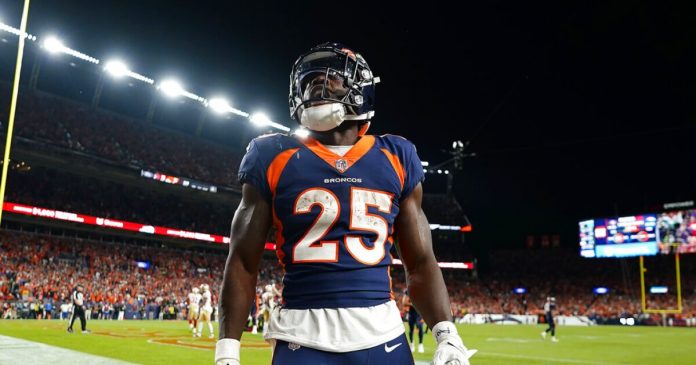 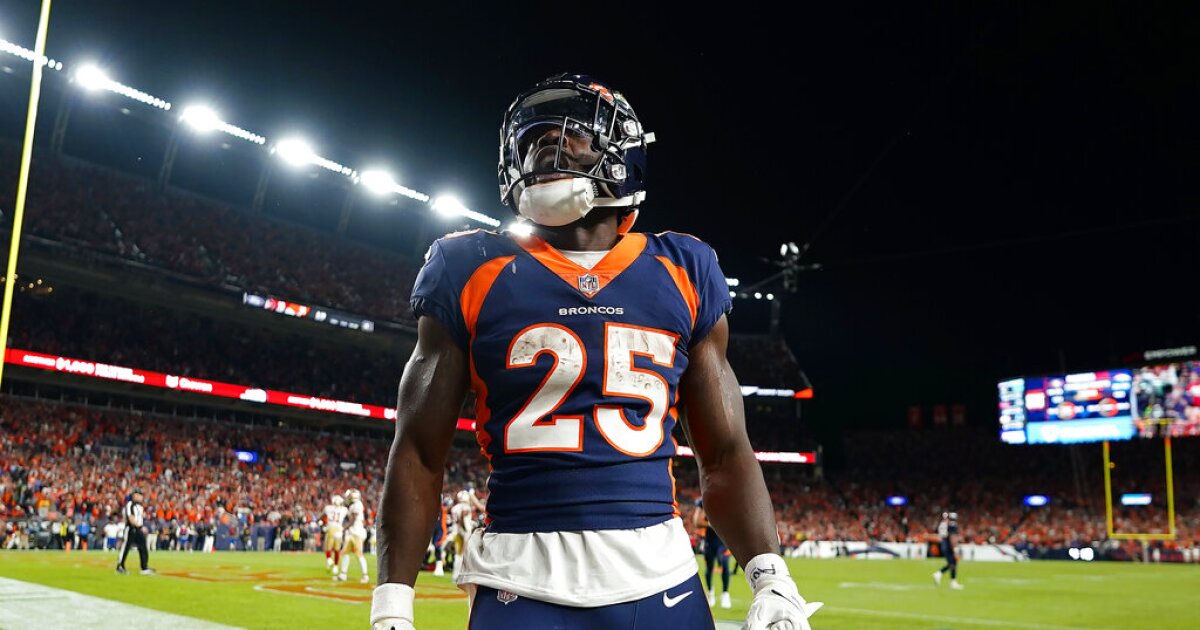 DENVER — The Broncos can only hide in mediocrity for so long. They have not been punished for their 2-2 start, but without a victory against the Colts on Thursday night, it’s fair to wonder if this franchise harbors delusions of adequacy.

This year was supposed to be different, with an offensive-minded head coach in Nathaniel Hackett and a future Hall of Fame quarterback in Russell Wilson.

Yet, the Broncos average 16.5 points per game (29th overall), rank last in red zone touchdown percentage and 23rd in third down conversions.

Simply put, a quarter into the season, the performance has not been good enough, at least not for a team bent on ending a five-year streak of losing seasons and a six-year playoff drought.

When I asked Wilson about the slow start, he said they are “within striking distance. We got’ em where we want ’em.”

And let’s be fair, the Broncos’ issues go beyond the offense. They are the NFL’s most penalized team (37), their rush defense plummeted from sixth to 18th overall after last Sunday, and they are thin at safety and outside linebacker. But, the NFL remains as sympathetic as a parking ticket. No one cares about your problems.

The Colts don’t. They enter Thursday’s 6:15 p.m. game on Denver7 without their top offensive player — All-Pro running back Jonathan Taylor was ruled out with an ankle injury — and best defender (linebacker Shaquille Leonard, concussion, broken nose).

Can the Broncos get back on track? My Denver7 keys to a victory:

Play to Wilson’s strengths
The Broncos offense remains perplexing, unable to establish an identity. With running back Javonte Williams lost for the season, it’s time to lean more on Wilson and play to his strengths — a moving pocket, bootlegs and less predictability out of the shotgun. Wilson accounted for three touchdowns vs. the Raiders. As they say in hoops, it’s time for a heat check.

Use your Gut, not the Script
Too often, it feels like coach Nathaniel Hackett is calling plays because they were predetermined before the game. React to the defense more. If a play is working, stick with it. Get the offense in a rhythm. Denver has only 26 first downs over the last two games. The Broncos gained seven yards in the third quarter against the Raiders. Those four straight three-and-outs contributed to the loss as much as anything else.

Don’t Completely Abandon The Run Game
Fans have lost patience with Melvin Gordon after his fifth fumble in five games dating to last season. He will be booed. However, Gordon has an opportunity on Thursday to change the narrative. He’s not looking over his shoulder. He knows his role for this game. Mike Boone is the change of pace back, but struggled in pass protection and pass catching vs. the Raiders. And it’s unlikely Latavius Murray contributes after joining the team on Tuesday and playing Sunday in London. So, can Gordon deliver 75 yards and protect the rock? That balance is critical to keeping the defense rested. Denver’s offense logged 53 plays vs. Las Vegas, while the Raiders finished with 75.

Go Deep, Russ
The reason the run game must percolate? It sets up Wilson to go deep on play action, something he has done better than anyone since 2016. According to Zebra Technologies, Wilson averaged 9.7 air yards per completion and 11 air yards per attempt, third best in Week 4. Courtland Sutton can move the sticks. It’s up to Jerry Jeudy and K.J. Hamler to create chunk plays, and the entire receiving corps to reduce drops.

Don’t Run From the Problem
Nose tackle Mike Purcell called last Sunday’s defensive performance “unacceptable.” The Raiders’ Josh Jacobs ran them over. Tackling was suspect from the linebackers, and Denver lost too often at the point of attack. Time to regroup against a slumping Colts offensive line and backup running backs.

Strip Sack Attack
Colts quarterback Matt Ryan has been a turnover machine. He has fumbled nine times, losing three, and thrown five picks. Want to win convincingly? Win the turnover battle. The Broncos have one interception this season. The goal should be three turnovers on Thursday.

Balance Urgency With Discipline
OK, the Broncos’ starters did not play in preseason. Hackett prioritized health over game reps. It predictably led to a clunky start. But they are four games in now. No excuses. The mistakes from Hackett and the players must shrink dramatically. Hackett admits they haven’t played their best football. It’s time for that to change in what sets up as a must-win game when considering potential AFC playoff tiebreakers.