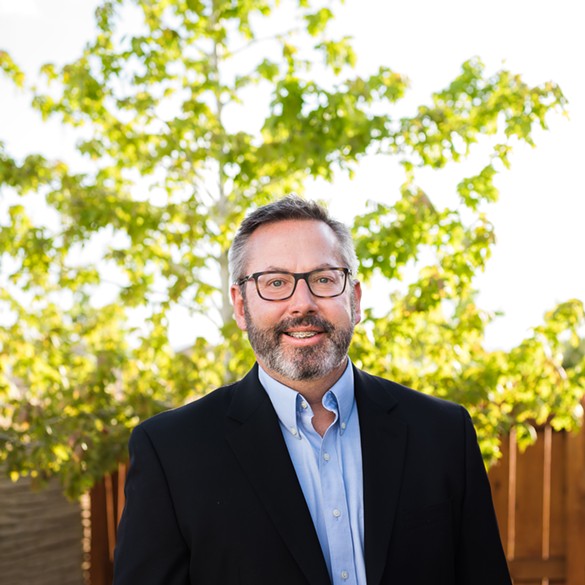 There is insufficient evidence that El Paso County Commissioner Mark Waller has vacated his home in District 2, which would require he step down from his commissioner role. That was the May 21 ruling by District Attorney Jeff Chostner of Pueblo’s 10th Judicial District.

Chostner took the case in a referral from the 4th Judicial District Attorney Dan May’s office. May sought the referral because he supports Waller’s opponent, his Deputy DA Michael Allen, in the June 30 primary race for the Republican DA nomination. The report says tax-limitation advocate Doug Bruce filed the complaint at the behest of former County Commissioner Jim Bensberg, who did not return a call or email seeking comment.

The investigative report doesn’t indicate exactly how Waller’s residency was called into question other than saying Bensberg became aware Waller had gone through a divorce and moved. Bensberg then told former Colorado Springs Councilor Helen Collins. Though he said he never talked with Doug Bruce, Bruce told the investigator he filed the complaint at Bensberg’s request. Both Bensberg and Colorado Springs City Councilor Gaebler contacted Chostner’s office and later were interviewed.

Gaebler told Chostner’s investigator she supports Allen and that, although she didn’t report the residency issue to May’s office, “We [which are not identified in the report] were looking and we were planning to do something like get it out there just to make him look like you know he wasn’t a very good county commissioner… . It was going to be something to make him look bad.”

Asked to comment on the findings, Gaebler said in an email, “I haven’t seen all the evidence in this investigation, so I can’t comment on whether the outcome is appropriate, but as I said in the investigation, no matter where Mark Waller is living, he is either defrauding the Veteran’s [sic] Administration or the citizens living in his commission district. He isn’t an ethical person, and should not be our next district attorney.”

Waller obtained a Veterans Administration loan to buy a home at 603 Pioneer Haven Point in Palmer Lake last fall. The VA loan requires the borrower to occupy the house within 60 days of closing. Government agencies rarely disclose when an investigation is underway, so it’s not publicly known if the VA is aware of or concerned about the circumstances of Waller’s loan.

Chostner didn’t rule on that point, telling the Indy via email, “That is an issue for the VA to look into. They can determine whether he’s entitled to the loan or not; and if not, then it is a federal matter for them to resolve.”

According to the 10-page investigative report, Waller spent time with his girlfriend at a home he purchased last year outside his district in Palmer Lake, but his official address lies within his county commissioner district at 7116 Mustang Rim.

Waller’s residency was established through interviews with neighbors, mail addressed to him on Mustang Rim, his driver’s license bearing that address, and a series of rent checks for that house, along with the lease for the Mustang Rim property.

Gaebler discussed the issue with Allen’s campaign, she told investigator Darren Kochis. She said they were “Trying to plan what… what we thought would be most harmful to his election campaign.” She also said “the campaign” told her the case had been filed but that she didn’t know who filed it.

According to the 10th Judicial District’s report, Gaebler conducted something of an investigation herself, gathering information to show Waller spends most of his time at the Palmer Lake home. She also apparently drove by the house, noting there was a Christmas tree in the window in December, and dug for photos on social media that would prove he lived there. She also claimed that Waller’s home on Mustang Rim was sublet to someone else.

“Gaebler said she would send me a detailed list [of evidence] which she later did,” the report said.

Gaebler said she and former County Commissioner Bensberg both worked to expose Waller’s living arrangement. Bensberg told the investigator he went to the Mustang Rim house and a man who answered the door described himself as “kinda his roommate,” meaning Waller’s. (Waller previously told the Indy he took in a roommate to help pay the rent.)

Bensberg said he shared his suspicions with Collins but didn’t talk to Doug Bruce, Collins’ friend, about it. But Bruce later told the investigator he obtained the information from Bensberg and then filed the complaint with the DA’s Office, because “Bensberg preferred to be out of this.”

Bensberg, however, told the investigator his relationship with Waller could be described as “political friends.”