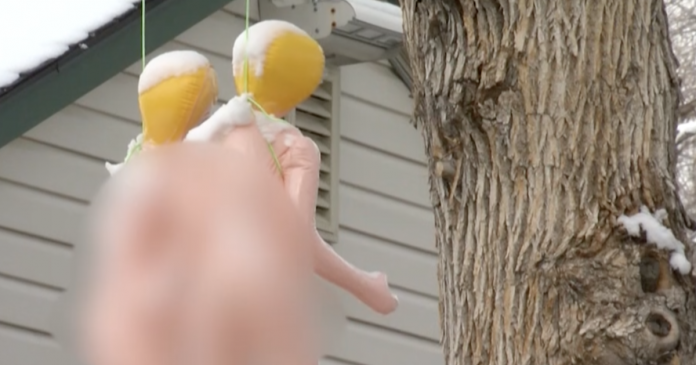 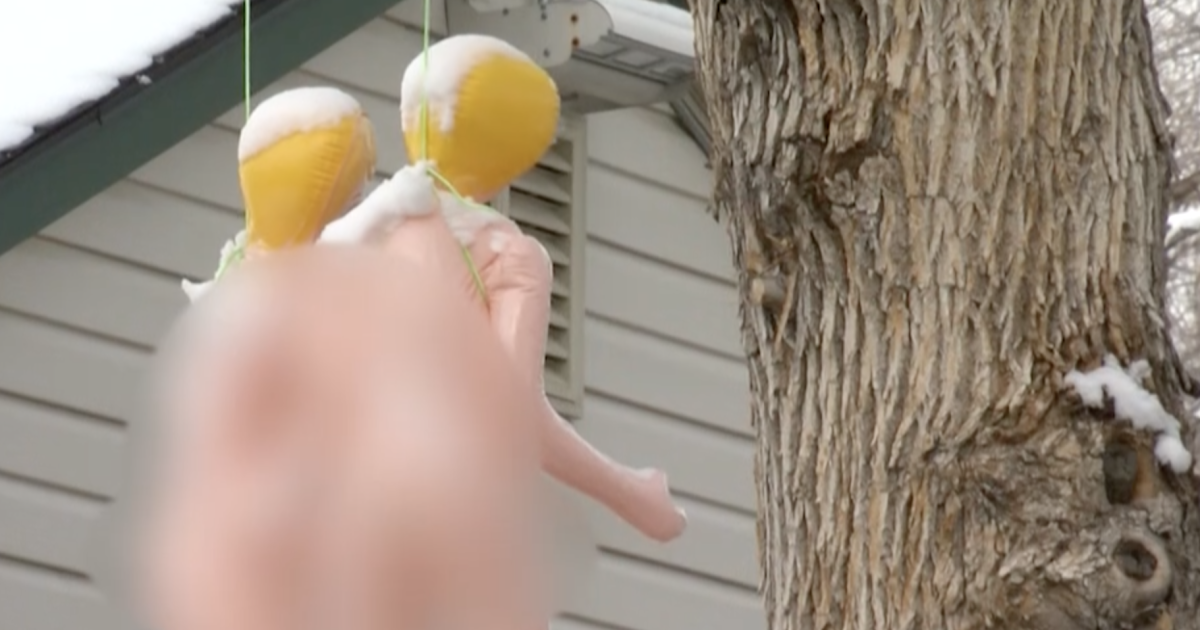 LAKEWOOD, Colo. — A back and forth dispute between next-door neighbors is spilling over to the rest of the neighborhood.

Four blow-up dolls and a blow-up lama were hung over the weekend at a home on West Dartmouth Place in Lakewood. The dolls are intended to be little more than gag gifts.

The dolls hang onto the property of the man who owns them. The tree itself is on the property of his neighbor. Both tell us off camera they have had disagreements over the years about everything from tree limbs to cars parked in back yards.

“I understand there’s a dispute between neighbors but they made it a neighborhood dispute,” said neighbor Andy Hodler.

Neighbors are taking issue with the dolls being hung in plain site.

“I’m not sure what the things are that they’re trying to prove here with the situation but it’s very offensive. Not only for a person of color, but for anyone that sees something like that,” neighbor Morris Thompson tells Denver7.

When we asked the homeowner why the dolls, he responded, “that’s all I could get”.

The homeowner says it’s within his right to keep the dolls up and that’s what he plans to do.

“Our agents responded out on this on Sunday, March 28th. They did document the call as a non-criminal incident. The report and information will be followed up on by our Community Action Team, which will most like entail some mediation for the neighbors.

There is no criminal or ordinance violation that would apply. Unfortunately like some holiday decorations that are put up, not everyone agrees with the display. As I said however, our Community Action Team will work to help those involved in hopes of coming to a resolution. Our Community Action Team has worked through several neighbor, apartment and business disputes over the past few years.“