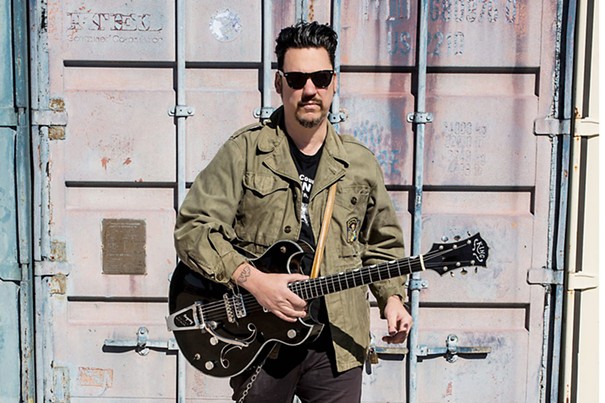 How could you not like an artist who’s recorded in the studio with outlaw legends Johnny Cash and Waylon Jennings, written scores for two Rob Zombie movies, and gifted us with songs like “Lord Don’t Let Me Die in a Cheap Motel” and “I’m at Home Getting Hammered (While She’s Out Getting Nailed)”? You can’t, of course. And even if you could, Jesse Dayton would keep doing it anyway (except for the Johnny Cash and Waylon Jennings part, them being dead and all).

Like his hero Kinky Friedman, whose songs Dayton covered on a full-length tribute album, the Beaumont, Texas, native is also known to slip out of character and deliver a sincerely moving ballad when you’d least expect it. That’s especially the case on 2016’s The Revealer, which is the working-class survivor’s most personal album to date. The songs, he’s said, are about “all these desperate characters that were trying to get out of East Texas and didn’t quite make it.”

Fortunately Dayton did make it out — he’s been living in Austin for years — and true Americana fans are better off for it.