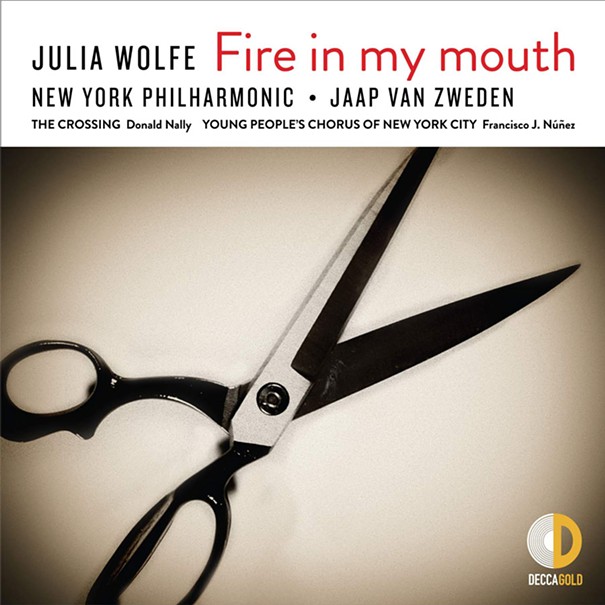 It’s not often this pop-music column explores modern classical music, but it’s not often someone shakes up compositions the way Philip Glass or Robert Wilson did in years past.

Julia Wolfe has already brought classical music to the service of labor history, but when she decided to retell the tale of the 1911 Triangle Shirtwaist fire that killed 146 workers, she made a multimedia narrative of immigrant labor organizing. Fire In My Mouth (Decca Gold) brings together the New York Philharmonic, the Young People’s Chorus of New York City and vocal ensemble The Crossing to create an oratorio that is powerful in audio-only CD, but that gains stature in performance for its visual representations of the Triangle Shirtwaist women.

The album is divided into four movements, “Immigrant,” “Factory,” “Protest” and “Fire.” On first listen, the ascending crescendos of the first two movements stand out, but the reading of the names of all 146 women in the final movement is remarkable.

Can an audio recording do justice to such a visual performance? Yes, emphatically, though an eventual video that shows the women in costume marching in unison will carry the power of the TV adaptation of Margaret Atwood’s Handmaid’s Tale, at the very least.