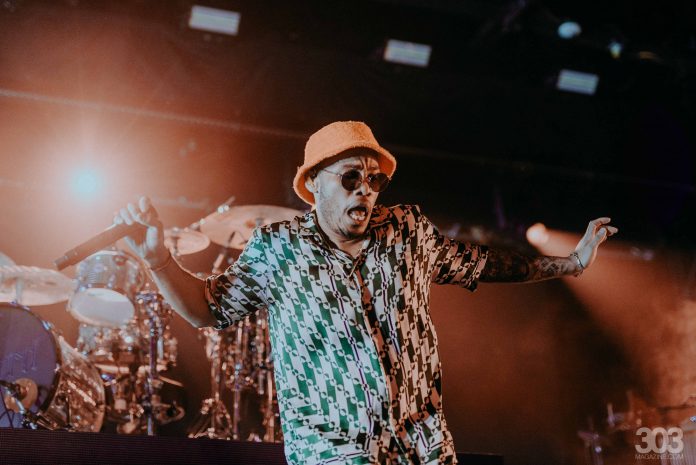 …and then there was a twist. Visible’s Phonetopia installation in RiNo is still in full swing, bringing an immersive phone experience to life as well as intimate music performances, but tonight the lucky few attendees who nabbed an RSVP get something a little more special. So far Maggie Rogers and Haim have played it’s royal blue stage, delighting guests with off-kilter covers and acoustic renditions of their hit songs. Tonight, French Montana was slated to perform but for reasons unknown, he will no longer be able to make it out to the Mile High City. Fret not however, as none other than Anderson .Paak will take his place alongside the previously announced Tierra Whack. Not to make any assumption, but telling by .Paak’s overwhelming popularity in Colorado, the last-minute replacement may, in fact, be an upgrade.

Anderson .Paak and the Free Nationals played a sold-out Fillmore Auditorium in February and returned for a blowout performance at Red Rocks Amphitheatre in June, atop his newest albums Oxnard and Ventura.

Tonight’s Phonetopia performance with Anderson .Paak is unfortunately sold out at the time of publishing. GRiZ will perform as scheduled tomorrow night, and Kacey Musgraves will close out the experience on November 23. Admissions for all the performances are free but RSVP-based and only available while space permits.