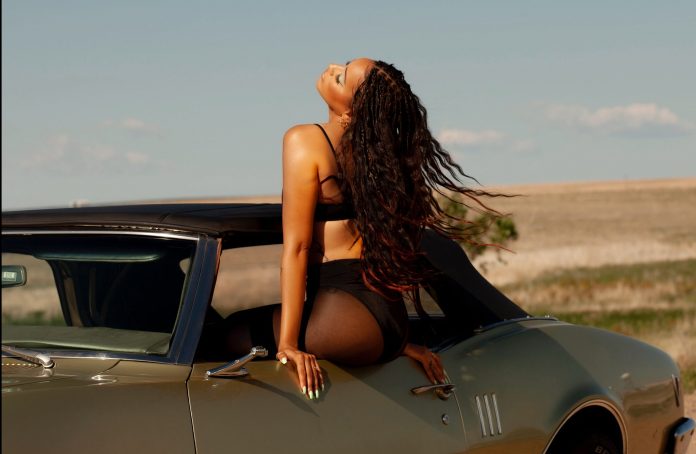 Unbothered, as a state of being, may have fallen all the way out of 2020’s vocabulary, but no one told Kayla Rae that. The Denver pop-singer heralded as the “next up” by no shortage of local radio personalities and media outlets over the years, spent the last four months holed up in the studio figuring out just how unbothered one can be given the circumstances. The result, her long-awaited debut EP entitled Pressure, embodies a diamond in the light, a shining testament to a young woman’s ambition and vision, only years spent manifesting could attain. A world in disarray and a pandemic wreaking havoc be damned — Kayla Rae has never sounded more focused. Pressure is audacious and self-assured, braggadocious at times and vulnerable, but most importantly — Pressure is uncompromising to the point where the entire concept of pressure as it relates to Kayla Rae feels effortless. 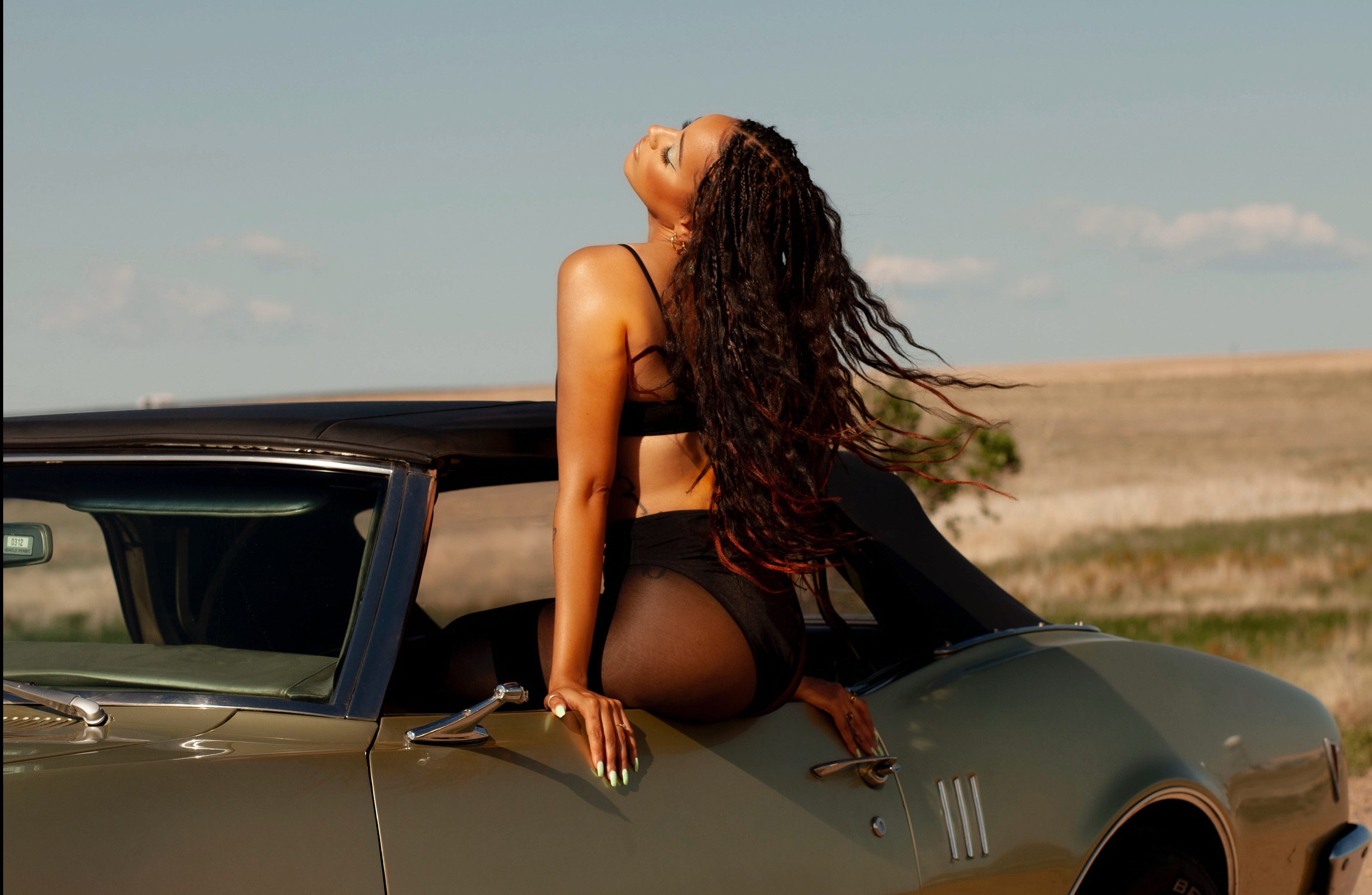 Born Kayla Rae Jackson and raised in Colorado Springs by a single mother alongside four other siblings, Rae knew early on the type of artist she wanted to be.

“When I was younger and I would watch award shows or MTV behind the scenes and shows like that, and I would just watch artists like Aaliyah and Britney Spears,” said Rae reminiscing. “When you’d see them, they all were so confident, they were all so powerful and they knew what they wanted. Every time they were on stage, it was really captivating for me.

From graduating from Berklee College of Music and posting self-produced songs on Soundcloud to opening for Tyga and Doja Cat in March of this year, Rae has rapidly asserted herself at the forefront of Denver’s music scene with a confident persona and a voice to match. If her younger days provided any insight into what type of artist she wanted to be, Pressure is very much a full-circle moment on the artist she is becoming.

Invited to an unassuming studio off of Kalamath Street, I got the first taste of Pressure. Hazy red and blue lights set the atmosphere for Rae, hair in a high ponytail donning a simple black shirt emblazoned with the word-made-mantra “Grind,” as she led me through the project’s brisk nine tracks. As a longtime singles artist, Pressure represents far more than a creative exercise born from an ever-extending quarantine. For Rae, it felt like a long-overdue introduction.

“I think when COVID hit, it kind of gave everybody a break and stopped everything,” remarked Rae. “Last year we had so much opportunity with radio, and at the beginning of this year, I was on a radio run, but all of that stopped. Everybody was locked inside. There was literally nothing to do but create music. I was just like, this is it — this is the time now. I feel like it was given to everybody for specific reasons, but this is why it was given to me because God knew I wanted this for so long and there was never the right time, but it was right — it was right now. It kind of created itself and just came out naturally.” 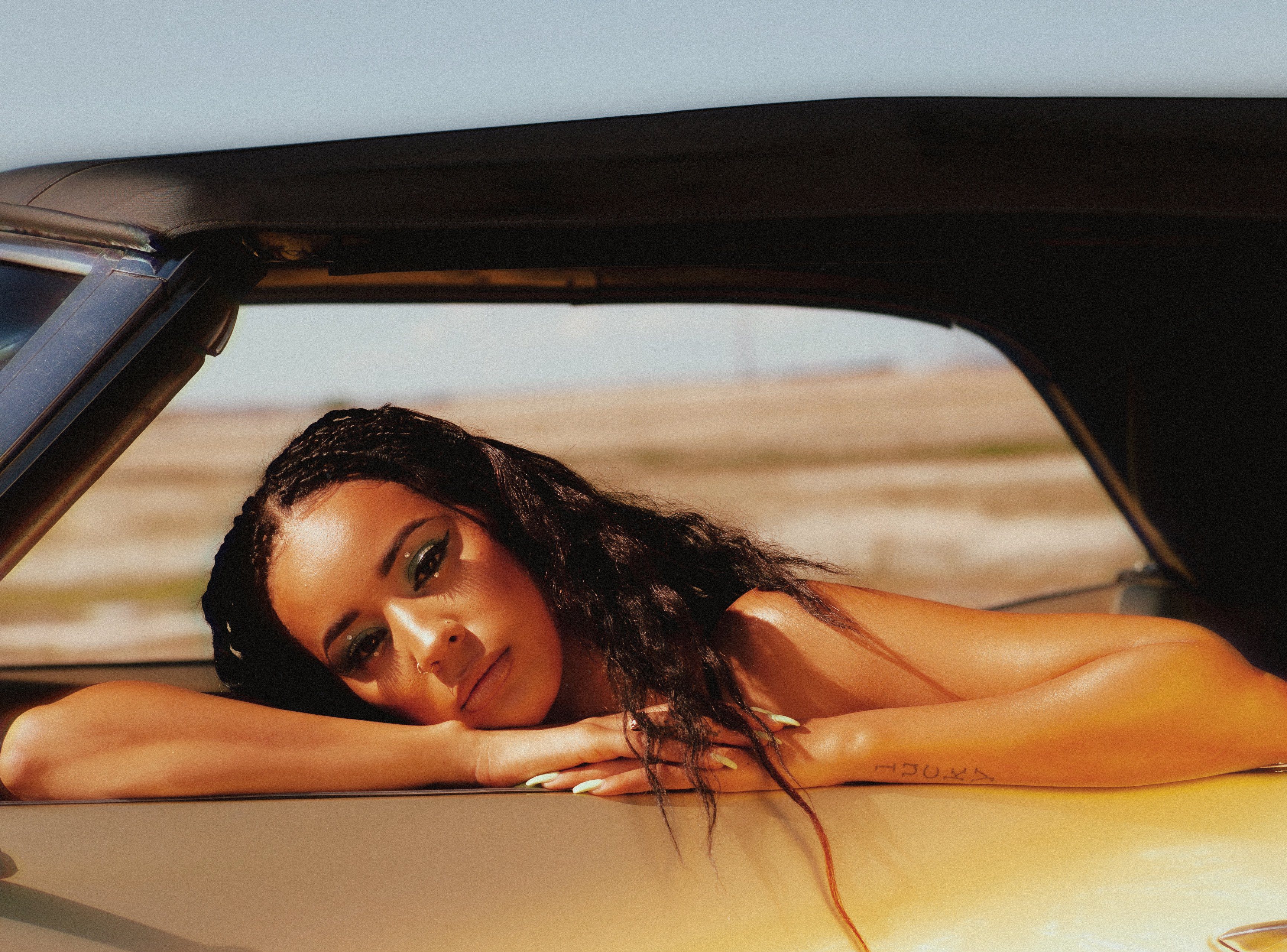 Pressure opens with the title track — an ode to the hustle to the breezy tune of its anthemic chorus, “know we blessed because the work never slows down, worry less because it’s already worked out,” and when Rae hits the cadence she gives you no choice but to believe her. The proof immediately follows in the single ready “Mad” and the previously released single “Someone New,” both of which have Rae embodying the head out the window no-fucks-given attitude that marks the EP’s cover. The pair of instant earworms have Rae in a sweet spot of nimble pop songwriting that has made stars of Kehlani and SZA, and soon Rae herself. “Y.K.T.F.V” is standard weed smoke in the studio fare that hovers around with “hit it and quit it” intentions in the forefront, Uber waiting outside and all. The one-two punch of “Curved” into “2 Late” is a shameless flex of a joyride whose kiss-off voicemail (“we’re sorry the caller you’re trying to reach no longer gives a shit about you”) is a whole serve unto itself, not to mention the unmistakable contribution of rapper Nay Renee.

The final two tracks, outside of the remix of “Practice” are perhaps the most consequential to Rae — “Real” and “Who I Am.” “Real,” a song that Rae admittedly calls one of her favorites, and sang along to in the studio before whispering, “I’m going to love that song forever,” was a long time coming. Produced alongside longtime friend Ryan Tedder (not of OneRepublic fame) and her longtime producer Jon Bonus, “Real” is smoldering and vulnerable in a “real recognize real” type of admiration, one that could be applied to Tedder as he helped her get set up to create music and in 10 years time finally got on a track together.

“The record feels very R&B and it’s about finding real love. It’s about finding someone who’s just down for you, who keeps it real with you and you don’t find that a lot. It’s special in so many ways, but because two of my favorite people created it with me and I don’t think I’ll ever get tired of listening to it or singing it.”

On the other side of the coin, “Who I Am” encapsulates the ethos of Pressure and the relief that comes from stepping into your own and letting the music speak one’s truth. In fact, as a whole, Pressure latches onto this truth Rae has to tell, and the reason it feels so unbothered is the sheer catharsis of creating for the sake of creating with no expectations to weigh down the process. In the same breath, it is empowering to watch creation come from a crippling environment, but not giving it a chance to diminish one’s shine.

“I realized I had to go through everything because ultimately it was for my best benefit. If I approach situations like, ‘Oh, this is here to kill me, or this is here to stop me,’ then I’ll never move forward. I have to believe that everything happens because it’s supposed to work out for me in the end. I thought about the last few years and why everything transpired the way that it did, and it was so that I could make this, this was the diamond — this was the result of all that pressure, all of those expectations realizing, okay, I don’t actually need any of that.”