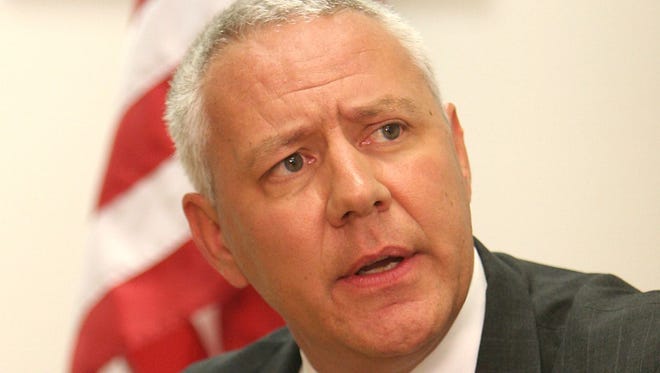 U.S. Rep. Ken Buck on Thursday assigned some blame for the deadly riot at the U.S. Capitol to President Donald Trump, one day after saying Trump was not at all responsible for the destructive mob.

But the Windsor Republican does not think Trump should be removed from office.

“I think there’s plenty of blame to go around,” Buck said during an appearance on KDVR-TV. “The president deserves some of the blame. His language, obviously, got people fired up.”

Buck, who is also chair of the Colorado GOP, said he thinks the riot stems from years of political divisions in the U.S.

“I blame myself and I blame others in Congress for what happened,” he told KDVR. “The bottom line is we need to figure out a way to move forward and find ways to develop good policy without the kind of rhetoric and heat that has been developed.”