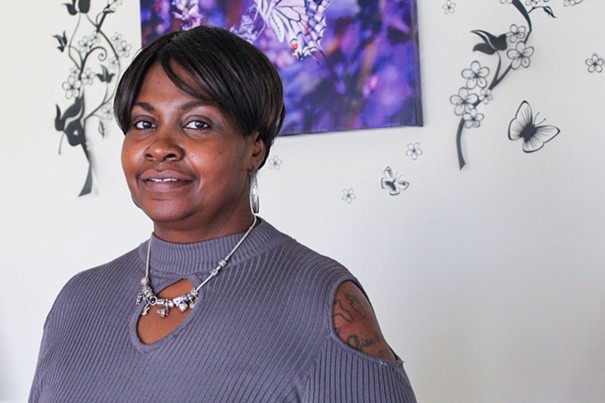 “I always knew that I wanted to give back and support other families,” says Jenkins, a domestic violence survivor. “So I stepped out on faith in 2013. … The rest has been history.”
Most of Kingdom Builders’ work falls within two programs: Project Right Direction, which includes mentorship and training for underserved youths; and My Brothers’/Sisters’ Keeper, which provides education and support for survivors of domestic violence.

Young people enrolled in Project Right Direction include 11- to 17-year-olds in the early stages of involvement in the juvenile justice or corrections systems. They often have behavior problems stemming from childhood trauma, Jenkins says, and the mentoring and counseling Kingdom Builders provide helps them to come to terms with that.

“A lot of them that are coming in, they have no clue why they’re doing what they’re doing,” Jenkins says. “We start just giving them another outlet to kind of talk about what’s going on, and giving them some hope, so they can start dreaming beyond where they’re at.”

She has found that working with entire families — addressing each family’s unique needs — makes it much easier to help children and young people with school and behavioral problems.

“If the family is broken, we can work with one aspect, but the other aspect is being left behind,” Jenkins says. “And that’s what we realized when we were doing Project Right Direction. … We had the kids invested. But the parents were kind of not so involved. But now we’re taking a different approach, and now we can provide services for the parents.”

Jenkins’ nonprofit does that through family counseling, parenting and career skills training, financial support and more.

Jenkins makes sure to emphasize that both men and women can find themselves victims of domestic violence — and that it can include emotional as well as physical abuse.

The next big step for Kingdom Builders, Jenkins hopes, will be a transitional housing program for victims of domestic violence. Many people go back to abusive relationships for financial reasons, including housing. But Jenkins wants to change that reality.

“My whole philosophy is changing the narrative of how families see themselves and how others see themselves when they’re experiencing trauma,” she says. “We know that we can thrive.”