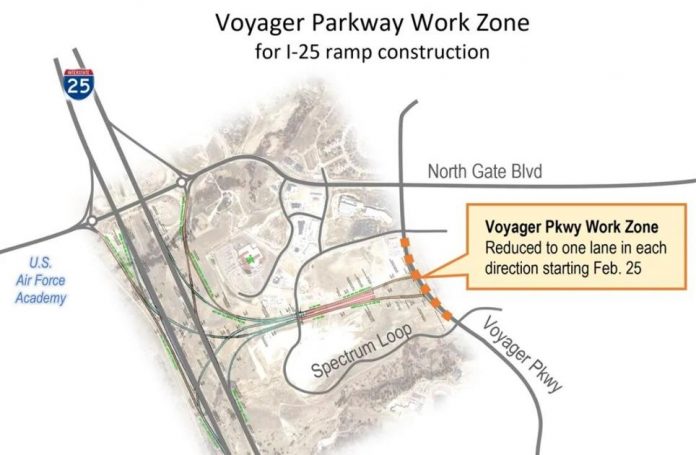 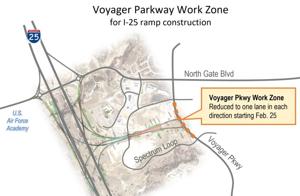 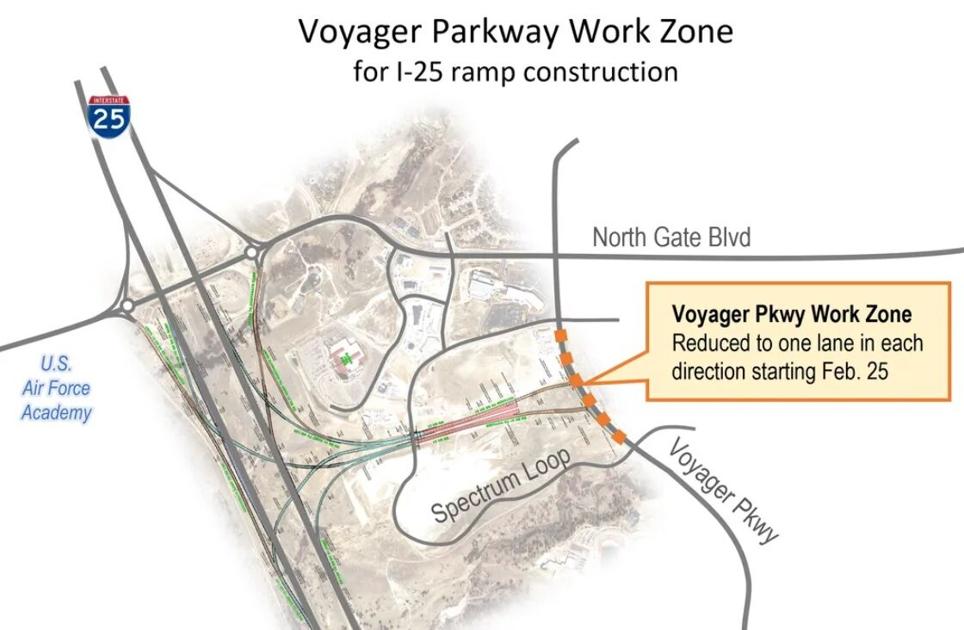 Construction will soon begin on Voyager Parkway near Spectrum Loop on a new interchange project that will eventually connect Powers Boulevard to Interstate 25 on Colorado Springs’ far north side, officials announced.

According to a project update released Monday, two “closely-spaced signalized intersections on Voyager Parkway will serve as the interim entrance and exit for the new I-25 interchange currently under construction.”

The work is part of a $65 million project that includes construction of a four-lane divided highway between I-25 and Voyager Parkway, south of North Gate Boulevard. Drainage upgrades, intersection improvements and six major bridges are also part of the project. The project was financed with bonds to be repaid by revenues from Polaris Pointe, a retail complex that includes Bass Pro Shops, Magnum Shooting Center and dozens of other businesses.

Funding has not been secured to construct the second part of the Powers Boulevard connection between Colorado 83 and Voyager Parkway, according to the project website.

Beginning Thursday, Voyager Parkway south of North Gate Boulevard will be reduced to one lane in each direction for approximately two months.

Some delays are expected during peak travel times and work will generally occur on weekdays during daylight hours, the project website says. Extended construction hours and weekend work are possible.

No lane closures are expected on northbound or southbound I-25 and the speed limit has been reduced to 65 mph along both directions of the highway through the construction zone.

The North Gate Boulevard off-ramp from northbound I-25 has been reconfigured through a temporary detour.

Crews with Wildcat Construction broke ground on the project in December 2019. It is still on track for completion this summer, the website states.

Two of six bridges being built during the project are completed, and two more are nearing completion on the east side of the highway. Southbound I-25 bridges are expected to be finished early this year.