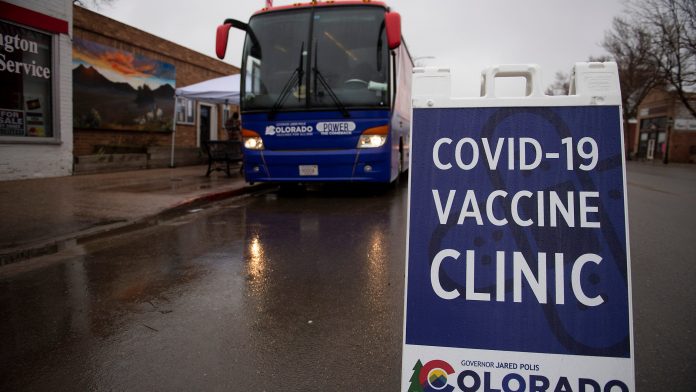 Larimer County’s voluntary vaccine verification program has been paused by the county’s Board of Health.

A resolution in support of the county’s mask mandate, with an amendment to pause the vaccine verification program, passed 4-1 at a Thursday meeting.

“At the request of the Public Health Director, the Board directs that the voluntary vaccine verification program … be paused indefinitely until additional input and information can be gathered from the community and the Board provides additional guidance,” the resolution stated.

Though the program wasn’t set to start until Nov. 1, the county decided to put a halt on it following community and business confusion and anger around it, along with requests for more information.

About the program:Larimer County offers businesses way out of mask mandate with ‘Verified Vaccine Facility’

“We know there was a lot of support for it, but I think the concerns kind of outweigh that right now,” Kori Wilford, spokesperson for the Larimer County Department of Health and Environment said Friday morning.

Wilford said that because the program wasn’t set to start for another 10 days, it could still be on track for Nov. 1, but the county needs to make sure there’s enough information, communication and transparency about what it will look like provided to the community.

A protest for the program, to be hosted by anti-vaccination advocate Del Bigtree and conservative political commentator Michelle Malkin, had been planned for Nov. 1, and Wilford said the department had seen a lot of rage and heard a number of complaints regarding the program.

One social media post inviting people to the protest said Larimer County is instituting vaccine passports, using taxpayer money as financial incentives for businesses to participate in a program that segregates the community by race and medical choice.

Many of the people upset with the program, mask mandate or both showed up Thursday to voice their concerns to the Board of Health.

One hundred and eight people had signed up for public comment, and another 40 shared messages with the board. Only about 25 commenters spoke, despite an extension of the comment time from 20 minutes to an hour. Wilford said the majority spoke against the mask mandate.

Much of the commenting was “trying to minimize the impact of COVID in our community” and “repeating misinformation,” according to Wilford.

County commissioners, she said, had also been “bombarded” with messages and concerns about the vaccine verification program and, even though the commissioners don’t oversee the actions of county health department, their input was taken into consideration.

“It doesn’t feel like anybody — the commissioners or the (Fort Collins Area Chamber of Commerce) — is opposed to it,” Wilford said. “They’re like, ‘We’re getting all this negative feedback and we don’t really understand enough’ … so it’s fair.”

Some companies might be ‘grandfathered in’ to the program

The vaccine verification program was rolled out as part of a public health order released Oct. 15 that announced the return of the mask requirement, and Wilford said that in combining the two, it’s likely some of the messaging “got lost” in the quick rollout.

But she said including the program in the mask mandate was intentional so they could support businesses that had already been requiring vaccinations and not making them feel like they “were taking a step back.”

“They’ve taken these huge efforts to enact these policies and enforce them and follow them in the spirit of reducing the spread of the virus and keeping their businesses going, and so it is frustrating,” she said.

As of Friday morning, the county was still trying to figure out if companies who had already been enforcing vaccine requirements and had their plans approved from the county for the new program can be “grandfathered in” to not requiring masks, despite the pause.

Related:What to know about flu shots and COVID-19 boosters, vaccines