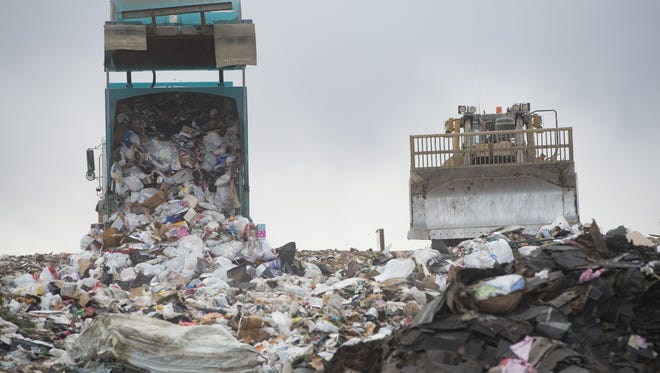 Larimer County Landfill customers will be paying higher rates next year to help pave the way for a new landfill and other major projects.

Residents who bring a car or pickup truck load to the landfill, 5887 S. Taft Hill Road, will pay slightly more in 2021, as will waste disposal companies and other haulers, said Lou Perez, interim director of Larimer County Solid Waste.

“The new rates are pretty nominal, in my opinion,” Perez said. “Even with this increase, we’re still dramatically lower than the other landfills in the area.”

Commercial haulers will see the tipping fee for compacted trash go from $8.20 per cubic yard to $9.65 plus a state surcharge of 65 cents per cubic yard.

Whether the higher charges for commercial haulers will be passed on to customers remains to be seen. Trash haulers are highly competitive when it comes to their rates for services.

The Larimer County commissioners are scheduled to consider approval of the new landfill rates on Dec. 1. Perez said he has heard no complaints about the rates.

Larimer County Solid Waste, which operates the landfill and transfer stations around the county, is a self-funded enterprise. It receives no taxpayer support from the county’s General Fund.

The department is projected to start 2021 with more than $50 million in reserves. But that number is expected to be brought down to $0 by the end of 2025 as major capital projects are built.

The first project is a transfer station on the current landfill site that will be built at the same time as a new facility for Larimer County Behavioral Health Services near the intersection of Taft Hill and Trilby roads.

Groundbreaking for both projects is expected early next year.

Construction on the new landfill site is expected to begin in late 2021 or early 2022, depending on when the department secures the permits needed for the facility, Perez said. It might be operational by mid-2023.

A community composting facility that originally was projected to be built at the current landfill site in 2021 has been pushed back a year.

The department is projected to bring in about $14 million in revenue in 2021, up from $11 million this year.

The landfill’s relatively low rates make it attractive to residential haulers from across the Front Range, Perez said.

Kevin Duggan is a senior columnist and reporter. Contact him at kevinduggan@coloradoan.com.