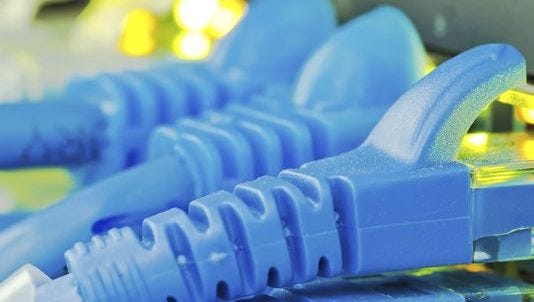 Larimer County is preparing to launch a program aimed at bringing high-speed internet service to areas outside city limits with poor connectivity.

The county would work in partnership with Front Range Internet Inc., a longtime internet service provider based in Fort Collins. With the help of advanced wireless technology, residents and businesses would have better internet access for working at home and doing schoolwork.

The program would include subsidies for qualified low-income households, said Mark Pfaffinger, the county’s chief information officer, during a recent meeting with the Larimer County commissioners.

Last week, the commissioners directed $100,000 to the program from funding targeted for COVID-19 recovery.

About $70,000 of the funding would be used to help low-income households with the cost of home installations and monthly service charges. Another $25,000 would go toward infrastructure, such as additional antennas, to boost the overall system.

The remaining funding would be used for outreach to low-income neighborhoods about the program.

With subsidies, the projected cost for a low-income household to receive 15 mbps service would be $20 per month. That speed should be sufficient for most business uses and schoolwork, Pfaffinger said.

The monthly rates include a more than 25% break on the cost of FRII’s service, Rodarmel said. The discounts would stay with qualified households.

“The ownership team is willing to commit to those rates to help the community,” Rodarmel told the commissioners. “This isn’t just coming from the county; we are playing in the game as well.”

About 280 households could be helped through the county’s initial investment, Pfaffinger said.

Internet speed-test data indicated four areas with particularly poor connections that could benefit from the program: north of Fort Collins; a mobile home park east of Interstate 25 in north Timnath; the Steeplechase Neighborhood in east Windsor; and the Campion area south of Loveland.

With the exception of the Steeplechase Neighborhood, the targeted areas have a high number of low-income households as well as insufficient internet speeds to work or do schoolwork from home, Pfaffinger said.

“It does position us to hopefully bring in a number of folks who have limited capabilities online,” he said.

With the COVID-19 pandemic, having an adequate internet connection at home has become more important than ever, he said.

While Fort Collins, Loveland and Estes Park have launched utilities to provide fiber connections to homes and businesses, county officials have said they don’t want to get into the business of providing broadband services.

However, the county wants residents and businesses outside of city limits to have solid options for viable internet connections.

Wireless connectivity is difficult in mountainous areas because of terrain and trees. But the county is looking into ways to ensure good internet service is available in places such as Red Feather Lakes and Pinewood Springs, Pfaffinger said.

“I think this could be a launching pad with Front Range Internet or other internet providers to look for ways to leverage federal grant dollars to go after some of those neighborhoods with actual programs that are effective,” he said.

Kevin Duggan is a senior columnist and reporter. Contact him at kevinduggan@coloradoan.com.