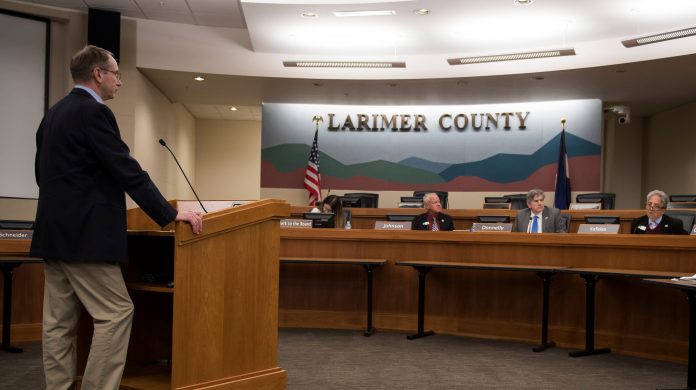 Editor’s note: Reading this story without a subscription? Get a year of access to Coloradoan.com for $39 now through March 18 by clicking here to subscribe. We appreciate your support of local journalism.

Larimer County commissioners on Tuesday halted permitting of oil and gas and “1041” land use applications until April 15 while county leaders work to revise regulations for the sometimes controversial processes.

The county has worked for months on its rules for oil and gas permitting after the Democrat-controlled Colorado legislature gave municipal and county governments more control over future development during its 2019 session. County leaders adopted their first ever regulations on oil and gas facilities in April 2020, but citizen groups have asked for increased public health and safety measures.

While oil and gas development in Larimer County is a fraction of that in neighboring Weld County, citizen concern over impacts related to the Front Range’s poor air quality and climate change have led to efforts to further limit development within the county.

A citizen-approved moratorium on hydraulic fracturing, or fracking, within Fort Collins city limits was struck down by the Colorado Supreme Court in 2016.

The county’s 1041 permitting process most recently caught public attention when commissioners in 2019 denied Thornton’s plan to build a water pipeline through the county. A Colorado judge has since upheld that decision, stating that Thornton failed in its application to meet seven of 12 criteria for the project.

The pipeline, opposed by potentially impacted county residents and environmental advocates, would pipe Poudre River water from near the mouth of the Poudre Canyon to the growing Denver-area suburb.

Thornton officials said in February they would take time to decide on next steps, including whether to appeal the court’s decision.

The county has scheduled a public hearing at 3:30 p.m. April 13 to decide whether to end, extend or amend the new moratoriums, according to a county release.

For questions about the moratoriums and related regulations, contact county Director of Community Development Lesli Ellis, 970-498-7690 or ellislk@larimer.org.