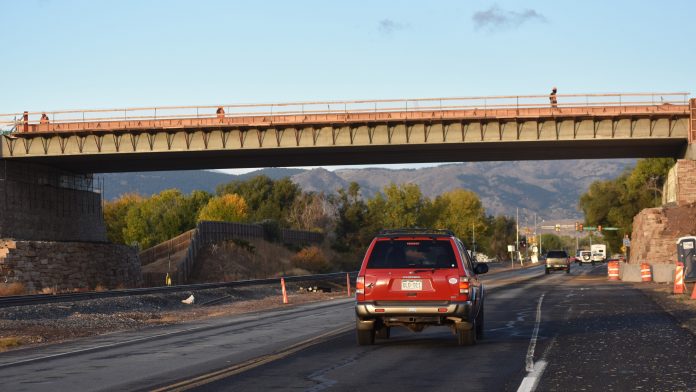 Construction of the $24 million Lemay Avenue overpass of Vine Drive and the BNSF Railway tracks will once again cause a major road closure in north Fort Collins.

The intersection of Lemay and Lincoln avenues will be closed during the day Wednesday through Friday, starting at 6 a.m., reopening during the evening and overnight hours each day, according to a city of Fort Collins news release.

The closure will allow construction crews to mill and repave the intersection, which is just south of the reconfigured Lemay Avenue that runs north over the train overpass at Vine Drive.

The intersection of Lemay and Buckingham Street will also be closed during those hours.

Traffic will be detoured onto Vine Drive and Mulberry Street. Drivers should use caution in the work zone and follow all detour signs.

The overpass is expected to open to traffic by the end of this year.

For more information and resources about the project, visit fcgov.com/engineering/vine-lemay.