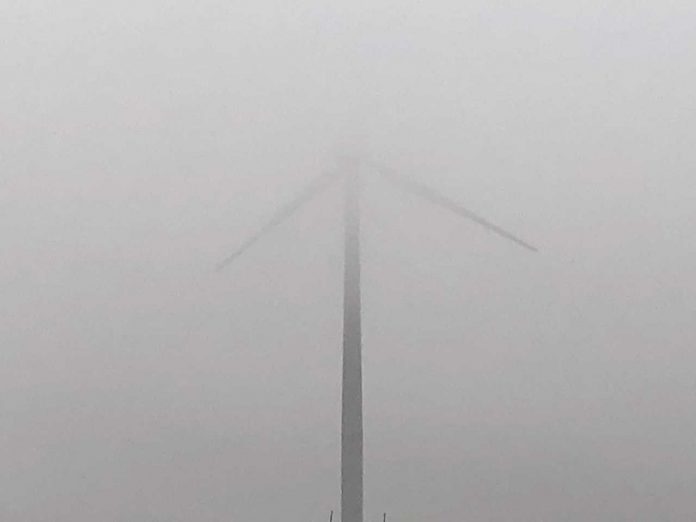 LINCOLN COUNTY, Colo. — Another squadron of drones has been sighted in the night skies over northeastern Colorado, this time in Lincoln County.

Lincoln County Sheriff Tom Nestor said he received a report from a rancher who spotted five to 10 drones flying 200 feet in the air in a grid pattern around 9:30 p.m. Thursday.

That rancher lives adjacent to a wind energy farm which stretches for miles.

The Federal Aviation Administration limits drones to daytime operations — from one half hour before sunrise to one half hour after sunset.

When asked if the FAA has detected any drones in the area, and whether anyone has applied for a waiver to fly at night, FAA public affairs representative Rick Breitenfeldt said, “I checked. No FAA drone reports in Colorado matching this location or description.”

Area residents are now wondering why anyone would be flying at night unless they didn’t want to be detected.

“The biggest problem I have is we’re a rural county and people get very concerned when large aircraft are flying over their property,” Nestor said.

Drone squadrons have also been reported recently in Washington, Phillips and Yuma Counties.

“Honestly, when I first heard these reports, I thought maybe people were taking criminal activity high tech — staking out properties,” Nestor said, adding that he has no idea what the drones are being used for.

He said he’s not aware of any photographs or video from them.

There is all kinds of speculation in the community.

Some residents wonder if the drones are being used to scope out an area for more wind energy farms.

Joseph Vencel, who works in the Peetz (Logan County) area, speculated that the drones may have infrared devices onboard.

“In my business, we do solar farms, and they use infrared to see how hot the panels are getting,” he said. “Maybe they’re looking for illegal grows, and are checking to see which buildings are getting hot and which ones are not.”

“It is kind of scary because out where I live, there are many people who have private planes,” he said. “You never know when one is going to take off, and if they’re big drones, that could be a danger.”

Resident Amanda Brown said she didn’t know whether the drones are cause for concern.

“I think people tend to blow things out of proportion,” she said. “And they tend to look and say, ‘There are drones,’ and think, there are people spying. But at the same time, I don’t really trust government either.”

Nestor said he’d like the drone operators to let him know what they’re doing, so he can answer questions when residents call.