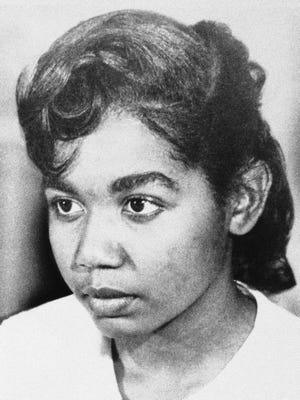 Melba Pattillo Beals grew up in a world of “no”s.

“My whole life was sorted that way — ‘don’t ride in the front of the bus, don’t go in that theater,'” Beals recounted over the phone Wednesday. Now 79 and living in California, Beals was born in Arkansas and came of age in the Jim Crow South.

“By the time I got to be 13, 14, I was pissed off,” Beals said. “That’s why I went to Central High School. I was tired … exhausted of being treated like a second-class citizen.”

In 1957, at just 14 years old, Beals made history as one of the Little Rock Nine — a group of nine Black students who enrolled at Little Rock, Arkansas’ all-white Central High School in a push for desegregation of the state’s schools.

This month:CSU celebrates Black History Month with more than 20 events

But on Sept. 4, 1957, when Beals and her Black classmates arrived at the school, they were met with jeers and threats from an angry white mob, as well as Arkansas National Guard troops enlisted by then-governor Orval Faubus to block their entrance.

Beals will speak about this experience — which she documented in her first memoir, 1994’s “Warriors Don’t Cry: A Searing Memoir of the Battle to Integrate Little Rock’s Central High” — via a Zoom presentation hosted by the Rotary Club of Fort Collins at noon Wednesday.

“I learned very quickly what death meant. I learned to be cautious,” said Beals, who was finally admitted to the school later that month, and kept under heavy guard by Army troops from the 101st Airborne Division. “I grew up at the speed of sound.”

Despite attacks by white students — including an acid attack that could have blinded her — Beals made it through her first year at Central High School. Faubus, however, further stalled desegregation in Arkansas schools by closing Little Rock’s high schools for the entire 1958-59 school year.

Beals would end up temporarily moving to California to complete high school.

After noticing the journalists who covered the Little Rock Crisis in 1957, Beals said she became fascinated with their work.

She went on to work as a television news reporter and radio news talk show host, write three books and teach journalism at Dominican University of California, where she founded its Department of Communications and Media Studies.

Beals has also been speaking about her experiences for years, conducting seminars on equality for schools, corporations, organizations and businesses. In 2020, at the onset of the COVID-19 pandemic, Beals moved her seminars and speaking engagements online.

And this past May, when Black Minneapolis man George Floyd was killed at the hands of a white police officer, Beals said the message she’s been speaking about for years became more prescient than ever.

“The only answer is civilized love,” Beals explained. “There are no solutions vested in violence or hatred or lack of acceptance of the truth.”

“The whole last year has been reminiscent of living under Jim Crow laws,” Beals added. “Mr Floyd’s death — if nothing else, it taught us that what happened in Little Rock can happen again. And do we really want to relive that?”

Want to tune in to Beals’ presentation Feb. 10?

Request a link to the Zoom presentation by emailing info@rotarycluboffortcollins.org or calling 970-658-0816 by Tuesday night.

Feb. 17: Rickey Frierson, the director of diversity and inclusion at Colorado State University’s Warner College of Natural Resources will discuss his research into Rotary Club Fort Collins’ brand within communities of color and advise members on steps to become more diverse.

Feb. 24: Mary Ontiveros, the recently-retired vice president of diversity at CSU will speak about growing up in Pueblo, Colorado, graduating from CSU and rising through the university’s ranks.