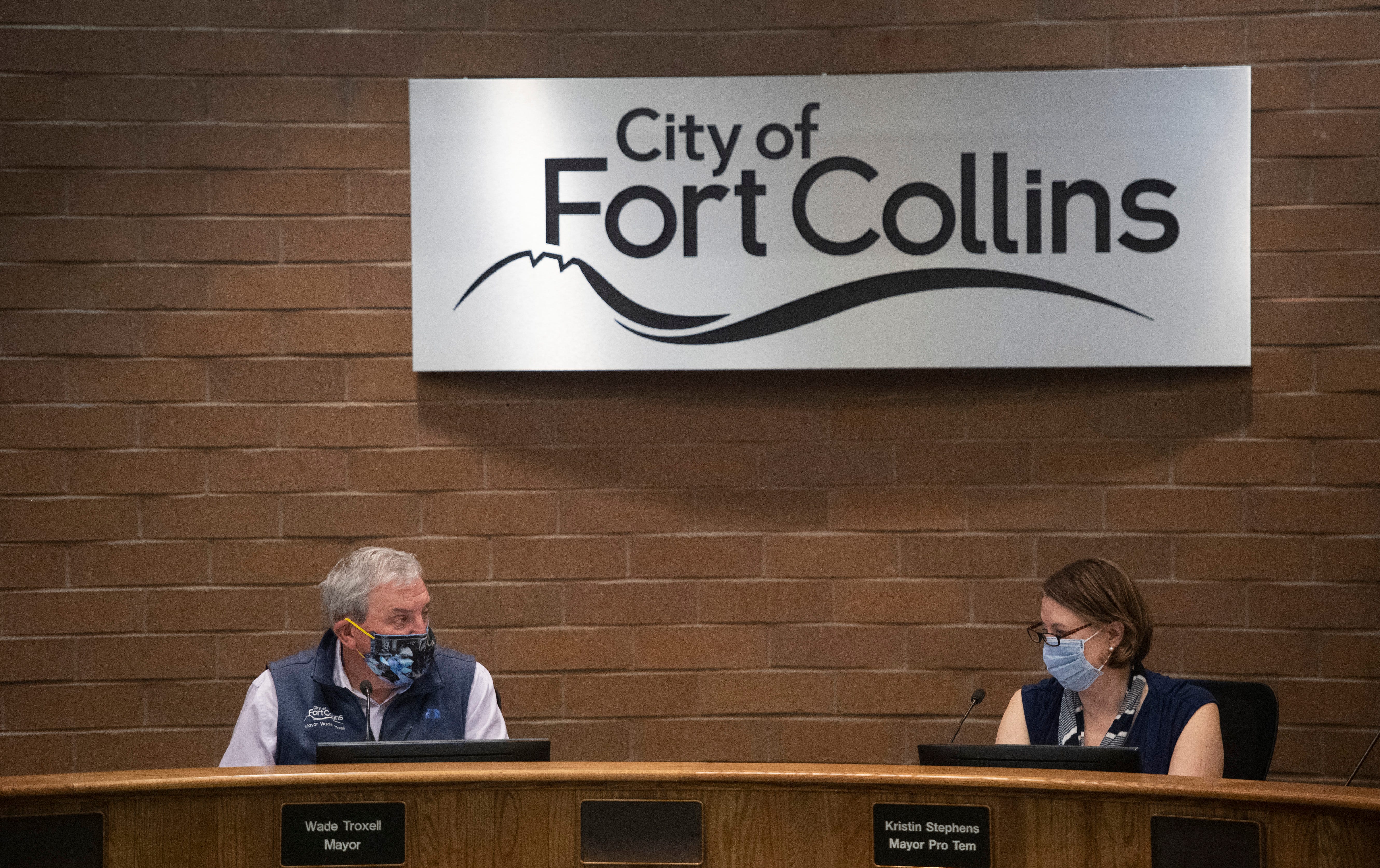 Council members Emily Gorgol, Ken Summers and Mayor Wade Troxell supported the rezoning. Council member Kristin Stephens recused herself after a third ethics complaint was filed against her and Troxell.

After the deadlock, Cunniff made a motion to ask staff to come back with a rural designation, which would minimize the number of homes on the site. Council deadlocked on that as well, putting the issue back where it was a year ago.

Fort Collins City Council will allow both remote and in-person participation at its meeting tonight, when council is expected to make its final vote on the rezoning of the former Hughes Stadium site.

The meeting begins at 6 p.m. and will feature in-person participation for the first time in more than two months. The expected vote on this issue has already been delayed five times and has inspired considerable public feedback.

You can follow along below as the meeting progresses. A full story will be posted at Coloradoan.com after the conclusion of the vote.

Anyone can watch the meeting live on Channels 14 and 881 or online at www.fcgov.com/fctv.

Those who want to comment on an agenda item can do so on Zoom at tinyurl.com/councilmeeting05192020. The link and instructions will also be posted at www.fcgov.com/council. Staff will moderate the Zoom session to ensure all participants have an opportunity to address council. Online participants will be able to see council members and any presentations during the meeting.

People who can’t participate online can call +1-669-900-9128 with the meeting ID 946 7606 1061 to address council. Phone participants will be able to hear audio of the meeting but will not be able to see live video or presentation materials.

6:10 p.m: Only a handful of people are lined up outside City Council chambers to talk about the Hughes Stadium proposal.

Six of the seven council members are in the chambers sitting 6 feet apart and wearing face masks. No members of the public are allowed to stay inside the chamber but are coming in one by one.

6:20 p.m: It’s a strange thing to watch council while social distancing from home, let alone in a configuration that has council members masked and sitting 6 feet apart. Some of the residents offering comments in person – who are also wearing masks – are regulars at council meetings, as is the first caller on Zoom.

Mayor Wade Troxell and council members listen to public comment during the first city council meeting during the coronavirus pandemic at City Hall in Fort Collins, Colo. on Tuesday, May 19, 2020.

6:30 p.m: Some Zoom calls into the council meeting sound garbled. “Can you hear me?” is a familiar lead for speakers.

6:40 p.m: Two speakers have asked council to postpone the Hughes Stadium decision until the pandemic is over and people can feel more comfortable attending the meeting in person. Both speakers have been outspoken critics of the rezoning plan.

7:00 p.m: Councilmember Ross Cunniff says perhaps the council should stick to phone-in comments as it figures out how to conduct public meetings during the pandemic.

7:15 p.m: Mayor Pro-tem Kristin Stephens recused herself from the Hughes discussion after another ethics complaint was filed Monday night. She and Mayor Wade Troxell were cleared of ethics violations twice, and Stephens said she was confident she would be cleared a third time. She said she would recuse herself “so as to not aggravate this untenable situation.” Troxell decided to continue to be part of the discussion.

The rezoning of Hughes Stadium passed 4-3 in December when council first took up the rezoning with Stephens voting with the majority. If the remaining six council members maintain their original vote, the zoning decision would deadlock.

(Story continues below the gallery)

7:40 p.m: Public comment on the Hughes Stadium site rezoning is well underway. City staff says 22 people signed up to speak in person, while more than a dozen have signed up to speak through Zoom. So far, one of the main pitches is to turn at least part of the site into a wildlife rehabilitation center.

7:55 p.m.: In-person public comment has ended. Zoom callers are starting to weigh in. Everyone commenting so far supports low density, residential foothills zoning recommended by the city’s planning and zoning board.

8:22 p.m.: Public testimony has concluded with more than 30 people speaking against rezoning the Hughes Stadium into two parts: one that allows higher density closer to Overland Trail and one that encourages lower density closer to the foothills. City staff broke with the recommendation from the planning and zoning board that recommended low density Residential Foothills or RF zoning for the entire 160 acres.

8:37 p.m.: After a brief break, council is back and starting to discuss the rezoning.

Check back at coloradoan.com after the final vote to read our full story on the council meeting and the result of the vote.