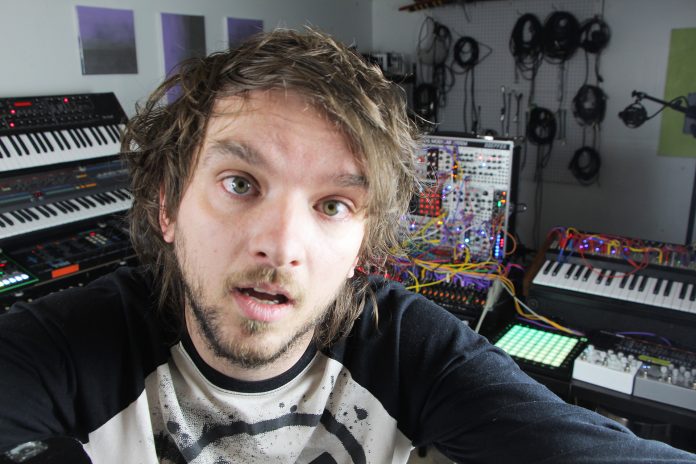 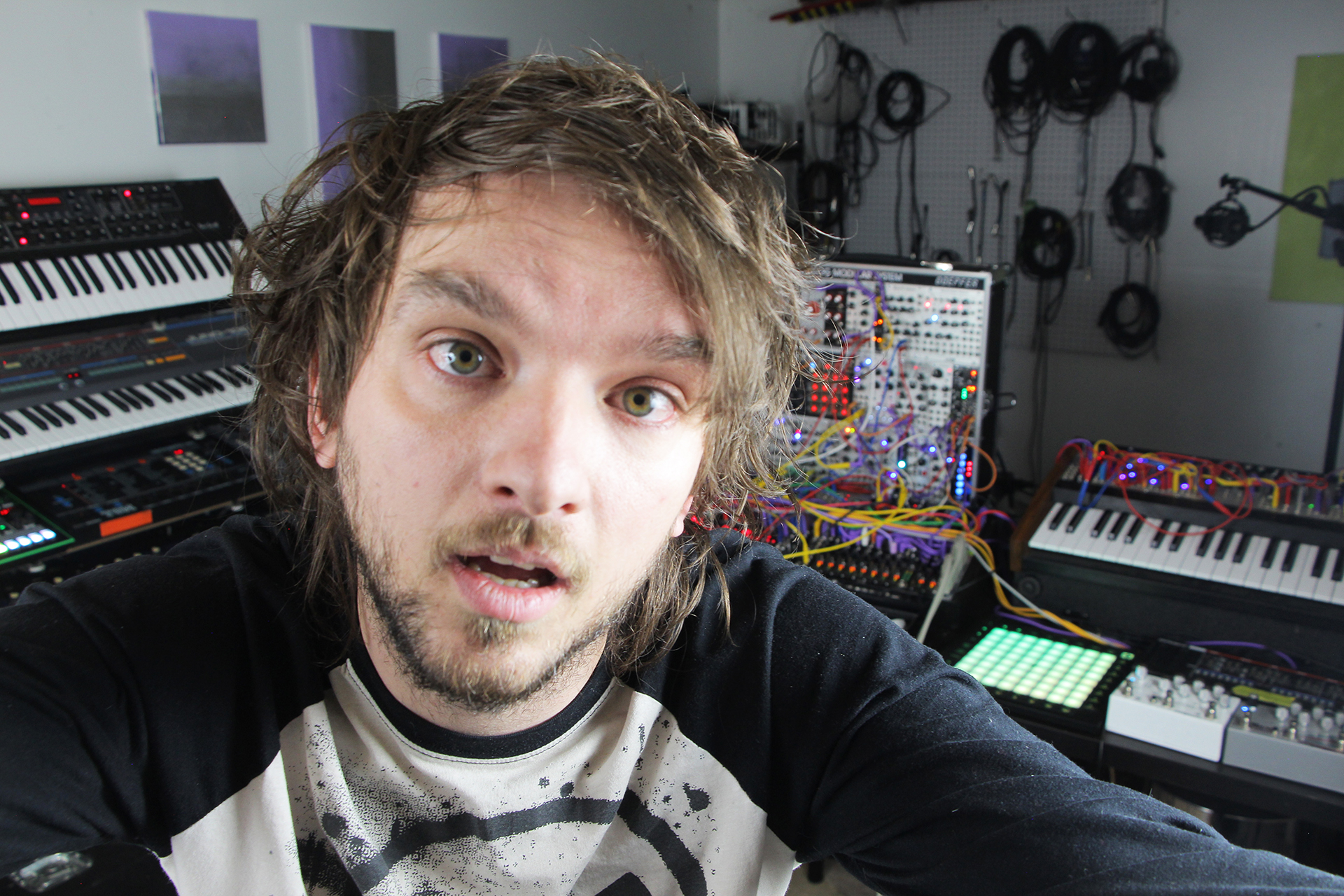 If there’s one thing we may collectively need right now it’s a vacation. Circumstances being what they are, riding off into the sunset on the premise of, “getting the fuck out of Dodge” has never been so appealing. Enter Denver producer and modular synth aficionado Alex Anderson, known professionally as Nasty Nachos and his digitized sunset of a debut EP, The Getaway.

The project, a long time coming, is a culmination of clout Anderson has built up over the years as a formidable live synth-pop act in the vein of Todd Terje and Fatima Yamaha. With the exception of a couple of sparse collaborations over the years, The Getaway is Anderson’s first attempt at stepping out in earnest — and he makes a run for it. Gambling on his arcade of synthesizers and a Sega Genesis range of possibilities in a fabricated sweet spot of ’80s outrun, Anderson manages to offer a very real catharsis against an analog backdrop.

For Anderson, The Getaway began on a trip to Oslo, Norway last year. Influenced as much by traveling across a landscape of rolling hillsides and fjords as the Norwegian electronica legacy of acts like Lindstrøm and Marius Circus, The Getaway is electronic escapism encapsulated.

“I feel like I’ve been making music like this forever but I don’t let a lot of people listen to it,” says Anderson on the recording of the album. “It’s liberating to be able to say that this is what I make when I’m in the studio — maybe not on stage, but it’s what I spend my time doing.”

Turns out the time was well spent. Across six sprawling tracks, Anderson weaves together lush disco and glistening soundscapes, even throwing his own voice into the mix, narrating the adventure with monotonous austerity like James Murphy after a couple of mai tais. It’s loose and freewheeling with a lot to say about relatively little — to ensure an atmosphere over any particular feeling. “Dreams” pirouettes beneath a Rolodex of flashing lights, the title track bounces along with eager elation and standout, “Faded in the Sun,” postures itself as a testament to the driving ambitions of a “work hard play hard” mentality. The fun even spills into the rare instrumental tracks like “Freezer Burn,” a carefree track, that hums going 95 mph down an electric highway.

The Getaway doesn’t come without the occasional roadblock, however. Anderson’s handle of synthesizers and production is dynamic and self-assured but at times is undermined by his own voice where neither the lyricism nor his delivery adds to the experience. Most evident on the ironically floundering  “Rainbow Drought,” wherein Anderson sings, “Walking out and drinking like a rainbow trout, just swimming myself out of this drought,” among other sedated lines, manages to feel endlessly exasperating. If cutting to the chase was Anderson’s mission on the EP, the project could have used an accomplice here and there. However, tracks like “Faded In the Sun” offer a glimpse into what it looks like when Anderson truly takes matters into his own hands.

For a local fixture like that of Nasty Nachos, the stakes couldn’t have been higher for a debut project. Undaunted, The Getaway is an ode to influence and a testament to exploration and the adventures of sound design — a product of an escapist’s fantasy. The Getaway is well worth the wait to see Anderson make a clear break from any expectations of what his debut would sound like, and in doing so managed a breakthrough.