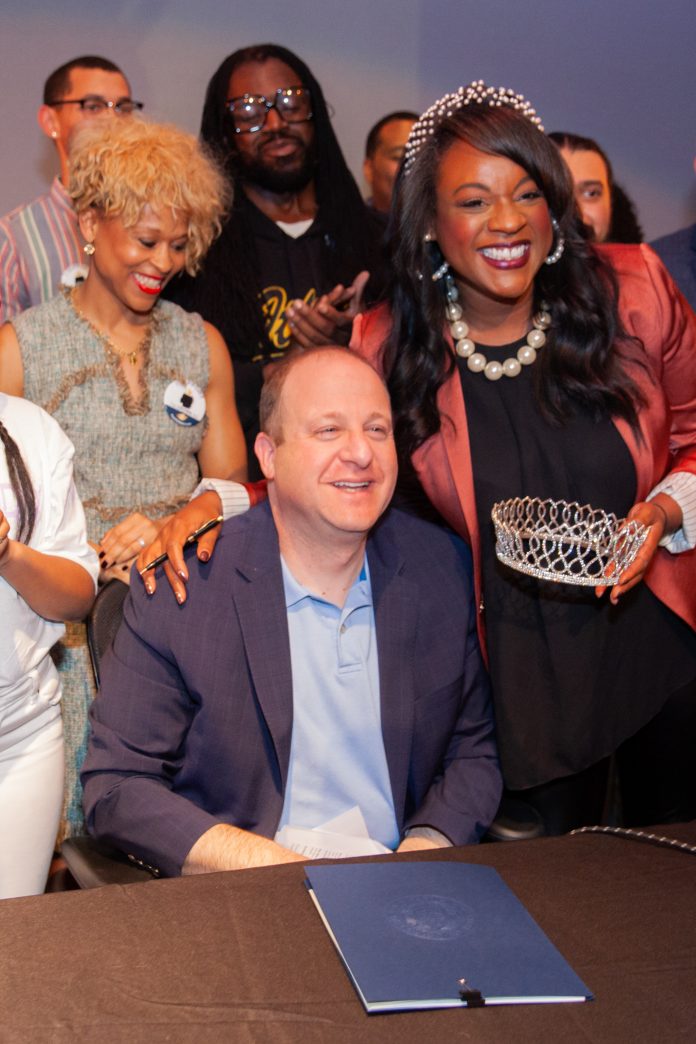 To live authentically is to step into your own unique power. However, when you’re bombarded with societal messages to conform and adhere to Eurocentric ideals, celebrating your innate worth can be a challenge.

That’s why the CROWN Act is helping put an end to hair discrimination in seven out of 50 states, including Colorado where it passed on September 14. The act — standing for “Creating a Respectful and Open World for Natural Hair” — prohibits discrimination towards race-based hairstyles by extending statutory protection to hair texture and protective styles, such as braids, locs, twists and knots, in the workplace and public schools.

Representatives Leslie Herod (D-Denver) and Janet Buckner (D-Aurora) along with Senator Rhonda Fields (D-Aurora) championed the historic bill to fruition. On a larger scale, the federal bill has passed the House of Representatives and it’s now awaiting advancement into the U.S. Senate for its official recognition nationwide. 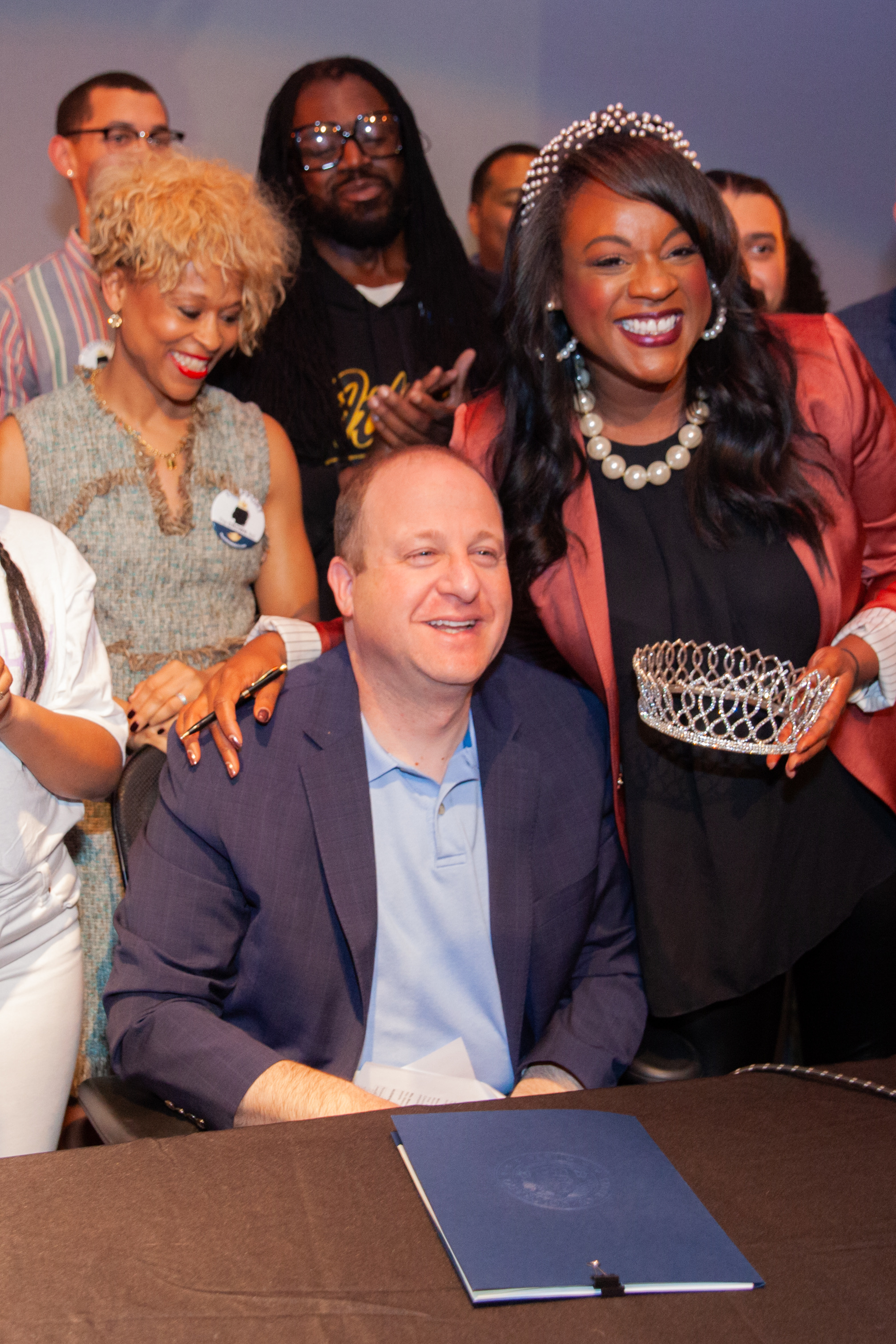 Despite beginning as a mere petition clause, earlier this year, Rep. Herod believed that the reason why the bill ran quickly — with no hiccups — was due to the support of the Black Caucus, the Black, Brown and Indigenous local communities and the collaboration between the Democratic and Republican parties.

Rep. Herod told 303 Magazine that hundreds of Black, Brown and Indigenous men and women first shared their experiences with hair discrimination in education, the workforce and housing while at an initial community hearing this past February.

When the time came, they were ready to testify and advocate for themselves during the official legislative hearing a month later in March, Rep. Herod explained.

“I think, quite frankly, a lot of Coloradans who don’t have to deal with these issues directly were appalled to learn that this was happening in Colorado — and was happening so often. For me just having the conversation really did change the debate and does work at changing people’s hearts.”

The disapproval of Black hair has been apparent for centuries in U.S. history, garnering the rise of the destructive issue of hair discrimination. It wasn’t until the Transatlantic Slave Trade, in the 15th century, that the hair texture hierarchy was created for the purpose of dehumanizing enslaved Africans taken from their homelands. If one had lighter skin and looser curls, they were allowed to work indoors in the kitchen, or as butlers or nannies. Those with darker complexions and tighter curl patterns were subject to harsher treatment.

Interestingly, Madam C.J. Walker — an advocate for popularizing the hair straightening comb at the end of the 19th century — has had some historians believe that her promotion of straight hair perpetuated the idea that it can result in social and economic advancement. Needless to say, embracing one’s natural hair can be a journey towards self-love and actualization for Black individuals. 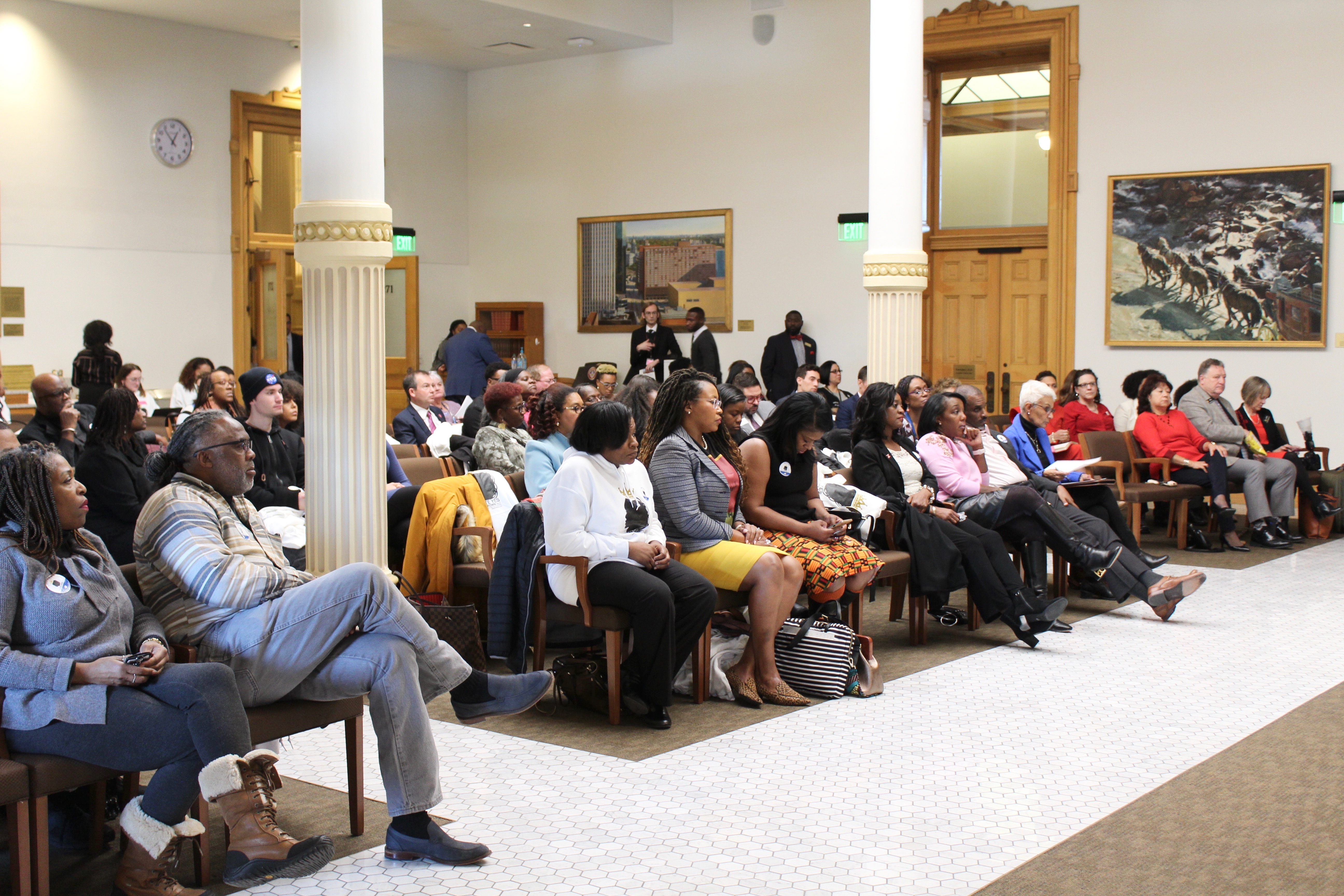 Photo Courtesy of The Office of Representative Leslie Herod

Having legislation like the CROWN Act does inspire the social progression of our community — and even the world at large — but, for Rep. Herod, the legislation does more than just change hearts and minds. She attests that it provides a remedy for people who are discriminated against. “I can’t legislate racism out of people’s hearts, but I can hold them accountable for discriminatory acts,” she said.

With all of this being said, here’s what local Black creatives had to say about this recent historic feat. 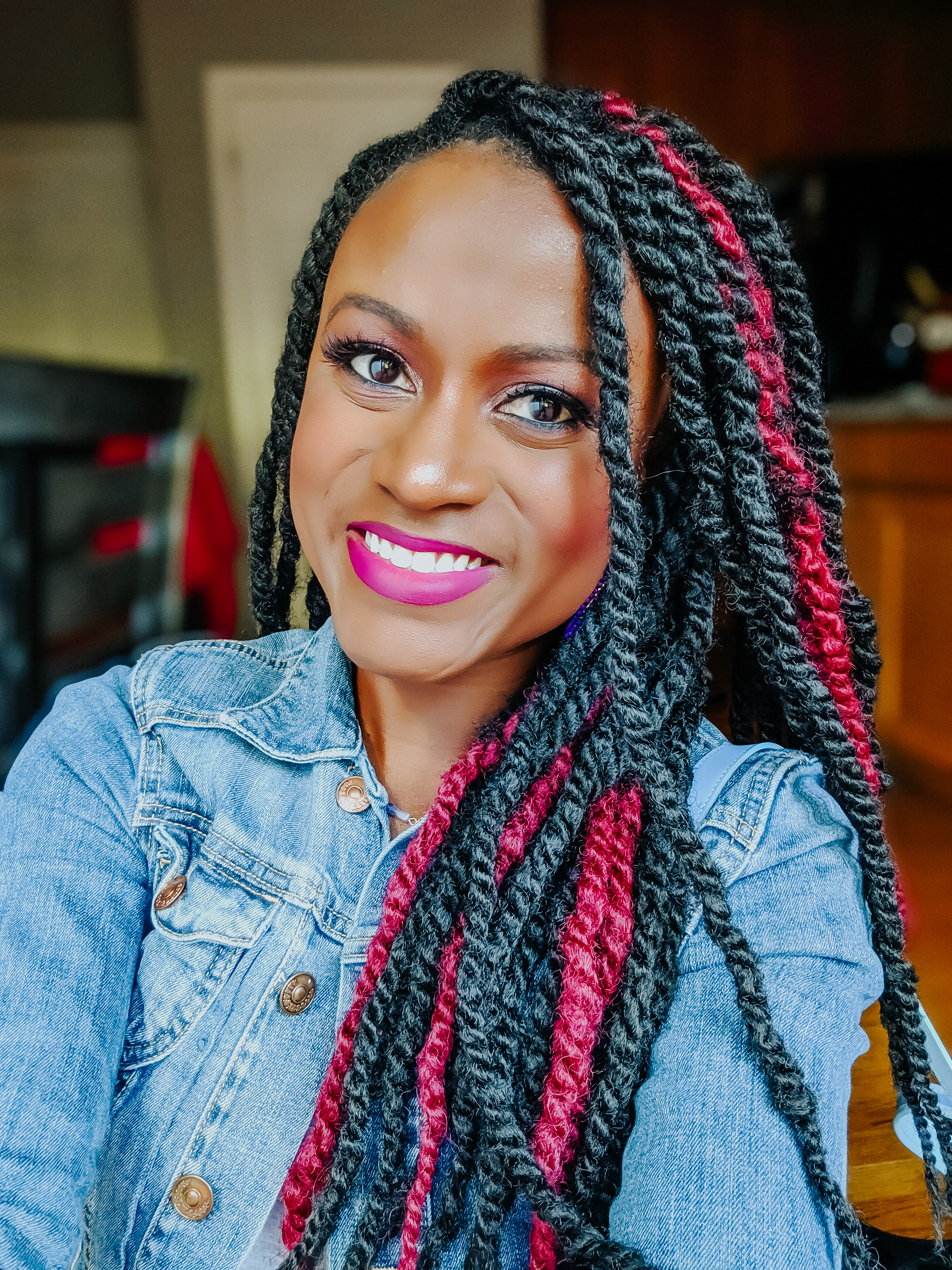 “I’ve received inappropriate, ignorant and condescending statements about my hair in the workplace many times. Statements like, ‘Is that all your hair?,’ and ‘Are you going to keep your hair like that for long?’ have been thrown at me throughout my career. I feel like I receive more positive responses in the workplace when my hair is straight. But, since going back to natural 11 years ago, I’ve embraced wearing my hair in flat twists, puff ponytails, Marley twists and other styles in interviews with zero regrets. What you see when you meet me, is what you will continue to see and more. No hair and switch necessary.“ 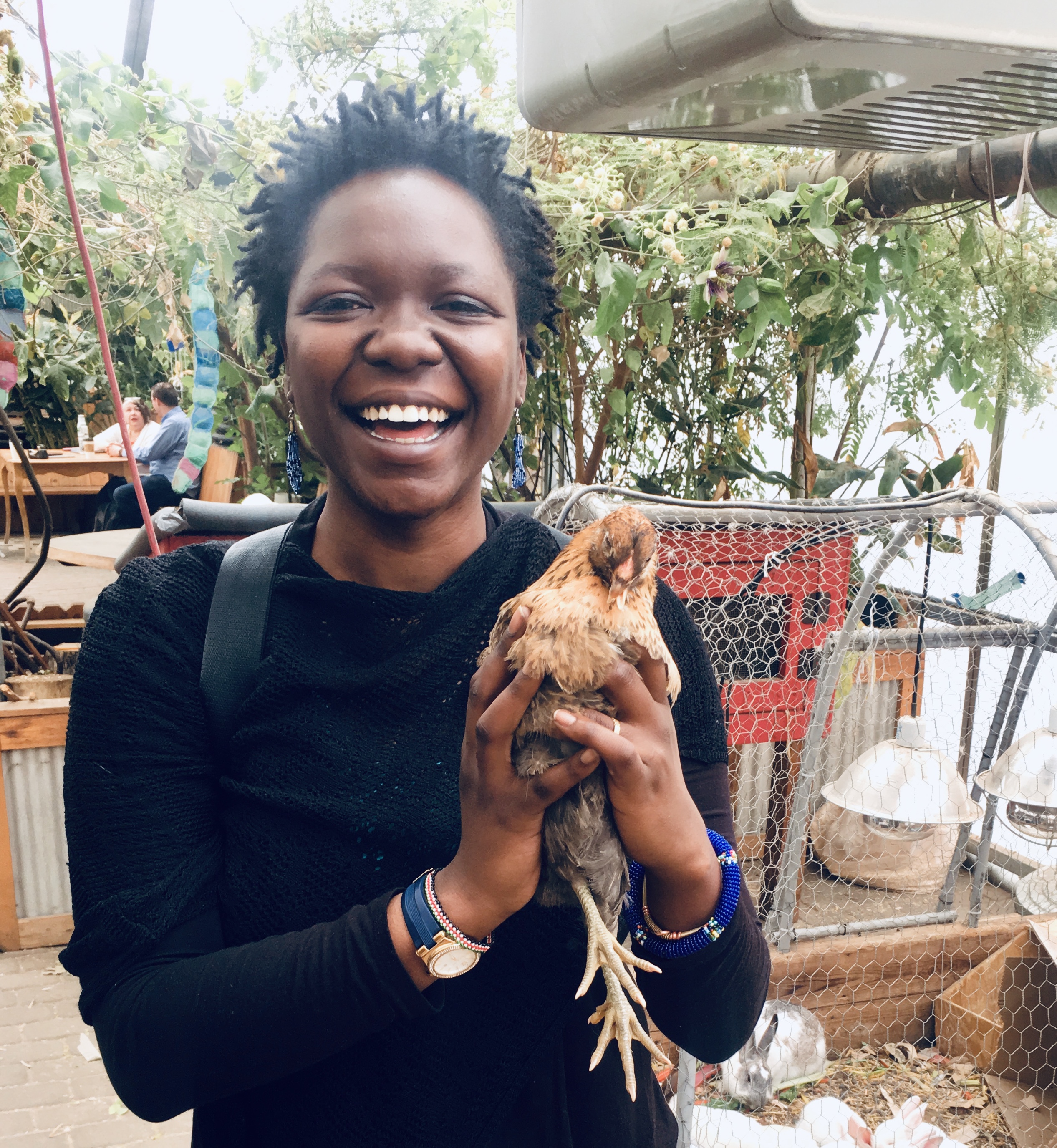 “We have been conditioned to accept a narrow view of acceptable Black hair. Any other versatile expression of our hair comes imbued with negative connotations — kinky, nappy, coily, wooly — which continue to be viewed as unattractive or unkempt. It becomes doubly damaging when we internalize these beliefs about our natural hair. We rob ourselves from developing a healthy, affirming and exciting journey with our hair which is supposed to be our crown. Embracing natural hair is not just a fad or a movement, it’s part of our journey towards more power and control over our own bodies. Wearing natural hair is an act of resistance!” 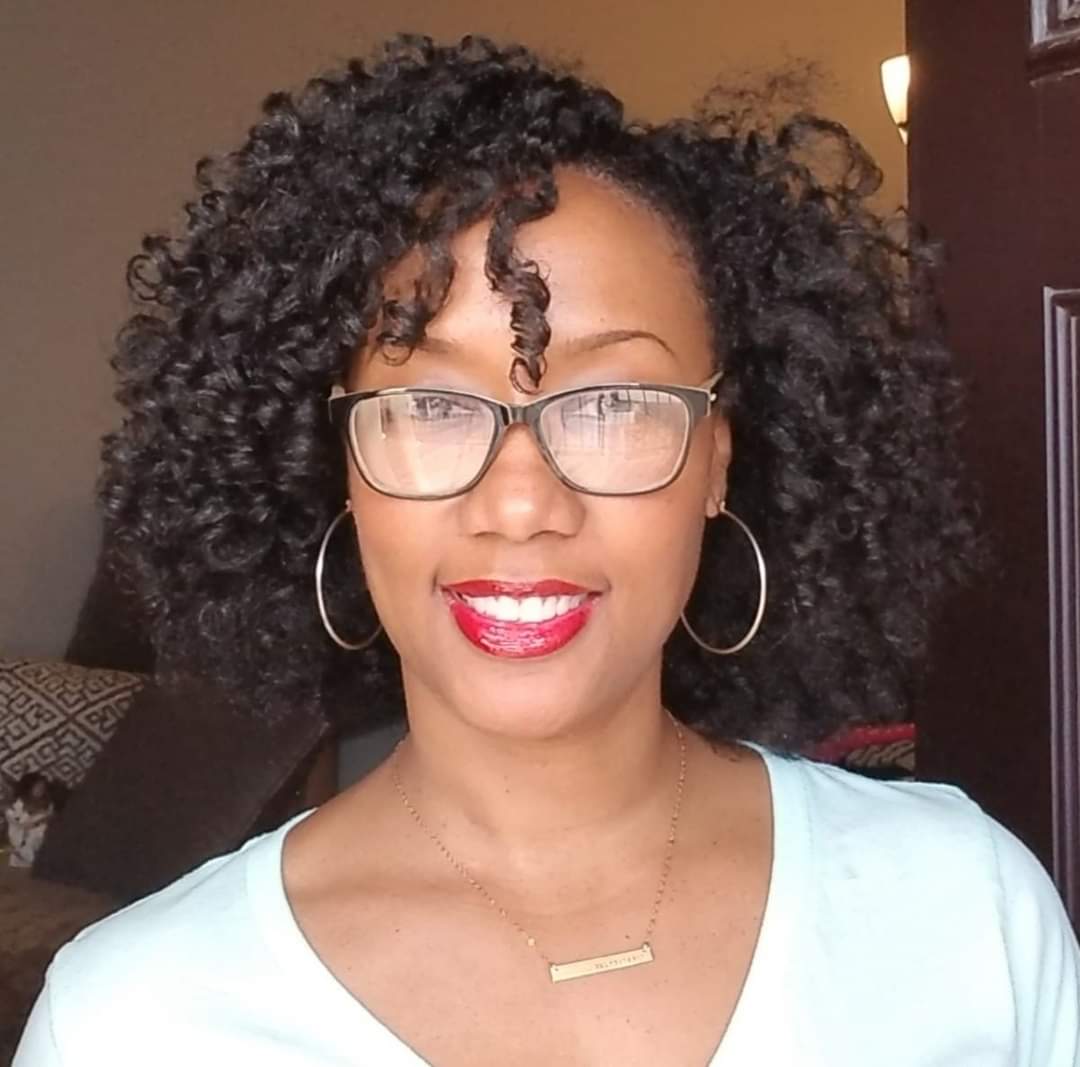 “[Creating a natural hair care business in a world of micro-aggressions and racism towards natural hair] is fulfilling because I’m re-building a new narrative about black hair by helping the natural hair community to embrace the beauty and versatility of our hair. Not to force ourselves to fit into a narrow homogeneous idea of what beauty looks like. When I speak to customers who are struggling on their natural hair journey, I like to help them identify their individual needs and show them what their hair can do with good care and the right products. Seeing the looks on their faces when they make a connection is everything!” 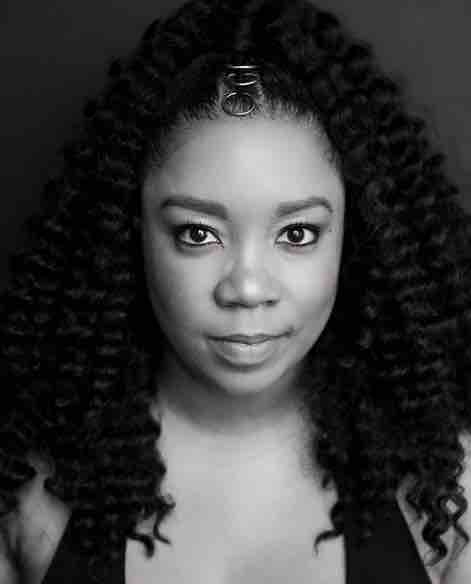 “Four words: It’s about damn time. We are the only demographic that has to continuously forgive the spaces we walk into because they were not designed with us in mind. It’s a bittersweet feeling because I feel liberated by the enactment, but it’s also exhausting that we need such a policy in the first place. For years, I’ve had to deal with the micro-assault of non-BIPOC, especially white women, attempting or asking to touch my hair. I’ve never understood the desire to want to touch someone else’s hair — let alone a Black woman’s hair. Not only is it a huge violation of personal space, but it also plays into the historical traumas of white people’s entitlement.” 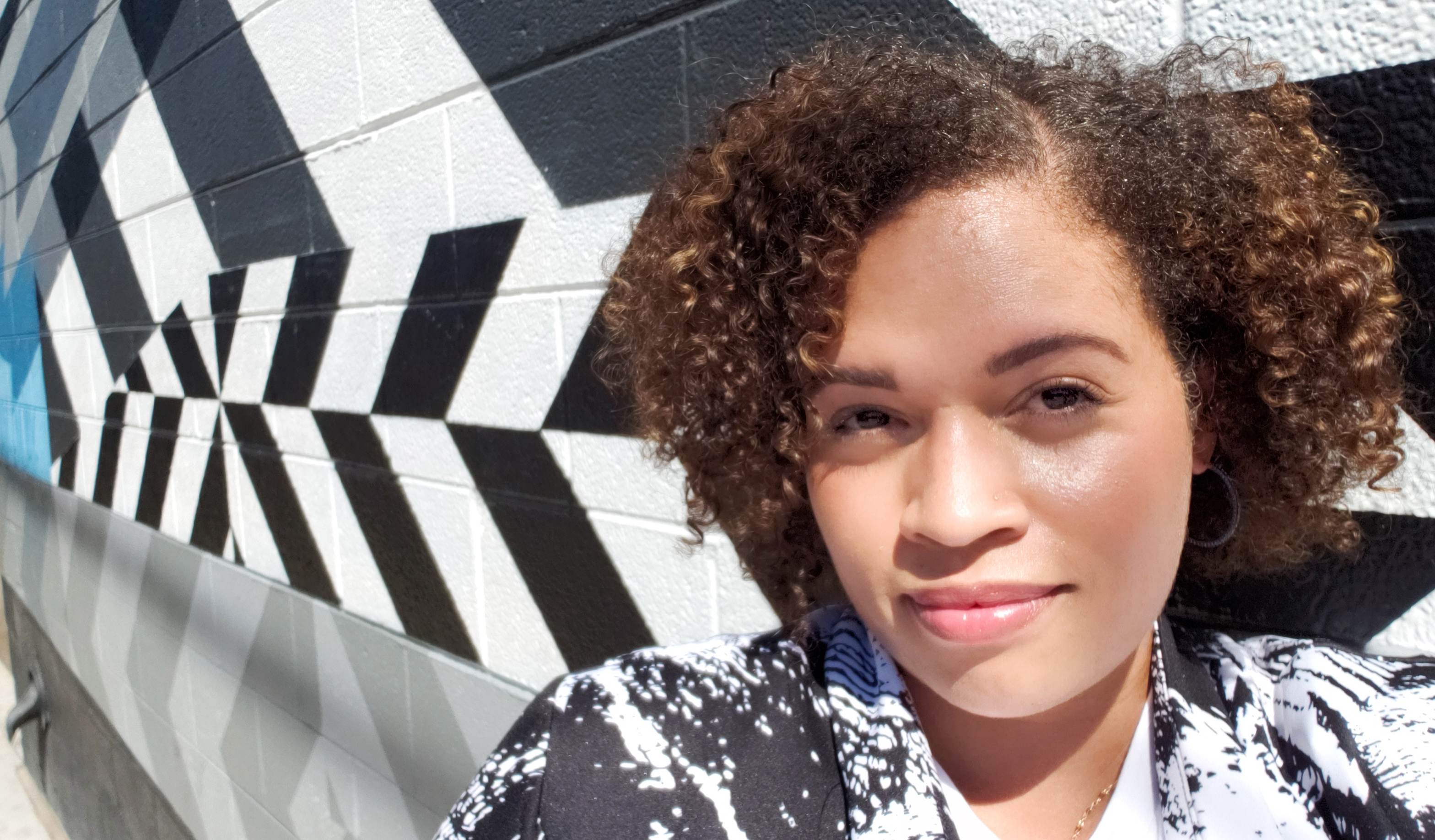 “As soon as I left corporate America I got locs because I just couldn’t do it during those fifteen years. I can tell you, based on my hairstyle, that I’ve had people assume that I was younger or less experienced just based off of my appearance one day versus another, even they’d worked with me for quite some time. So, I’d avoided wearing my hair too natural [until] moving to wash-and-gos for my scalp health. But, even then I was very cautious about how I presented my hair. [Creating a natural hair care business] gives me the satisfaction of having a platform that is actually capable of changing things and talking about the biases that are apparent especially within the beauty industry.” 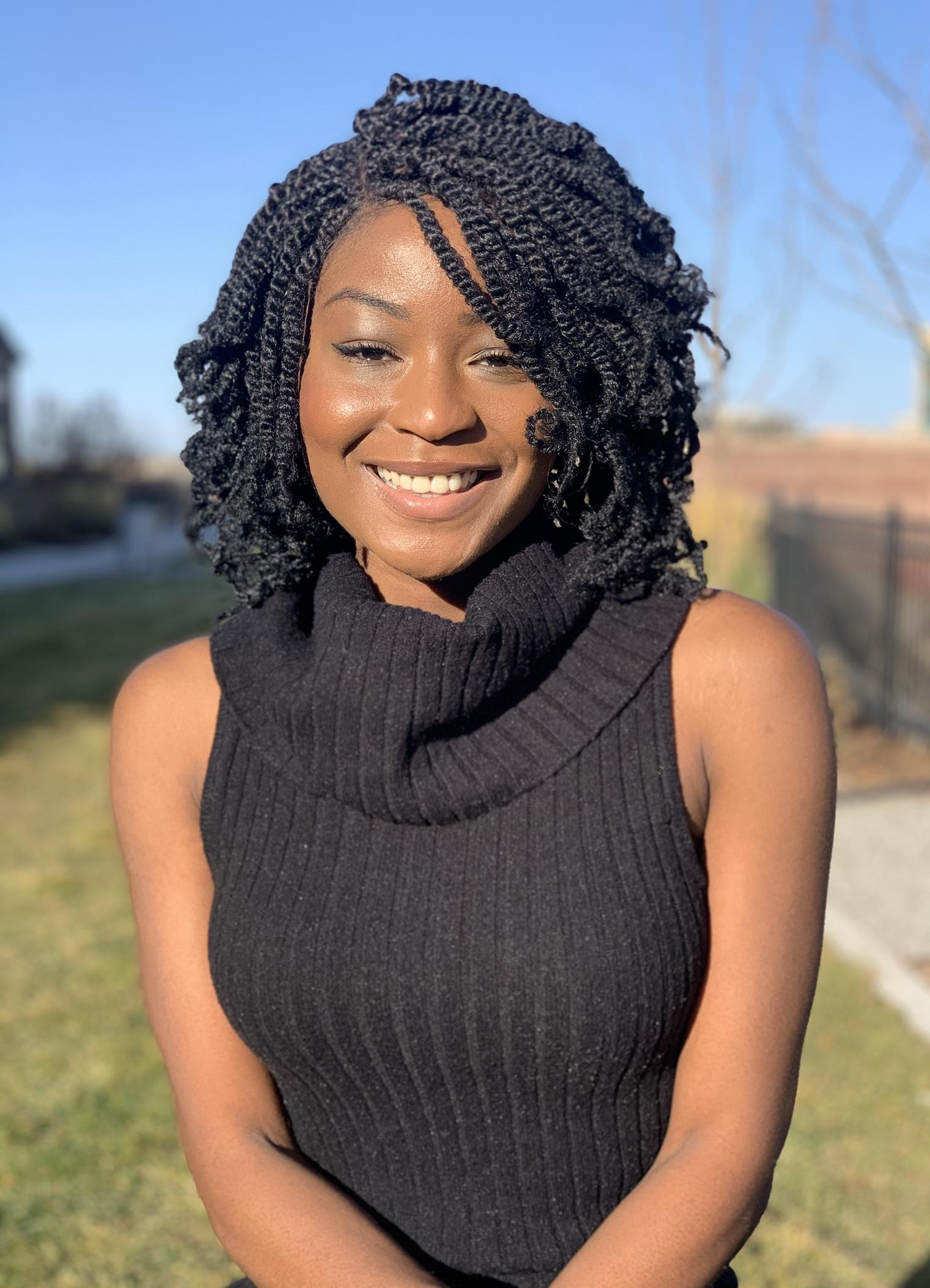 “As an ethnic minority, having protection with our hair in and out of the workplace is so important especially in a state like Colorado where we are far and few in-between. We have no control of the way in which our natural hair grows, but have been conditioned to think that natural hair is unprofessional. To sum up my thoughts in one word, I think the act is simply empowering. At Braided Dimes, I find it important to acknowledge that although society may have negative perceptions of our natural hair, we must always take pride in it. I see it as motivation to be at my best, despite what others think. I take pride in who I am as a Black woman — natural hair, braids, twists and all!”

Founder & President of Curls on the Block 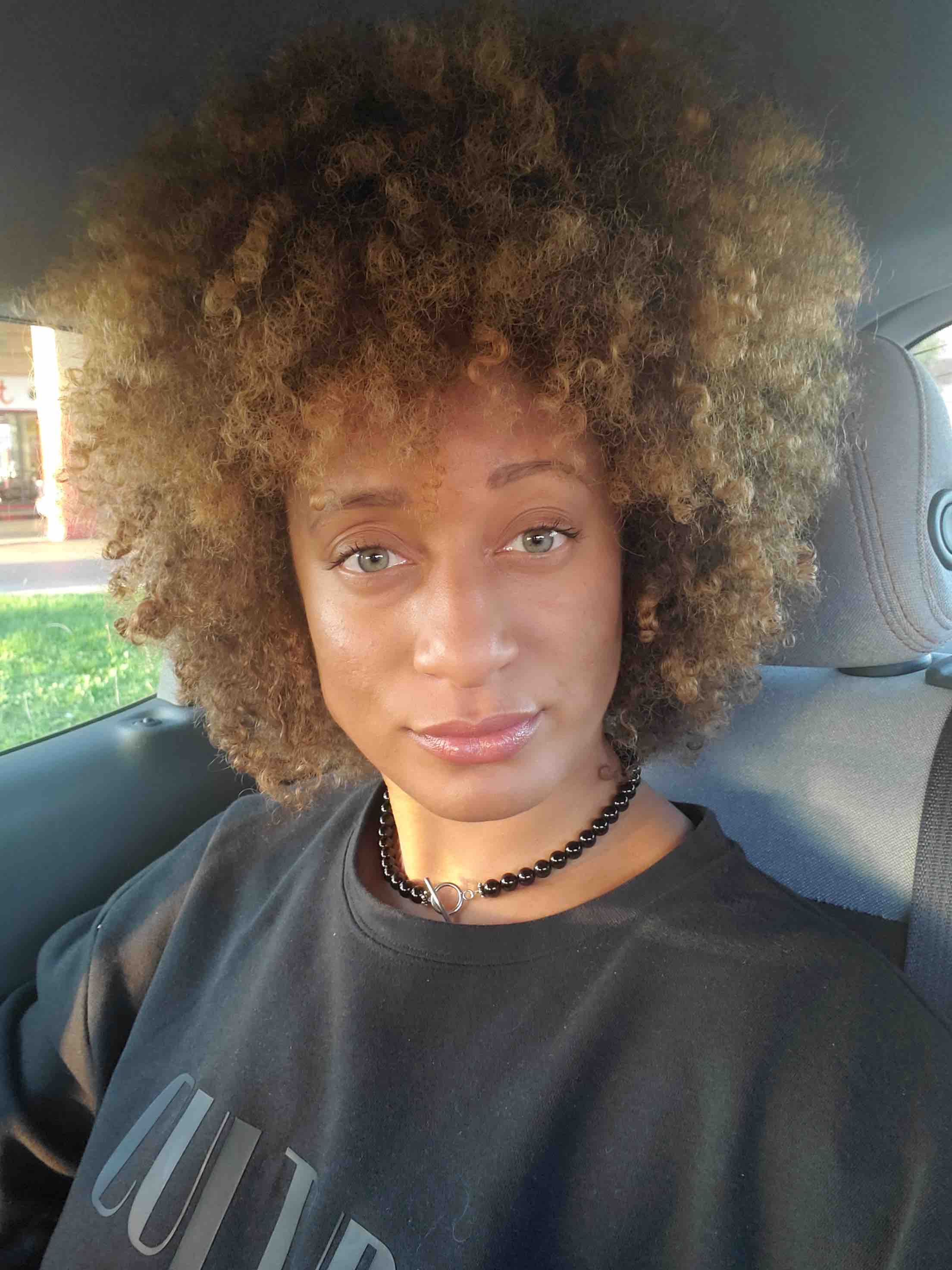 Photo Courtesy of Curls on the Block

“I have experienced hair discrimination on a number of occasions. Whether they’ve been micro-aggressions like, ‘Oh, your hair is in the way,’ or having to move hands away from reaching into my hair without asking to touch it. The mission of Curls on the Block is to attract girls of all curls and colors to embrace, explore and empower their natural selves, using beauty to connect to STEAM. Not only is Curls on the Block fulfilling, but I’m reminded every day that there are #curlfriends everywhere struggling with how to maintain their hair, build their confidence and navigate a world where their natural look and extra effort are taken for granted.“ 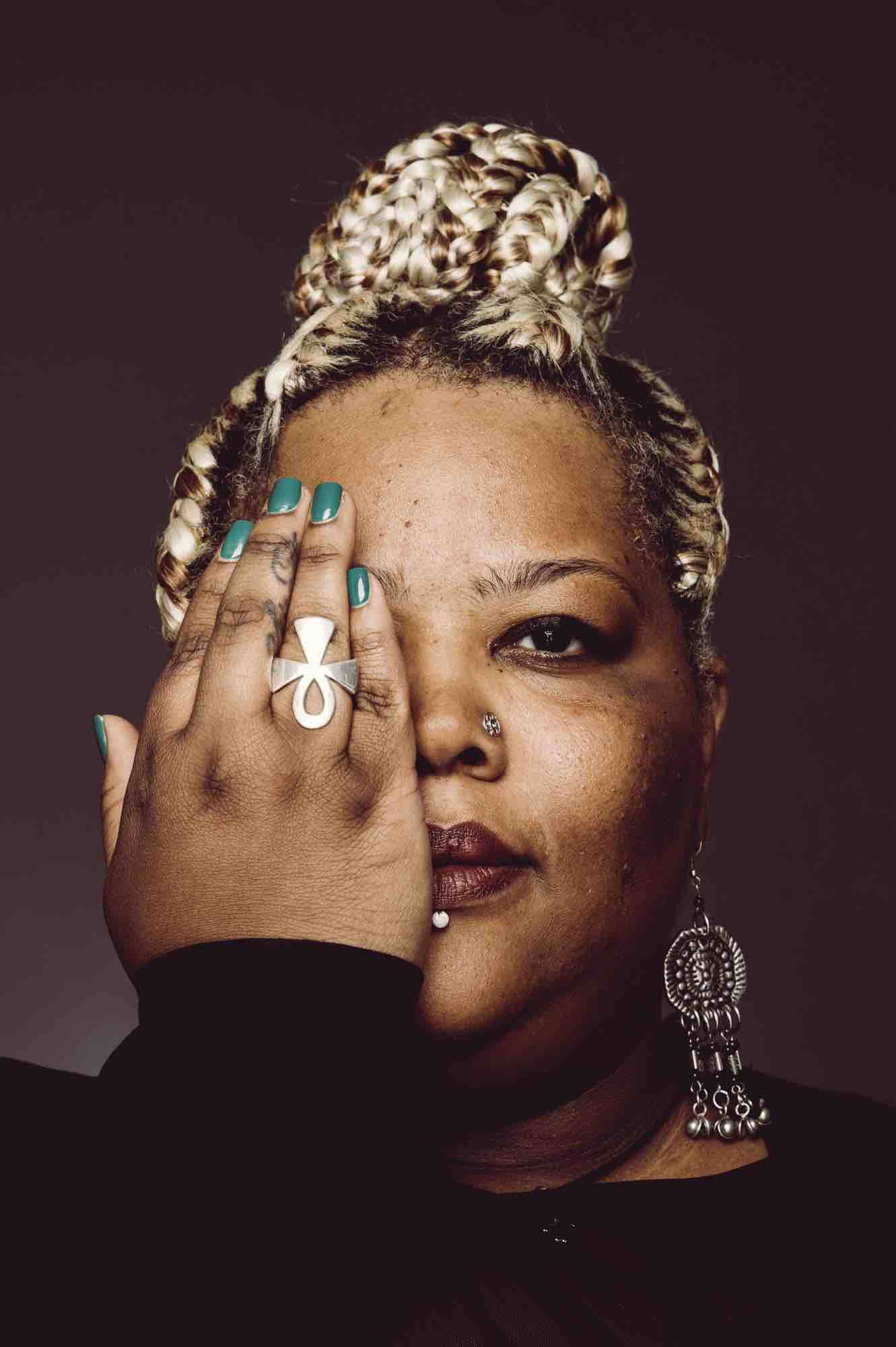 “Hair is such a complicated subject among Black women, specifically. For us, our hair is cultural, it is our glory and often the subject of many conversations. It might be hard for many people to understand that we experience discrimination based on how our hair looks, but we do! In fact, many of us were getting relaxers at such a young age and, as a result, were taught indirectly that our hair is a nuisance or a problem. Our hair is our crown! Black women’s natural hair is beautiful and doesn’t need to be changed from its natural state. If Black women do decide to change, color, or do anything with our hair, that is our choice and should be celebrated.”

Join the movement and #PASSTHECROWN by signing the petition to help Dove and the CROWN Coalition end hair discrimination. For further information, check out the CROWN Act’s resource page to get involved.