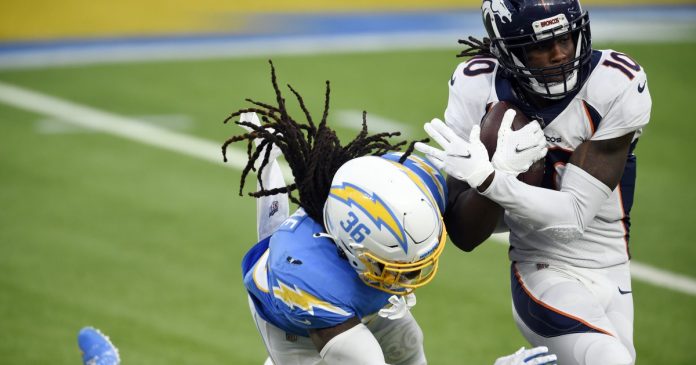 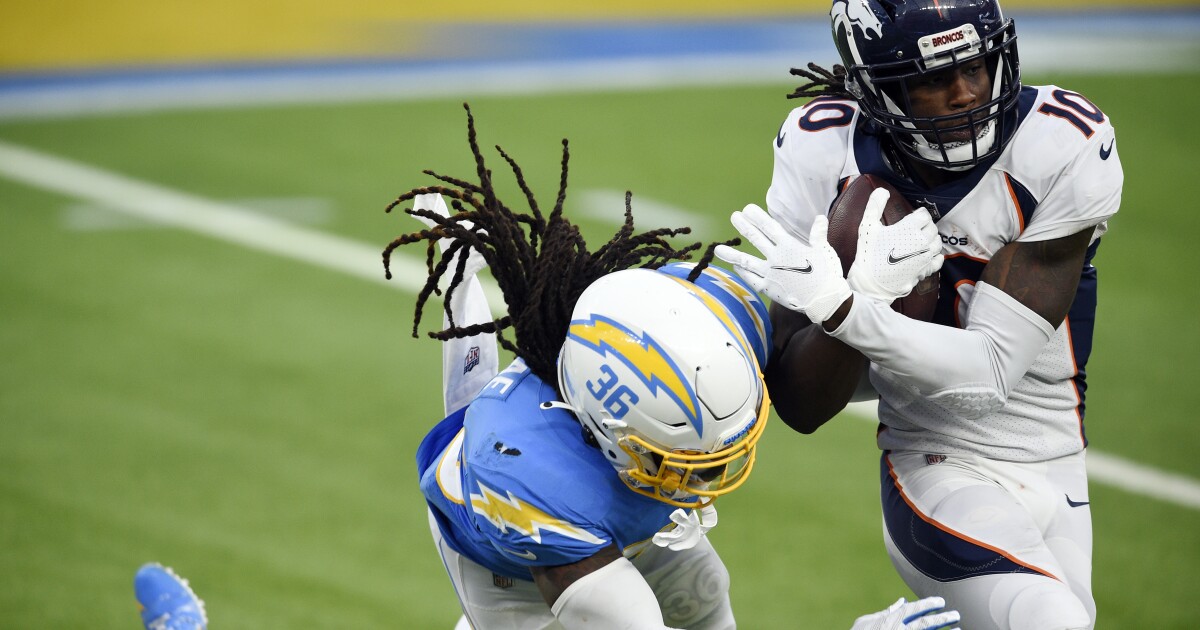 DENVER — When a team unravels into irrelevancy, several numbers can eloquently explain the demise. For the Broncos, one statistic remains glaring as they yearn to play meaningful December games. They are 10-19 in AFC West since 2016. It is hard to make up ground in the overall standings when getting lapped in the division.

Sunday’s game matters little, but there is meaning. Establishing a more competitive identity in the AFC West remains a goal going forward. And let’s be honest, the Raiders slathered the Broncos in Las Vegas. I was there. It was Denver’s most embarrassing loss of the season. The Broncos walked onto the field to a “Horse With No Name” and exited with their tails between their legs as Devontae Booker trucked for yards in the fourth quarter of a 37-12 rout.

An inexperienced offense, lacking impact plays on defense and the second-toughest strength of schedule conspired to ruin the Broncos’ season.

Next year, they will boast a more manageable 17-game schedule: at Steelers, Browns, Giants, Cowboys, Jaguars
Chiefs, Raiders, Chargers and home against Ravens, Bengals, Eagles, Washington, Jets and corresponding finisher in NFC North, so the likely loser of Vikings-Lions and AFC West. It’s unclear if the Broncos would get nine home games next season with the additional game.

On paper, there are better matchups than in 2020. However, the Broncos must improve dramatically in coach Vic Fangio’s third season.

They aim to start 2021 off right, even if losing would serve them better in the draft, possibly moving them into the top 10. My Denver7 keys to victory, or more specifically, things to watch:

Jeudy bounces back
The Broncos would like to see Jerry Jeudy rebound like Dennis Rodman in the finale. He dropped five passes last week. He had five entering the game. I believe Jeudy bounces back based on my conversations with teammates who insist he’s a hard worker, puts in extra time, and wants to improve. He runs great routes. He got the yips last week. What cannot be overlooked is that with five catches and 23 yards he will rank second all-time in both categories for a Broncos rookie. This is not the season he expected, but it is certainly something to build on moving forward.

Get Fant right
Noah Fant has played well down the stretch. He needs seven catches today to move into top five for most receptions in a single season by a Broncos tight end. Fant has battled through ankle and illness issues this season. It took too long for offensive boss Pat Shurmur to figure out Fant’s fit. The goal next year should be clear: 70 catches, 850 yards and six touchdowns.

Run for the money
Melvin Gordon has averaged 5.4 yards per carry over the past seven games. He figures to be the bellcow back next season, though he faces a potential three-game suspension that might lead to reworking the guarantees in his contract. Gordon needs 107 yards vs. the Raiders to reach 1,000. It would mark the second 1,000-yard season of his career and his first since 2017. He would be the third different Broncos back to eclipse the mark in four seasons, joining C.J. Anderson and Phillip Lindsay.

Stop the Insanity
Drew Lock will likely face competition for the starting job next year from a veteran. Maybe it’s Andy Dalton or Jacoby Brissett or Gardner Minshew. Someone of that ilk. The Broncos have not given up on Lock, but he must become more consistent. He has turned the ball over in 11 straight games, the longest active streak in the NFL. Ending this streak would be a nice consolation prize entering the offseason.

Get a turnover
The Broncos’ 12 takeaways are embarrassing. It’s why they need more playmakers. It would be encouraging to see linebacker Alexander Johnson get a pick or recover a fumble today. As for the cormerbacks, if the Broncos don’t draft a quarterback, Patrick Surtain II makes sense. Regardless, the Broncos must add two corners this offseason.

Make a big kick
Brandon McManus has been a bright spot on special teams, converting 10 of 12 field goals from at least 50 yards this season. I am not sure special teams coordinator Tom McMahon returns. But McManus is the anchor of the group regardless of the coach. I would like to see him a nail a 50-yarder in the finale.

Step on Raiders
The Broncos face a Raiders team that is reeling. Jon Gruden is 23-39 in December as a head coach. Give him 40 losses. Consider it a stocking stuffer.