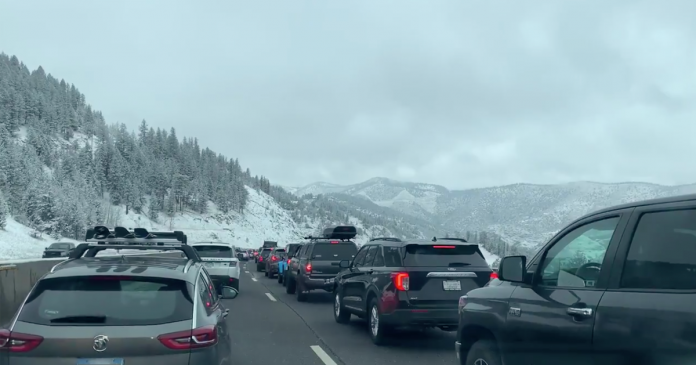 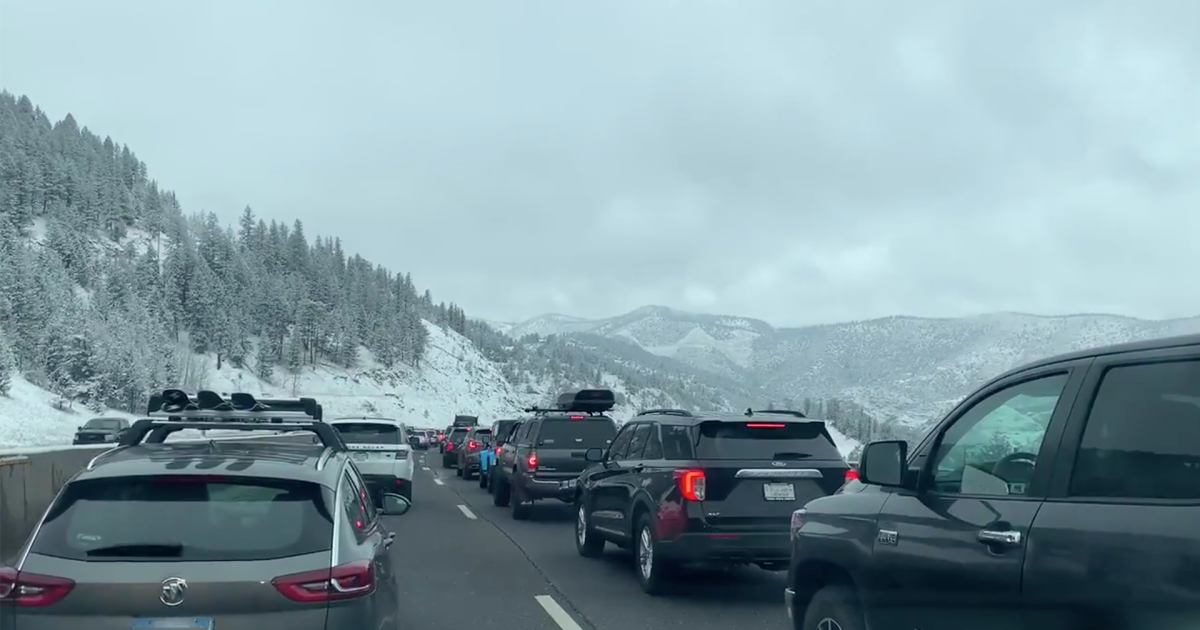 DENVER – People hoping to get up into the mountains from Denver on I-70 Friday morning ahead of the snowstorm sat in traffic for some time after a semi-truck spilled fuel across the road near Dumont.

By 11 a.m., one lane of westbound I-70 had been reopened at Dumont, but it was taking drivers at least two hours to get from Denver to the Eisenhower Tunnel, and the traffic backup was not expected to get much better before the early afternoon.

The Colorado Department of Transportation said alternate routes, including U.S. 285, had long backups as well as people try to beat the storm.

CDOT said the jackknifed semi did not crash because of weather but is continuing to warn that travel could be nearly impossible during this weekend’s storm, which is expected to begin Friday evening and last through Monday morning.

Heading to Georgetown, Colorado, where we’ll be covering the impending winter storm for the next few days. Traffic on westbound I-70 is moving slowly following a crash earlier this AM (not WX related). Be patient if you’re headed out to the mountains today! @DenverChannel pic.twitter.com/EihAfKDOog

“If you absolutely need to make essential travel during the storm, be prepared for road closures and severe conditions on roads that are open. Carry emergency supplies, food and water, and ensure your vehicle is equipped for the conditions,” CDOT said.

All westbound lanes reopened by 4:30 p.m. There were still some delays, but not nearly as long as those that were seen earlier in the day.

Clear sailing along I-70 from Golden to Beaver Brook. Not bad for a Friday evening before a massive snow storm. Hopefully you can get to where you’re going tonight and stay home or up in the mountains tomorrow. #Colorado pic.twitter.com/MT2EDEvLp1

By Monday morning, Denver is expected to get about 18 inches of snow, but the foothills could see 24-30 inches across the area, with possibly higher totals in some places.

Click here for the latest storm forecast and timeline. You can find the latest road conditions on the Denver7 traffic page and at COTrip.