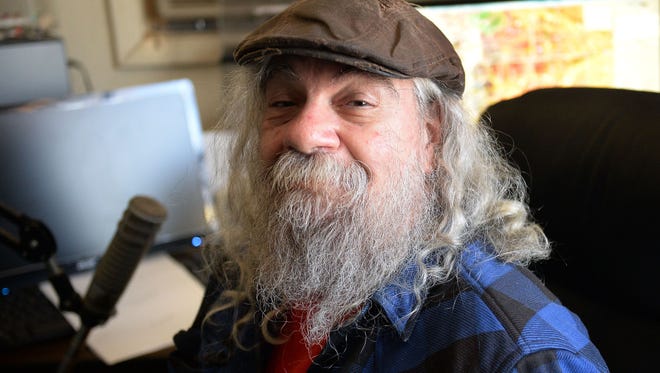 Fort Collins weatherman Jim Wirshborn won a prestigious award from the National Weather Service this week, and it got him thinking about the Vietnam War draft.

Wirshborn narrowly avoided getting drafted in his 20s. He remembers his number being just one digit off from the highest draft number in one of the lottery rounds.

“But I still wanted to serve my country in some way,” Wirshborn recalled, “and that’s what I’ve been trying to do with my weather stuff. It’s a small thing, but in the long run … it’s contributed greatly to knowing what the climate is. It impacts so many different things.”

Wirshborn has been collecting detailed hourly data on temperature, wind, rain, snow and more from a weather station at his Fort Collins home for about 30 years, and his Fort Collins weather records date back to 1976. He also helped get about a dozen volunteer weather stations throughout the area off the ground, adding valuable layers of detail to the community’s understanding of climate variations in Fort Collins.

The National Weather Service on Tuesday honored him with the John Campanius Holm Award, which recognizes outstanding accomplishments in the field of cooperative observations. It’s awarded to no more 25 people nationwide each year, and there are over 10,000 cooperative observers in the U.S.

“This data is critically important for weather, for water and for climate,” weather service Director Louis Uccellini said at the virtual award ceremony. “So I thank you all for being part of this enterprise. For those of us inside the weather service, who just eat, drink and sleep weather and our mission, we know that we have to rely on people like you to be part of this grand enterprise.”

Wirshborn’s career in weather and meteorology started when he was a teenager in Florida, spending hours at the local weather station plotting hurricanes, cold fronts, wind patterns and more by hand. His accomplishments include decades of daily radio forecasts in communities from Montana to Nebraska and being the voice of Fort Collins’  24-hour time and temperature phone line. He founded his own weather forecasting and consulting firm, Mountain States Weather Services, in the ’70s and is currently a contractor for DayWeather, the company he sold his own firm to in the early 2000s.

Wirshborn, who will soon turn 71, isn’t looking to hang up his meteorologist hat just yet. He plans to continue with forecasting and hourly observations for the foreseeable future.

“This award just brought out the pride and a smile on my face,” he said. “I keep thinking back to what my old man once told me: ‘You’ve got to follow through, son. Just follow through.’ “