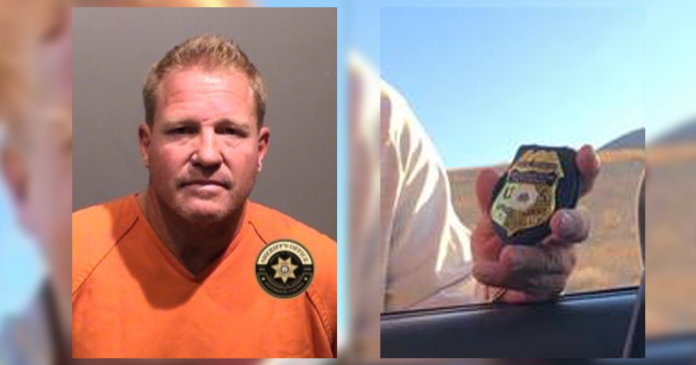 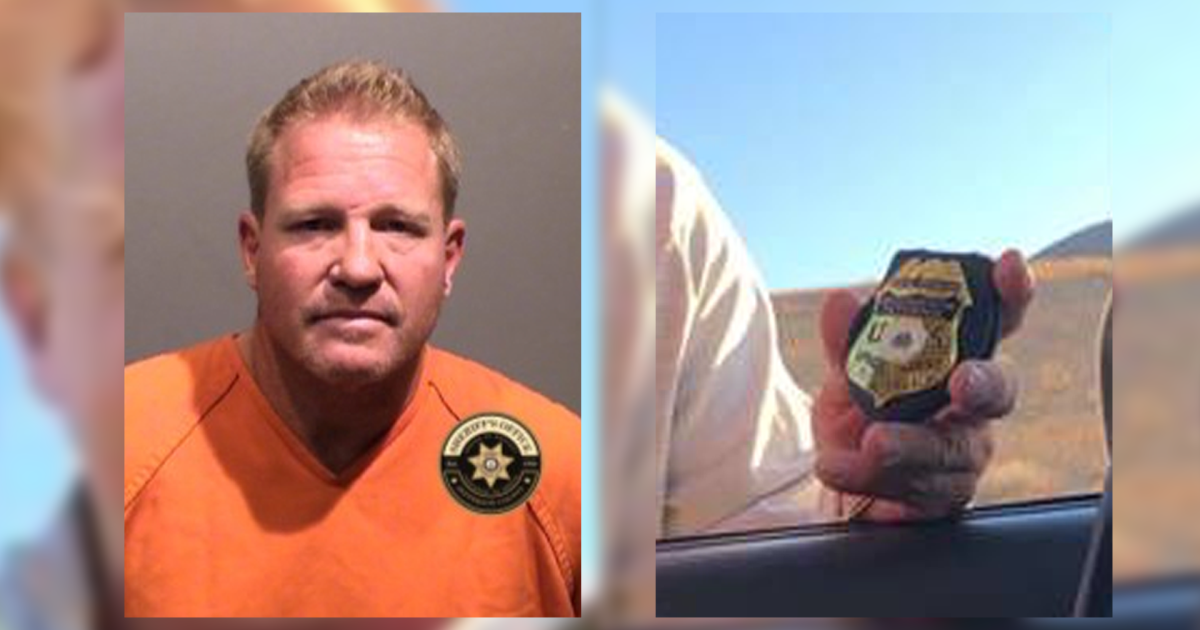 JEFFERSON COUNTY, Colo. — A man who police said impersonated an officer and pulled a driver over has been arrested, according to the Jefferson County Sheriff’s Office.

Michael Nelson, 50, was arrested Wednesday and charged with impersonating a peace officer and false imprisonment, the sheriff’s office said.

Nelson allegedly pulled Stephanie Troyer over on C-470 near Alameda Tuesday morning and told the driver that he was a federal agent and flashed a fake Interpol badge, according to the sheriff’s office.

Troyer’s son, Bradley, began recording before Nelson reached his mother after he says he noticed the truck didn’t have any police lights or mention what police department he was with.

Troyer says the first red flag went up when Nelson approached her car and didn’t identify himself or mention a traffic violation. She says her mother instincts kicked in leading her to ask Nelson for an ID, when he didn’t produce one after multiple requests she took off.

Mike Taplin, a spokesperson with Jefferson County Sheriff’s Office, says while these incidents are not common, it’s important to be alert and ask questions. He says federal agents have the right to pull over a driver in civilian clothes and an unmarked vehicle, but they should always have a secondary ID to present.

Taplin strongly advises drivers to make sure the badge matches the city you are in and look for police lights, which are red, blue and white. He says if you are worried the officer may be a fake, call 9-1-1.

The Jefferson County Sheriff’s Office shared a video on its Facebook page of the interaction in hopes of identifying the suspect. Hours later, the sheriff’s office announced Nelson was arrested thanks, in part, to tips from the public.