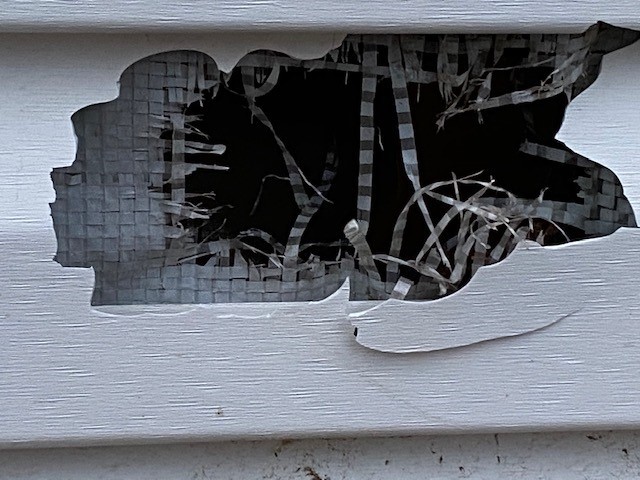 AURORA, Colo. — Police in Aurora arrested a man in connection with two separate explosions that damaged three homes in the city within a span of two weeks beginning on Christmas day.

Neighbor Andy Starrett had just returned home from out of town, and was surprised to see police cars and ATF agents everywhere.

He said he and fellow neighbors watched to see what would happen.

“Then you heard them do their, like it sounds in a movie, ‘come out with your hands up. Nobody wants to get hurt.'”

Starrett said the bomb squad then pulled up.

“When the bomb squad showed up, it was obvious they were looking for something explosive,” he said.

Campbell is accused of setting off explosions that occurred on December 25, 2020 and Jan. 7 of this year. They occurred within a mile of each other and in or near the suspect’s neighborhood. No one was injured.

One of the residents, who asked to remain anonymous, told Denver7 he was sound asleep Christmas morning.

“I woke up to a loud blast and went outside,” he said. “A few minutes later I saw police and firefighters everywhere. I walked around the house and saw a hole in the garage.”

Shrapnel from that same device crashed through a window across the street.

The January incident took place this around 4:45 a.m., near the 4600 block of S. Pagosa Circle – around the intersection of S. Pagosa Way and S. Pitkin Street. A caller reported to 911 that they heard the sound of gunshots fired near their home. Police said the explosive device caused damage to one home in the area.

Campbell is facing possible charges of attempted 1st degree murder, 1st degree arson, and possession of a weapon by a previous offender. He was transported to the City of Aurora Detention Center where he is currently being held on a $1 million bond.

A possible motive or any other details related to the case were not released as the affidavit remains sealed.

Campbell has a lengthy arrest record in Colorado, according to a Colorado Bureau of Investigation background check. Incidents include several DUI arrests and domestic violence charges.

The United States Bureau of Alcohol, Tobacco and Firearms assisted in the investigation.