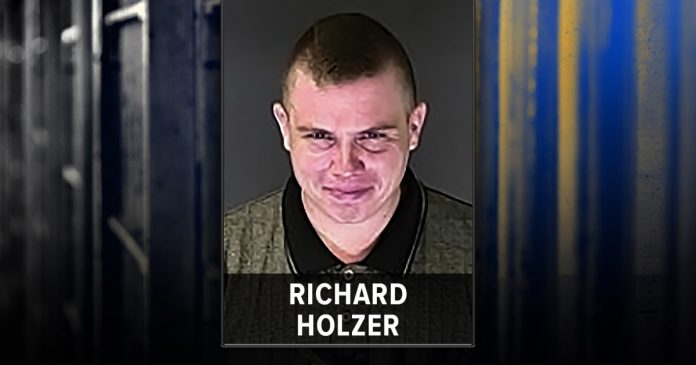 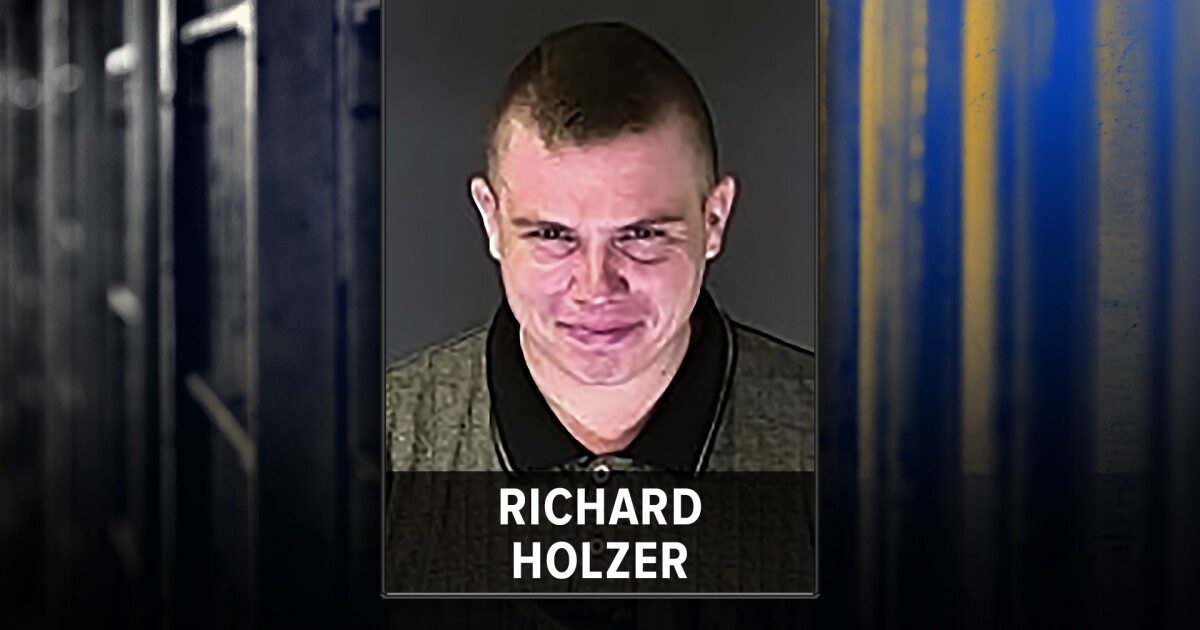 DENVER (AP) — An alleged white supremacist accused of planning to bomb a Colorado synagogue pleaded not guilty to a hate crime and other charges on Monday as members of the congregation he is suspected of targeting watched from the back of the courtroom.

Federal public defender Mary Butterton entered not guilty pleas to each of the charges on behalf of Richard Holzer, 27, who sat in the nearby jury box with other defendants appearing before a judge magistrate, dressed in a yellow jail jumpsuit.

Holzer was charged last week with attempting to obstruct the exercise of religion by force by using explosives and fire against Temple Emanuel in Pueblo, attempted arson and using fire or an explosive device to commit a felony. He would face a maximum of 50 years in prison if convicted of all three.

Butterton declined comment after the hearing because her office does not comment on allegations against their clients.

Holzer was arrested Nov. 1 after the FBI said he accepted what turned out to be phony pipe bombs and dynamite from undercover agents to bomb Temple Emanuel, the second oldest synagogue in Colorado. In court documents, an FBI investigator claims that Holzer repeatedly said he was ready to go ahead with the attack the following day.

According to court documents, an undercover agent began talking to Holzer on Facebook in September after he allegedly promoted white supremacy and violence on several accounts. He allegedly told another undercover agent that he wanted to poison the synagogue’s water supply and that agent arranged for him to meet with friends who were actually more undercover agents. It was at that meeting in October that Holzer is accused of first talking about wanting to use explosives — Molotov cocktails — against the synagogue. After he said they probably would not be effective, the FBI says Holzer and the agents talked about using pipe bombs and the agents offered to supply them, according to the affidavit supporting Holzer’s arrest.

During a second hearing to discuss how the case would proceed, Assistant U.S. Attorney Julia Martinez told Judge Raymond Moore that the evidence including “voluminous” audio and video recordings.

The synagogue’s rabbi, Birdie Becker, and board president Michael Atlas-Acuña were among those in the court representing Temple Emanuel, many of them wearing blue t-shirts with the synagogue’s name.

Becker said their presence was meant to send a message to Holzer — “We’re here, we’re strong and we’re not going anywhere.”

Since the alleged plot was revealed, Becker and Atlas-Acuña said people of all religions from around Colorado and New Mexico have come to services to show their support for the congregation.

Atlas-Acuña said about $11,000 in donations have also poured in to fund a video surveillance system, a plan he announced after Holzer’s arrest.

“This guy ended up giving us a gift,” he said.