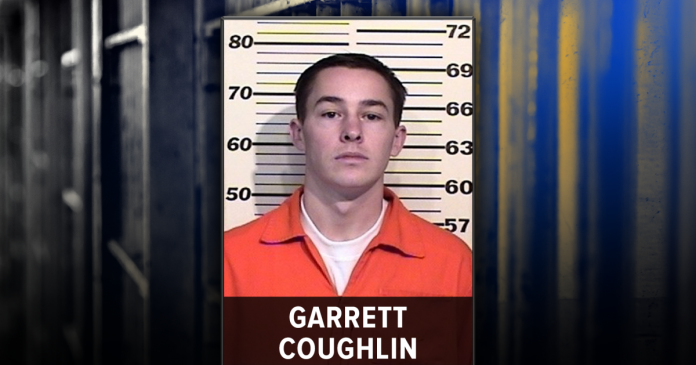 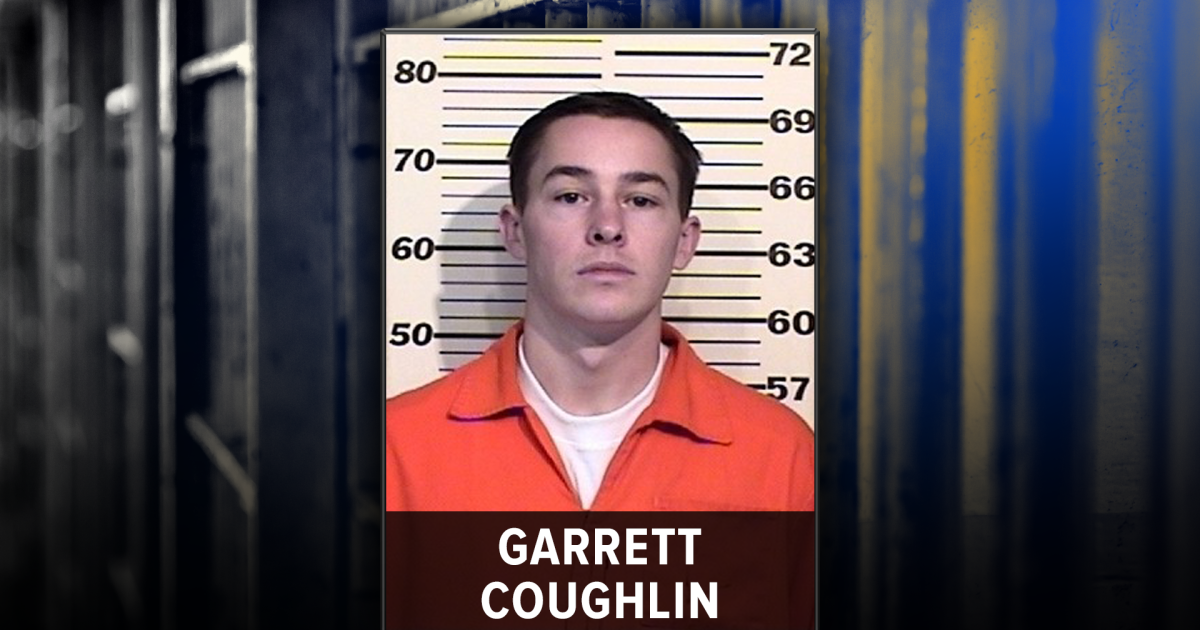 BOULDER COUNTY, Colo. – The man convicted of first-degree murder and sentenced to life in prison for the 2017 shooting deaths of three people at an illegal marijuana grow in Coal Creek Canyon saw his conviction and sentence voided this week and will get a new trial after a judge determined one of the jurors at his trial lied on the jury questionnaire.

Garrett Coughlin, now 27, was convicted of three counts of felony murder and one count of aggravated robbery last June and was sentenced to life in prison without parole for the April 2017 killings of Wallace White, Kelly Sloat-White and Emory Fraker at the home in Coal Creek Canyon in Boulder County.

According to prosecutors, Coughlin killed the three and stole bundles of marijuana before driving to several states and dumping the alleged murder weapon at a cousin’s home.

He was arrested about a month after the killings occurred.

But after the trial was over, according to an April 14 order from District Court Judge Judith L. LaBuda, Coughlin’s defense attorneys learned two jurors on the panel that convicted Coughlin had lied on their questionnaire and concealed information about whether they or someone close to them had been charged with a crime.

His attorneys filed a motion for a new trial on June 27 last year and Coughlin appealed his conviction. According to Judge LaBuda’s order, the two jurors – who are not named in the order but identified by their initials – both did not answer Question 10 on the questionnaire: “Have you, a family member, or close friend, ever been charged with or convicted of a crime other than a minor traffic offense? Who? When? What type of crime?”

Both jurors answered “no.”

The court heard testimony and reviewed evidence on Jan. 30 this year, at which time one of the jurors invoked his Fifth Amendment right not to incriminate himself. He would later get immunity from prosecutors and testified at a March 9 hearing.

But the court found that the circumstances of the two jurors was different. The juror who eventually received immunity was found to have lied about three of his children having criminal records, but the court found that it was reasonable that he did not at the time remember two of the children’s charges since they occurred many years ago.

And the court found that since the juror did not feel comfortable giving his answers verbally – they were being read to him as he forgot his reading glasses the day the questionnaire was administered – and in front of other people that he had “a spontaneous, though dishonest, reaction to having to provide the information in an environment that did not provide security.”

The court found that “no structural error existed in the trial based on his intentional misrepresentations. Thus, as with respect to R.H., the Court finds he was not deprived of a fair and impartial trial.”

But Judge LaBuda wrote that was not the case for the other juror, whom she wrote “demonstrated a habitual evasion and dishonesty with the facts of her and her family’s criminal record.”

The woman lied about her and her husband’s criminal history, which included child abuse in a state where the family previously lived, on the same question on the questionnaire, the court found.

“It defies logic that an individual who was arrested and taken from her home, jailed and boked, along with her husband, would not realize she had been charged with a crime,” Judge LaBuda wrote.

She said that the juror was focused only on protecting her and her family’s criminal history.

“If a juror will go to such lengths to hide their own person legal history, then we cannot rely on that juror’s compliance with an oath to seek the truth and decide a case based only on the evidence and the rule of law provided to the jury,” the judge wrote.

She found the juror could not render an impartial verdict, and thus, Coughlin had been deprived of his right to an impartial jury and is entitled to a new trial.

But the judge wrote that she did not take her decision lightly.

“If a juror is not accountable to hold to their oath and responsibility to engage in the truth-seeking process, then the entire system will crumble,” Judge LaBuda wrote.

“The costs of these proceedings are vast. The pain and grief to the victims’ families to go through another trial, after already enduring delays in trial, will be tortuous. The taxpayers have expended immense monetary costs for this trial and the post-trial proceedings that have and will now follow,” she added. “The attorneys diligently prepared for and presented the case to the Court and will now be tasked with doing so again. But ultimately, we [sic] the protections afforded us under our constitution and our laws must be safeguarded. Those protections cannot be endangered or threatened by the actions of those who would not uphold an oath to do just that.”

Boulder County District Attorney Michael Dougherty said his office is “exploring all options” in response to the court’s decision and that he would continue to fight for the victims’ families.

“On April 13, 2017, Wallace White, Kelly Sloat-White, and Emory Fraker were murdered in cold blood at the Whites’ home in Coal Creek Canyon. The trial jury worked hard to reach the right verdict and held this defendant responsible for ending their lives. My heart goes out to the victims’ families who, just days after the anniversary of these tragic murders, learned that the trial court was vacating the conviction due to juror misconduct,” he said in a statement.

“The court decided that the non-disclosures by the juror were intentional and rendered the trial unfair and prejudicial to the defendant. Our office is currently exploring all of our options,” Dougherty added The District Attorney’s Office will continue to fight for these three victims, their loved ones, and the community – all of which were tragically impacted, based on the trial jury’s verdict, by the decisions the defendant made in April of 2017.”

Court records do not list a next court date for Coughlin. The state Department of Corrections website showed Friday he was still at the Crowley County Correctional Facility.