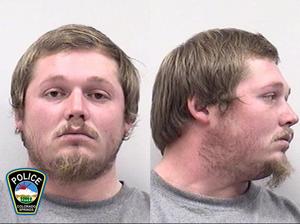 A 29-year-old man turned himself in to Colorado Springs police Tuesday morning after officers say he hit and killed a pedestrian last week.

Police said Tuesday that Tyler Stewart of Florence is facing hit and run charges after he hit 52-year-old Harold Mackey III on Nov. 13 in the 1200 block of South Nevada Avenue. Mackey was crossing the street about 8 p.m. when a Dodge Durango fatally hit him, police said.

Mackey’s death was the 39th traffic fatality in Colorado Springs this year. Since his death, two other people have been hit and killed on city streets. Heiko Leach, 49, died after a car struck his bicycle on North Cascade Avenue on Friday. Anthony Cooper, 39, was killed after an SUV struck him on East Platte Avenue on Saturday.