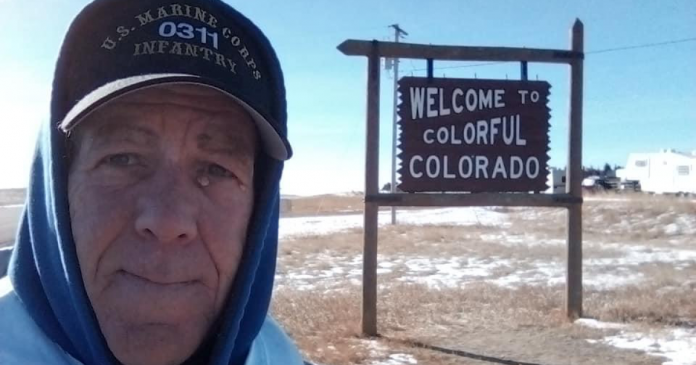 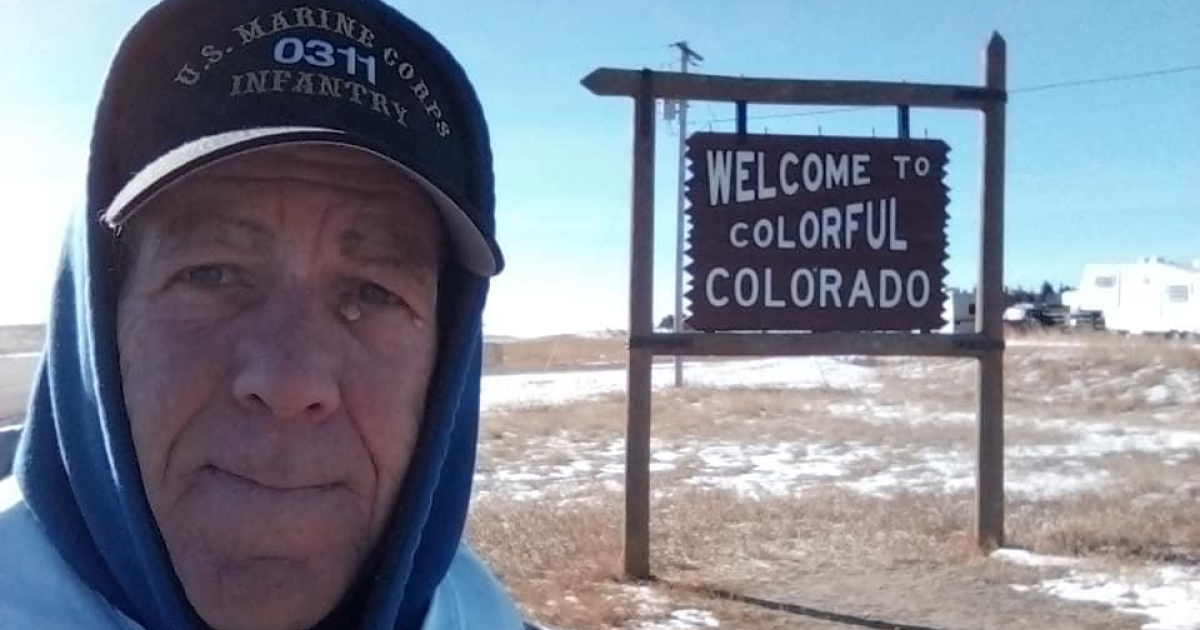 THORNTON, Colo. — It’s been said of life, it’s not about the destination, it’s about the journey. That statement has perhaps never been more true than it is for Jim Hickey.

“Absolutely,” Hickey said. “I have to keep going.”

“It’s amazing how many people out there have battled it or are battling it,” Hickey said.

His journey started in honor of his own family.

“Seeing my dad die,” Hickey said. “I saw my dad die of prostate cancer. So, I started walking for cancer research and the memory of my dad and putting meaning to his pain, because what he went through was absolutely horrible.”

And then his journey became about others.

“I was walking through the Cincinnati area and there was a little girl named Liz Marksteiner. I read about her in the Cincinnati Enquirer,” Hickey said. “And I decided, ‘Hey, I’m going to start dedicating portions of my walk to people I hear about along the way and asking people in their communities to help them.”

This time the journey is for Justin Smithey.

“I’m going to walk from Cheyenne, Wyoming to Denver for Justin,” Hickey said.

Smithey, a 21-year-old from northern Colorado, was diagnosed in September with a rare and inoperable form of brain cancer.

“Diffuse midline glioma,” Smithey said. “It started affecting me in August. And that’s when I started noticing stuff while I was working – double-vision, feeling just off, not being able to focus.”

Smithey is now undergoing treatment at Colorado Children’s Hospital and the Mayo Clinic in Jacksonville, Florida.

Smithey had never met Hickey until Hickey called and said he’d like to walk for Justin.

“My t-shirt says ‘For Justin – Cheyenne to Denver on foot,’” Smithey said. “Jim’s a perfect stranger. Just a perfect stranger. Like, he just out of nowhere said, ‘I want to raise awareness for you, and do this for you. I don’t want anything in return.’ Who does that?”

Hickey is now on his ninth awareness walk.

“I don’t take any donations whatsoever,” Hickey said. “That way, there’s no question of impropriety. You know, if people want to donate, you donate directly to the GoFundMe for the person I’m walking for, directly to them.”

Hickey passed through Justin’s hometown of Eaton, Colorado, a few days ago.

“A teacher in their hometown got wind of it,” Hickey said.

The kids at the high school and middle school came out to cheer them on, but video on Facebook of the kids cheering Jim on while he passed by Eaton Elementary is pure gold.

“That was amazing, because that was the town I grew up in,” Smithey said.

“It was probably the most, one of the most amazing days on the road I’ve had on all my walks,” Hickey said. “Yelling and screaming, chanting Justin’s name, you know, it was – it was magical, actually.”

A journey with supporters joining Jim along the way — his destination still unknown.

“You know, I just try to inspire people to help other people,” Hickey said. “I have to keep on going and I really can’t explain it to myself. So, it’s kind of hard to explain it to anybody else. I figure if I’m able to, then I should.”

Hickey’s journey will end this Sunday in downtown Denver.