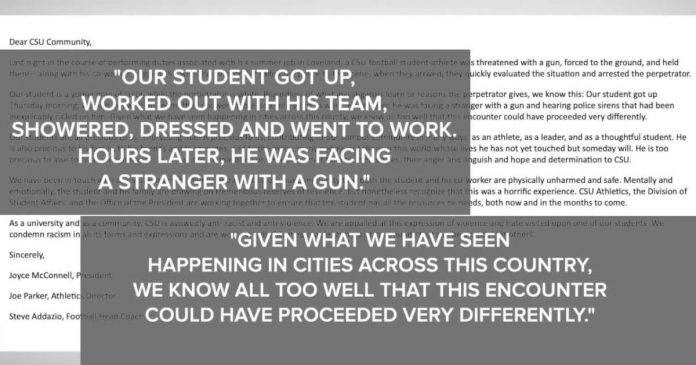 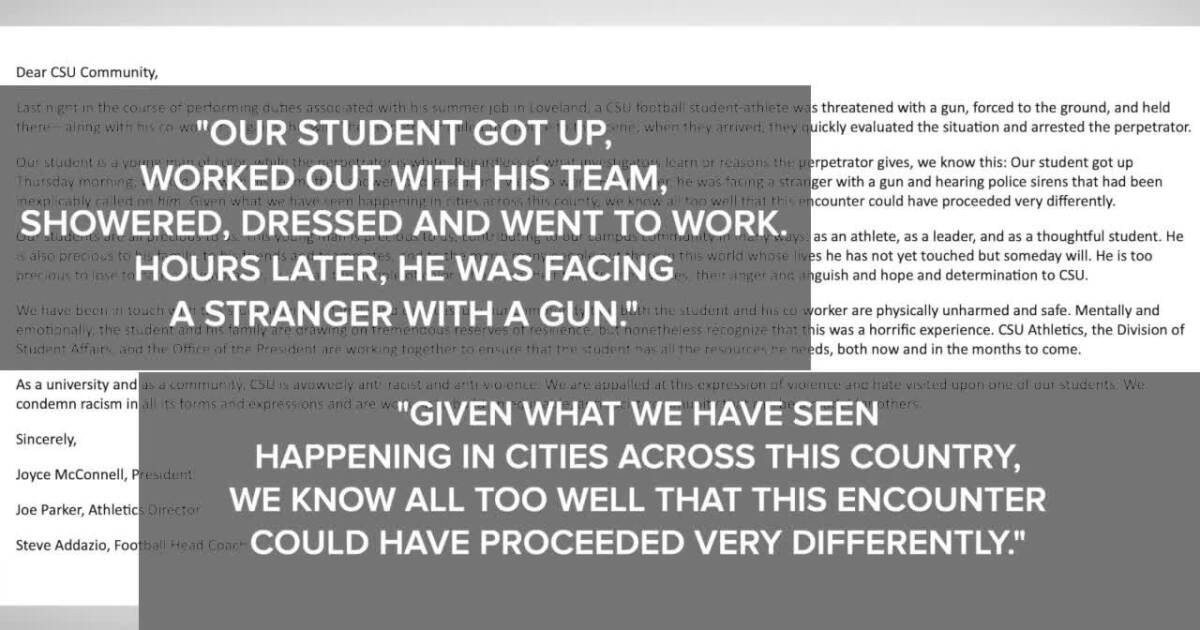 DENVER – A man who held a Black Colorado State University student who was working as a door-to-door salesman last summer at gunpoint was sentenced Tuesday to four years of probation after he took a plea deal earlier this year.

Scott Gudmundsen, 66, told the CSU student, football player Barry Wesley, and his white co-worker that he thought they were “Antifa” and threatened to shoot them last June while the two men were working as roof salesmen, according to an affidavit for Gudmundsen’s arrest.

The two had been confronted by Gudmundsen a day before the incident while going door-to-door selling roofs, but that incident ended without altercation. The next day, the two were back in the neighborhood and Gudmundsen confronted them again, pointing a rifle at them and telling them to get on the ground, “saying they were Antifa and he would shoot them,” according to police records.

Gudmundsen jammed his gun into Wesley’s back while kneeling on top of him, according to the affidavit. Wesley told police he asked Gudmundsen not to kill him, to which Gudmundsen replied that he would not kill him but “the police would.”

The records show Gudmundsen was armed with two loaded pistols and a tactical vest that held more magazines when police arrived and took him into custody.

Court records show Gudmundsen was sentenced to four years of supervised probation and that he received credit for 90 days served in jail. He will also have to complete 100 hours of community service.

Denver7’s news partners at The Denver Post reported Tuesday that Gudmundsen’s public defender said his client has PTSD and was delusional when the incident occurred and that Gudmundsen apologized in a statement.