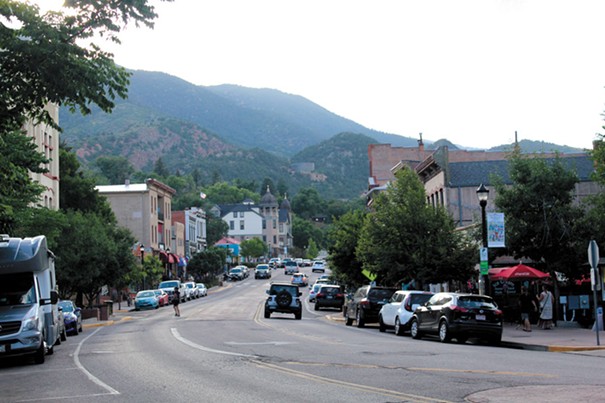 At a Dec. 10 special meeting, Manitou Springs City Council rejected an ordinance implementing a voter-approved sales and use tax to support the city’s arts, culture and heritage nonprofits — meaning the city will lose out on at least six months of extra revenue.

The Manitou Arts, Culture, and Heritage (MACH) tax measure was supposed to implement a sales tax of 3 cents on every $10 to raise up to $400,000 per year. About two-thirds of the proceeds would have gone toward facility improvements at Manitou’s Carnegie Library, the Manitou Springs Heritage Center, Hiawatha Gardens, Miramont Castle and the Manitou Art Center.

The remaining 34 percent would have been allocated for awards and grants “to foster the arts, culture and heritage” in Manitou Springs.

Early unofficial results after the Nov. 5 election showed the measure had been defeated.

But on Nov. 7, El Paso County released the final unofficial results showing the tax passed by a mere three votes. That razor-thin margin triggered a recount that ultimately confirmed the measure had passed by five votes.

MACH’s troubles, however, were far from over.

On the agenda at Council’s Dec. 10 meeting: first reading of an ordinance allowing the city to collect the sales tax revenue. If that ordinance passed, Council was supposed to briefly discuss a committee for allocating the funds.

But Council voted 4-3 to reject the ordinance, with councilors Bob Todd, Jay Rohrer, Becky Elder and Susan Wolbrueck in the majority. Todd argued that Council should come up with a detailed plan for distributing the money before approving a measure to collect it.

“I was surprised and disappointed,” Mayor Ken Jaray later told the Indy. “I understand that folks want some clarity in terms of how to move forward, and I believe that clarity can come with further conversation.”

Notably, the four councilmembers opposing the ordinance had jointly written an Oct. 24 column in the Pikes Peak Bulletin, a sister publication of the Indy, urging a “no” vote from the public.

“Our sales tax is to primarily fund city operations and not to subsidize nonprofit expenses on a recurring basis,” they wrote. “Dedicating this portion of the sales and use taxes for solely the benefit of nonprofit organizations precludes the flexibility City Council needs in any annual budget, places an unfair tax burden on our residents and stifles the initiative and creativity of our nonprofits to be self-sufficient.”

Under Colorado statute, City Council had to approve the ordinance in order to levy the tax — even though voters had already approved the tax itself, says Rebecca Davis, the city’s finance director.

“At this point, if City Council passes an Ordinance levying this tax, it will not go into effect until July 1, 2020,” Davis explains in an email. That’s because state-collected taxes can only become effective on Jan. 1 or July 1, and since Council did not vote for the ordinance Dec. 17, there won’t be another opportunity to pass it before the new year.

Davis estimates that the city would have been able to collect around $300,000 through the sales tax in 2020 had it been approved before the calendar year began. However, since the city’s sales tax revenue is driven by tourism, she says that most of the money would have been collected during the summer months.

“We’re missing out on June, but the good thing is July and August will be part of that time period that this will be collected, assuming the City Council does pass an ordinance approving it,” Davis says. “…So I would say they could still maybe collect — now this is just a shot in the dark — but maybe $200,000 of it, of the $300,000.”

Daniel Carr, a spokesperson for the Colorado Department of Revenue, says he’s not aware of a precedent for this type of situation — one where a municipal government doesn’t approve a tax passed by voters.

“I can’t say if it’s ever happened before in the history of Colorado government, but it’s definitely not typical,” Carr says.

The state’s “hands are tied” as far as collecting the new sales tax until Council passes an ordinance approving it, he adds.

Natalie Johnson, the director of Manitou Art Center, says she believes the incoming councilmembers will support the ordinance. Two of the opposing members — Rohrer and Elder — have terms ending in early January.

In the meantime, though, she adds that it’s hard for supporters of MACH to remain in “limbo” for so long.

“We’ve all been campaigning since April, and there just hasn’t been an end and a moment where we get to say, ‘We did it. Things are going to happen: It’s going to be great,’” Johnson says.

“But ultimately,” she adds, “I think that everyone is really choosing to believe in next year’s Council and believe that ultimately the vote of the people will come to fruition and everything will be fine.”