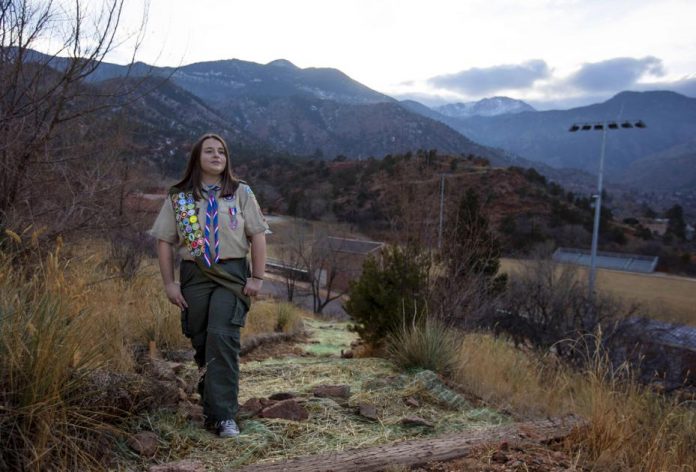 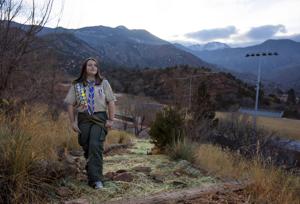 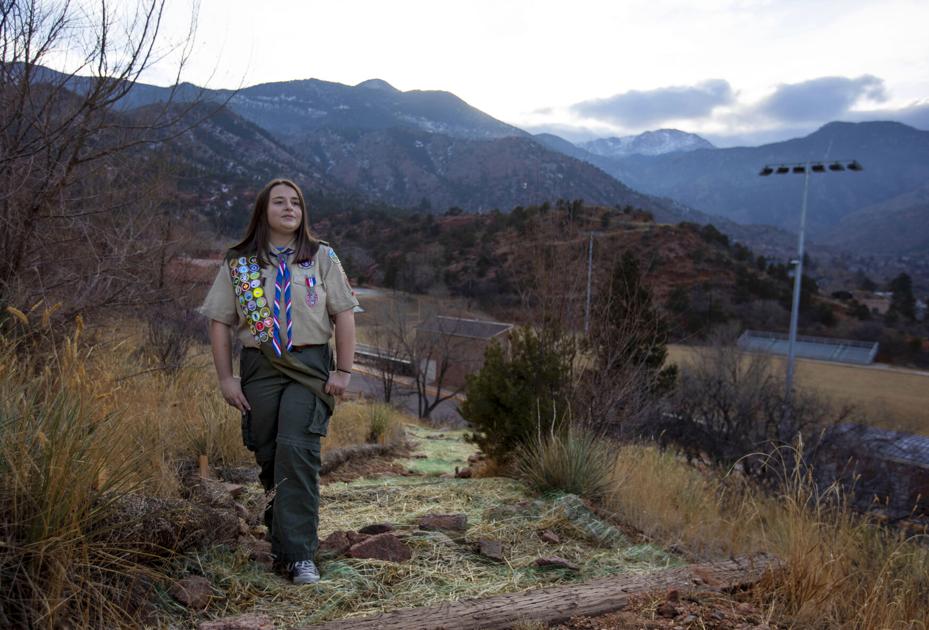 When the clock struck midnight on Feb. 1, 2019 – the date Scouts BSA (formerly known as Boy Scouts of America) officially opened its doors to young women – dozens of elated parents, scouts, and scoutmasters threw a party at the Pikes Peak Council offices at 985 W. Fillmore Street in Colorado Springs.

“I think it took us four days to vacuum all the confetti out of the carpet,” said a scoutmaster who attended the party.

Two days later, a determined 15-year-old named Sierra Dooley went to work, beginning the list of tasks that would eventually make her one of the first female Eagle Scouts in the history of the program.

In October 2020, having completed the last of her labors, Dooley was awarded the highest rank in the Scouts BSA program.

Although she made Eagle Scout four months ago, Dooley’s Eagle credentials were dated Feb. 8, 2021 to coincide with the 111th birthday of the Boy Scouts of America.

Scouting has been a part of Dooley’s life for as long as she can remember. Her father, Jonathan, is a scoutmaster, and her younger brother, Jefferson, joined the Cub Scouts when he was in first grade.

“I watched my brother in the Cub Scouts for years, and they were doing really cool things,” said Dooley, a senior at Manitou Springs High School. “I wanted to be a part of that.”

Although they don’t offer a path to Eagle Scout, co-ed Scouts programs like Sea Scouts and Venturing have allowed girls for decades. Dooley joined a Venturing crew in 2017, at age 14.

That summer, Dooley and her father participated in what has become a Scouts rite of passage. They went on a 10-day, 82-mile hike at the Philmont Scout Ranch in New Mexico.

It’s not your everyday nature walk. It’s a physically-taxing trek through the wild, rocky terrain of the Sangre de Cristo Mountains, laden with a pack full of food and supplies. Dooley loved every minute of it.

“That was one of the most amazing summers of my life,” she said.

Once the program opened up to include young women, Dooley never doubted that she would make Eagle Scout. Undaunted by the fact that less than 10% of Scouts make the program’s highest rank, she charged ahead.

“I had been told for years that a female couldn’t be in scouting, except for Venturing,” she said. “So I set out to prove that we can.”

According to her father, Jonathan, she was integral in helping form Troop 77, a local female Scout troop. Her family history, her Venturing experience, and an enduring love of scouting quickly vaulted her into a leadership position within the troop.

“Almost all these girls were brand new to scouting,” said Troop 77 Scoutmaster Cherie Cayemberg. “Sierra really has their respect.”

To earn the rank of Eagle Scout, an individual must earn a minimum of 21 merit badges for a broad range of skills, including cooking, swimming, citizenship, and first aid. Dooley has 32 merit badges and plans to add four more to her collection soon.

Eagle Scout aspirants must also coordinate and execute a community service project. For her project, Dooley decided to restore an environmental trail near her high school. Gathering and organizing 30 volunteers, she directed a project that helped prevent trail erosion by adding water breaks. The volunteers also built fencing to reduce the foot traffic that was degrading the hillside.

The project was Dooley’s final hurdle on her journey to Eagle Scout. She was awarded the rank on Oct. 18.

The list of Eagle Scouts who have gone on to great career heights includes inventors, entrepreneurs, astronauts, professional athletes, and a president of the United States (Gerald Ford). Dooley, who plans to study pre-med, said she intends to add her name to that list of high achievers, and wants to inspire other young women to do the same.

“Experience as much as you can, and make as many memories as you can,” said Dooley, who has been accepted into the honors program at Montana State University. “And never let anyone tell you that you can’t do something.”