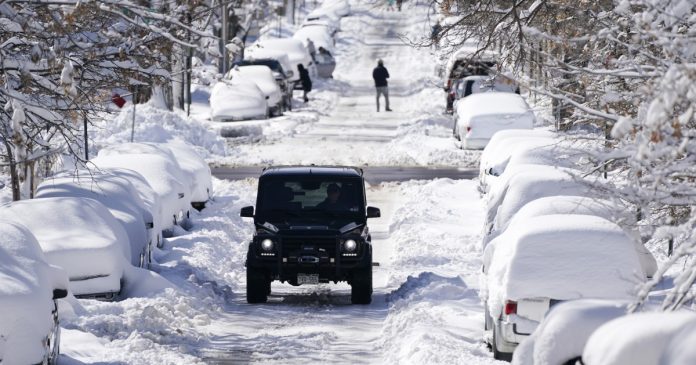 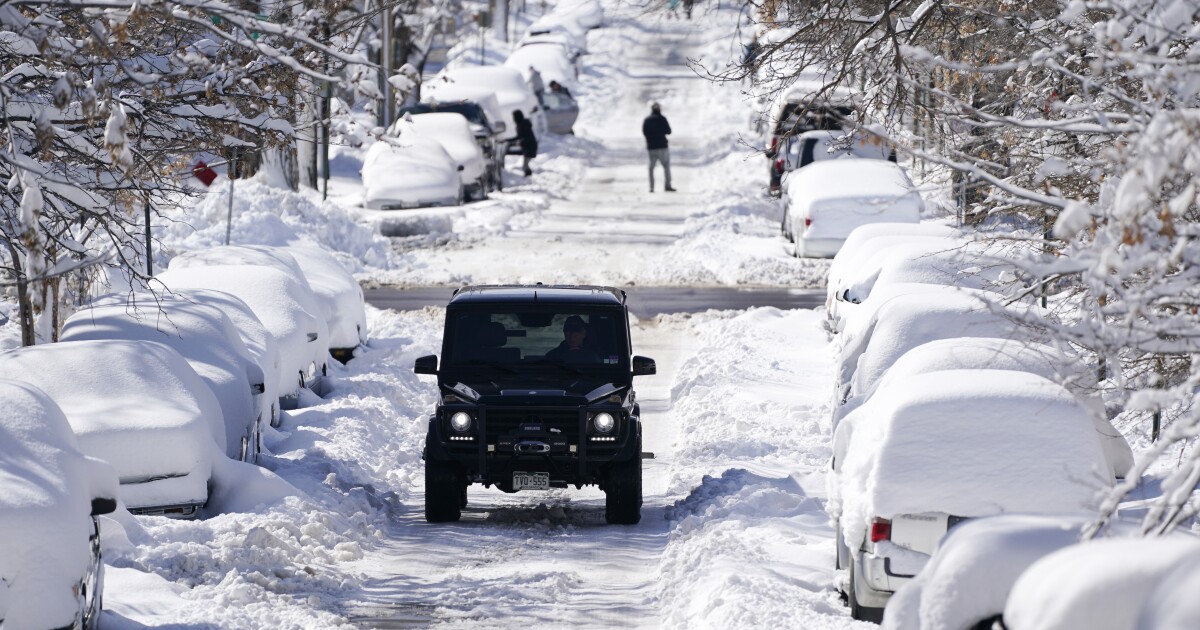 DENVER – It looks as though Denver will fall just short of breaking the record for its all-time snowiest March, but the snow totals for March 2021 will still go down in the city’s record books.

Another 1.1 inches of snow fell by 7:40 a.m. Tuesday at Denver International Airport, making the official total for the month 33.6 inches – good for second all-time in terms of snowiest Marches in the city.

March 2003 still holds the record for snowiest March, when 35.2 inches of snow fell.

December 1913, when 57.4 inches of snow fell on the city, still by far sits atop the list of snowiest months ever in Denver.

The bulk of this month’s snowfall came in the March 13-14 storm, which dumped 27.1 inches of snow at the airport, where the official weather records are recorded.

Official weather records started being kept at Denver International Airport in 1995 and were kept at the Stapleton Airport before then.

While temperatures in Denver will dip back below freezing overnight, Wednesday’s high is forecast to be in the lower 50s before temperatures warm to the 70s this weekend.