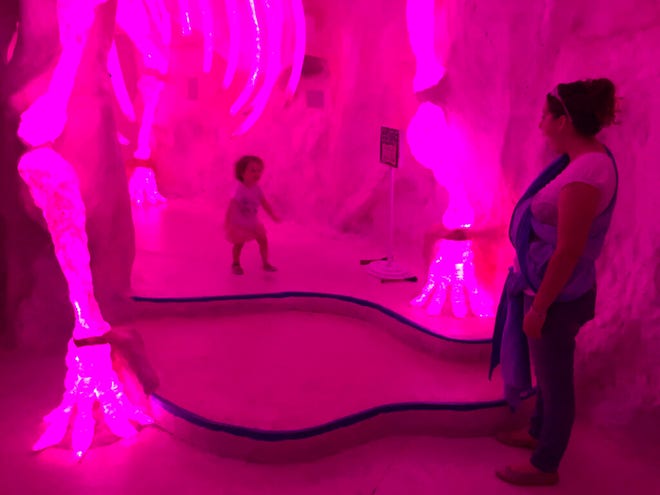 SANTA FE, N.M. – Matt King, a co-founder of the Santa Fe-based arts collective Meow Wolf that has grown into an offbeat, interactive entertainment juggernaut, has died. He was 37.

Meow Wolf spokeswoman Didi Bethurum on Tuesday confirmed King’s death. He died Saturday, but the cause and location of his death was withheld.

In a statement, Meow Wolf called King a “pioneer of immersive art” who “had a joy for creation that was electric and expansive.” CEO Jose Tolosa said “thousands have been deeply touched by the artistic genius of his work.”

Meow Wolf coined a new brand of family entertainment with its “House of Eternal Return” exhibition in Santa Fe, which provides eye-popping psychedelic design work in a labyrinthine exhibit of spiral stairs and unmarked passageways.

The project has doubled as an educational workshop for children and nightlife music stage, as Meow Wolf opened major new venues last year in Denver and Las Vegas.

King was credited with working on 34 installations since the founding of Meow Wolf in 2008, according to an online visual tribute to his work.

John Feins of Santa Fe, who worked at Meow Wolf from 2017-2019, said King was a versatile, hands-on artist who even did the welding work on early installations.

“He was a major force in the ‘House of Eternal Return” and of course the ideation of other, newer installations,” Feins said. “They realized how much more that kind of experiential, maximalist creativity could go.”