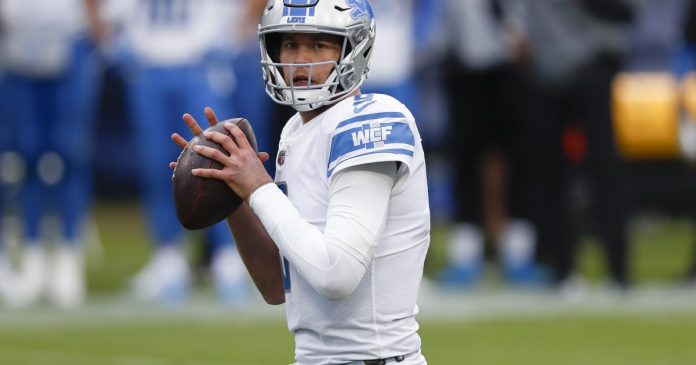 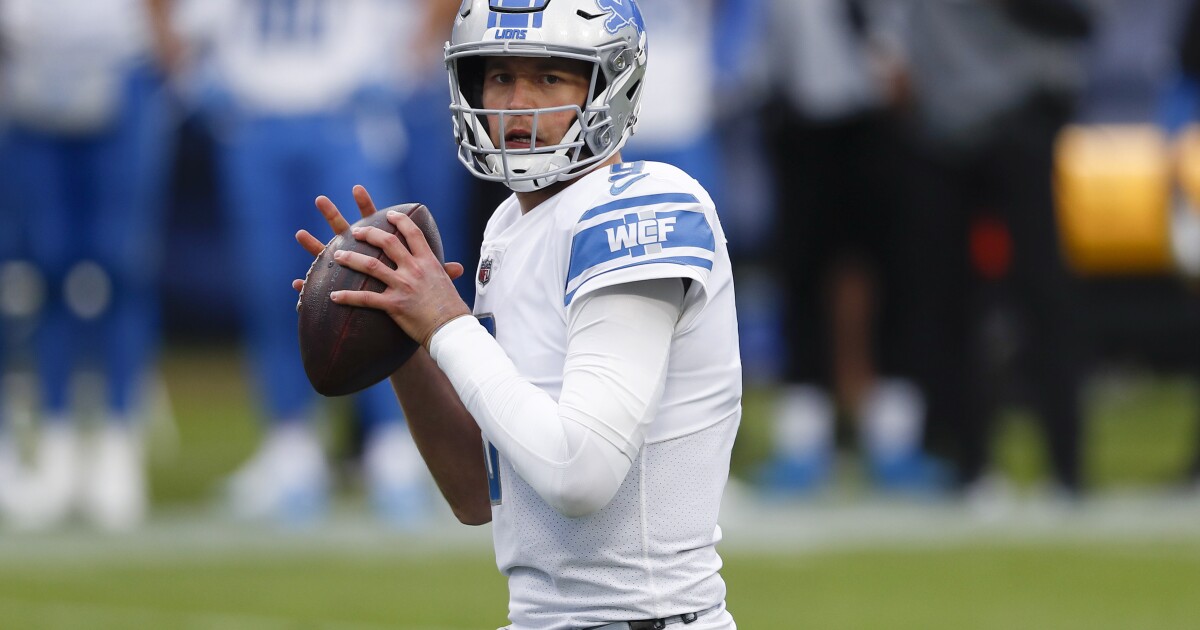 DENVER — Matthew Stafford is on the block. Are the Broncos on the clock? Or the phone?

The uncertainty at quarterback hangs over Denver’s offseason as new general manager George Paton decides whether to trust Drew Lock, bring in veteran competition or swing for a home run. A former Pro Bowler, Stafford represents a big upgrade at the position at a likely huge acquisition price.

According to ESPN and NFL Network, the Lions and Stafford have agreed to part ways, leaving the Lions to explore a trade beginning next week. Chad Brown of 104.3 The Fan first said last month that Stafford would be moved.

Based on Paton’s introductory press conference, look for the Broncos to call as he admitted, “We’re going to be in every deal, and if it’s right for the Denver Broncos, we’re going to make that move.”

The number of suitors for the former No. 1 overall pick could reach double digits. Among the possible fits, aside from the Broncos: the Colts, 49ers, Patriots, Saints, Washington, Giants, Jets and Steelers.

Talking to industry sources Saturday, the expectation is the Broncos will call to see what the market is and gauge the acquisition price. It remains too early to determine whether Paton will be aggressive, something he describes as a selective process.

Given the anticipated interest in Stafford, it would likely require a first-rounder and a second or third-round pick to land the former Georgia star. I see shades of the Carson Palmer situation, sans the acrimony, when he told the Bengals he would retire before playing for them again. Cincinnati shipped the 31-year-old to the Raiders for a 2012 first-round pick and a 2013 second-rounder.

Playing the hypothetical game: should Denver pay this, given it has the ninth overall pick? If you follow my timeline on Twitter, most fans believe so. They are understandably tired of failing — the Broncos have posted four straight losing seasons for the first time since 1963-72 and own the league’s second longest playoff drought at five years.

An argument can be created for both scenarios.

Why pursue a trade? Stafford boasts elite arm strength, and has 282 touchdowns and 144 interceptions, including 45 scores and 15 picks over his past 24 starts. By comparison, Broncos’ current starter Drew Lock owns 23 touchdowns and 18 interceptions over 18 career starts.

Stafford is known for his durability, toughness and fourth-quarter comeback victories, despite playing for a downtrodden franchise. He has $53 million remaining on his contract over the next two seasons, a manageable figure for a franchise quarterback.

The reasons against the move? Stafford will be 33 next week, has dealt with multiple injuries over the past two seasons, has one Pro Bowl berth and a 74-90-1 career record, including 0-3 in the playoffs. Clearly, it isn’t his fault the Lions have struggled. As pointed out by Broncos fans, Jake Plummer, who played his first season for the Broncos at age 28, was considered a losing quarterback before enjoying success in the Mile High City.

Stafford, however, last posted a winning record in 2017. At this point of his caeer, is it too much of an ask to return the Broncos to relevancy?

Also, the acquisition price must be considered. If it takes a first-round pick, that creates pause. The Broncos have the ninth overall selection and badly need a cornerback or linebacker. Can they afford to wait until the second or third round to plug those holes? When Paton was with the Vikings, they made bold moves at quarterback, including signing Brett Favre and Kirk Cousins, while advancing to the postseason six times with six different starters.

While Stafford is available, he is not the only star potentially on the market. Deshaun Watson has been upset with the Texans since the season ended, sparking informed speculation that he will force a deal. However, he has a no-trade clause, so he can dictate where he goes. It would require pushing all chips to the center of the table to acquire a superstar in his prime.

The best fits mentioned are the Dolphins — if they include Tua Tagovailoa in the deal with the third overall pick and another first rounder — the Jets — if Sam Darnold goes back to Miami with the second overall selection and another first-rounder — the Bears and possibly the Broncos, though it would be hard to anchor a deal around the ninth pick.

At the very least, the Broncos are expected to bring in a veteran to compete with Lock and protect them in case of injury or ineffectiveness.