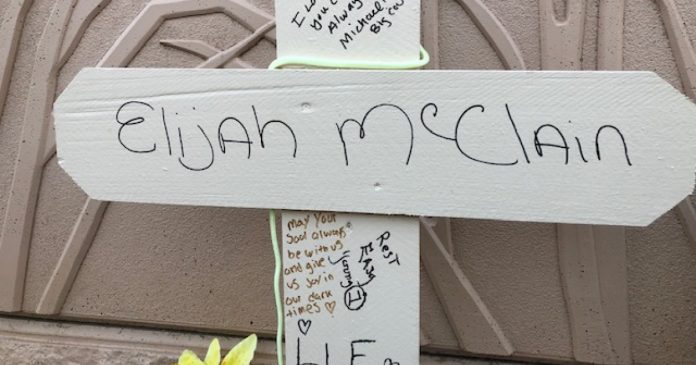 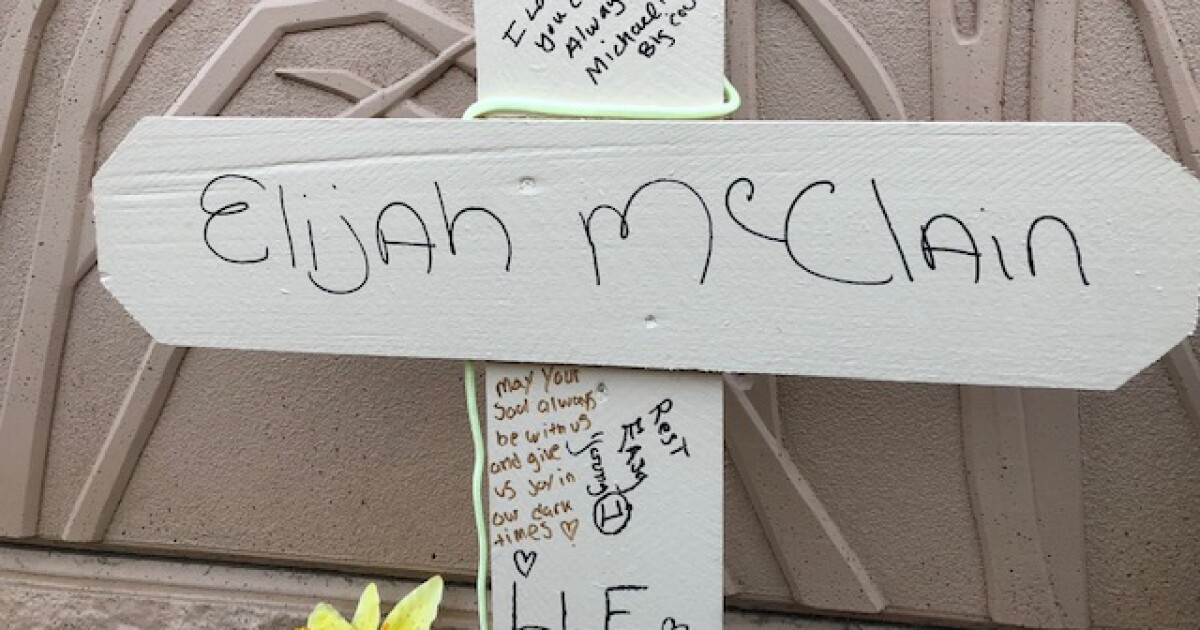 AURORA, Colo. — The family of a young man who died after being forcefully detained by Aurora Police, because he looked suspicious, says they want change.

Elijah McClain’s family, and its supporters, rallied in front of the Aurora Municipal Building Saturday, one day after police released body cam video of the August 24 incident, and after the DA issued a letter declining to press charges against any of the officers involved.

Police made contact with McClain after getting a 911 call from a caller who said there was a suspicious individual, wearing a ski mask, walking along Billings Street, waving his arms.

They said the young man was not suspected of committing any crime.

When they McClain to stop, he kept walking.

Several officers then physically stopped him.

Two of them used carotid holds.

Police placed McClain in restraints and called for an ambulance.

Aurora Fire Department staff apparently administered Ketamine to the young man while he was restrained.

He suffered two heart attacks on the way to the hospital and later died.

The Adams County Coroner couldn’t determine a cause or manner of death.

“You can hear at one point, in the (body cam) video, an officer saying, ‘he’s going for your gun,'” Metz said, “and also, ‘he just grabbed your gun.'”

Metz said during the struggle, three body worn cameras become dislodged and fell to the ground.

He took issue with claims that officers intentionally dislodged their own cameras.

He said when a struggle is involved, cameras, flashlights, cuffs, and sometimes weapons, become dislodged.

Mari Newman, the McClain’s family attorney, characterized what happened as a “hate crime.”

She said African Americans make up 16 percent of Aurora’s population, but account for half of the cases involving use of force.

Newman also said when one officer picked a body cam up off the ground and aimed it toward McClain and the officers, one of those officers said, “move your camera dude.”

“That is a crime,” she said. “That’s called tampering with evidence.”

The McClain family wants the officers involved held accountable, but the DA opted not to file any charges.

“As the declination letter also stated,” Metz said, “based on the circumstances present here, the officers had reasonable basis to not only stop and question Mr. McClain, but also to pat him down for weapons to ensure safe contact with him.”

Metz said this case isn’t over, that more work needs to be done.

He said he has ordered that a force review board be convened to look at the actions of the officers, to determine if the force used was within department policy.

“Violations will be forwarded to Internal Affairs,” he said.

The Chief said he is is also ordering a tactical review board, to be comprised of people from outside APD, to determine if there is a need to change policies, procedures, tactics and training.

A pastor with the ministerial alliance, who spoke at the Saturday rally, said, “It’s not going to stop just because we review it, after it happens. It’s going to stop when we investigate it and we prosecute the officers involved.”

She said she also wants to see a law mandating that body cam video be released in a timely and transparent manner.