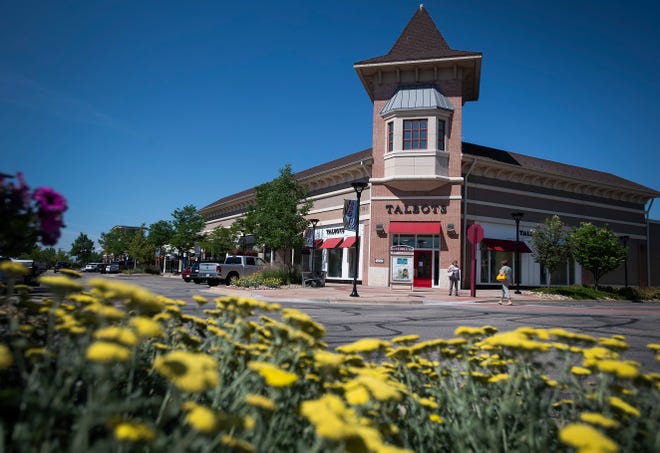 McWhinney plans to use fracking to extract oil and gas from Loveland’s densely populated Centerra area, and the news is stirring anxiety among residents.

McWhinney, the developer of Centerra, holds many of the underground mineral rights in the area near Interstate 25 and US Highway 34 in Loveland. The developer notified residents during the first week of January of an open house to share their plans to frack in the area. Details remain sparse because McWhinney wants the community “to hear it from us first,” McWhinney Chief Investment Officer and co-founder Troy McWhinney said.

More information will be available at the open house, which will take place virtually from 6 to 7 p.m. Wednesday, Jan. 19. The meeting was initially intended to take place a day earlier in person, but McWhinney changed the date and format due to the spike in COVID-19 cases and to avoid a conflict with Loveland’s City Council meeting.

Information on how to register for the meeting is available at the end of this story.

McWhinney said he’d be the sole presenter at the meeting, which he characterized as a preliminary presentation of drilling plans the company has been developing for 15 years. He said a recording of the meeting will be posted for those who can’t attend.

The meeting isn’t being held to satisfy any regulatory requirements, McWhinney said. He declined to share specifics about the plans in advance of the meeting, including the number of wells being considered or the exact location within Centerra. The company hasn’t submitted any applications to COGCC or the city of Loveland as of Thursday.

“This is really meant to be a conversation between me and my neighbors — there just happens to be several thousand of them — so they can hear from me prior to any submittals to the city or the state,” McWhinney said.

More:Larimer County tightens oil and gas rules, becoming perhaps the most strict in the state

McWhinney confirmed the company is seeking to drill new wells and use fracking. Fracking involves injecting high-pressure fracking fluid into bedrock to extract the oil or gas trapped inside. He said the developer isn’t yet certain if they’ll take on the project unilaterally or work with another operator.

Asked about a post circulating on social media that referenced plans to build one or two “megapads” — large well pads containing upward of 20 wells — McWhinney said the developer’s plans don’t fit that parameter.

The Coloradoan spoke with seven residents of the Centerra area who said they were apprehensive about or opposed to the fracking plans. The Centerra area, a sprawling gateway to Loveland on the I-25 corridor, encompasses the The Promenade Shops at Centerra, UCHealth’s Medical Center of the Rockies, the Lakes at Centerra neighborhood, several more neighborhoods and apartment complexes, High Plains School, and many businesses. Thousands of people live in the area, bordered on the west by Boyd Lake State Park, and most of it is within Loveland’s city limits.

Kristi Brooks recently moved to the Lakes at Centerra neighborhood from Alaska with her family, including her 8- and 9-year-old sons. She was specifically trying to avoid a neighborhood near oil and gas activity and even backed out on a home purchase in Mead after discovering nearby oil and gas development with a history of unresolved noise complaints.

“That’s how important it is to me, and I know it is to a lot of families, especially in the socioeconomic makeup that they’re targeting and the newer families that they’re trying to draw in,” she said. “I’m not necessarily totally against oil and gas, but I am against it in my backyard and across from a state park. As a new resident who bought with specific criteria, it just feels like I was tricked.”

Brooks said she’s concerned about potential safety issues associated with living near a fracking site as well as the air quality degradation and the potential for water quality impacts to the nearby lakes. Other residents interviewed by the Coloradoan echoed those concerns and added property value impacts, odors and noise to the list.

Richard Hahn said he and his wife, Vicky, chose their Lakes at Centerra home because the community seemed “in tune with the environment” given the proximity of three  lakes, the High Plains Environmental Center and a Certified Community Wildlife Habitat. The community’s website bears taglines like “certified wild” and “a life near nature.” The Hahns also scrutinized potential locations for nearby oil and gas activity while they were house hunting.

They and other residents took issue with the notification about the open house, which many heard about through word-of-mouth or on social media rather than individually or through more official means.

“It feels like there’s a lack of transparency here,” Vicky Hahn said. “Had it not been for social media, getting the word out and trying to get local news interested in stories, many people here wouldn’t even be aware of (the plans) until it does get to that next step.”

Boyd Lake Shores resident Ramon Wallace found out about the meeting through a text from a neighbor. At first, he thought his dog had gotten into her yard. He said Centerra, as Loveland’s “premier area,” seems particularly ill-suited for new oil and gas drilling.

“I mean, it’s Centerra, for God’s sake — this is where everybody comes, between this and Boyd Lake,” he said. “There’s more stuff going up every day. We moved in here six years ago, and it’s like mushrooms after the rain ever since then. All these fields are just condos everywhere you look.”

McWhinney said his team sent the notification about the open house to at least 10 neighborhood groups. He said the open house itself is a transparency measure, and he encouraged anyone who’s apprehensive about the plans to attend the event.

“I think the residents will be pleasantly surprised when they see our presentation,” he said.

Asked if negative resident feedback could inspire a change in McWhinney’s plans, he replied, “We fully intend to develop our minerals in a plan that I believe we in the community will be proud of.”

He added that fracking is currently taking place near Centerra’s developed area and wondered if residents who are concerned about the plans know about the current activity.

McWhinney noted that Colorado’s oil and gas regulations are among the most rigorous in the country and said the developer plans to meet or exceed all local and state regulations.

The state requires a 2,000-foot setback between new wells and occupied buildings. If an operator wants to put an oil and gas location is within 2,000 feet of those properties, the state requires a community outreach plan and more rigorous health and safety measures. The COGCC will review any applications for compliance with state rules that are stricter now than they were a few years ago, prior to the passage of state legislation that required new rules to better protect environmental health and public safety.

Though Colorado’s oil and gas regulations are often touted as the most stringent in the country, it’s worth noting that fracking is banned entirely in several states, including New York, Maryland and Washington.

Recent reporting by the Coloradoan also detailed shortcomings in the state enforcement process for air quality impacts from oil and gas developments. The state lacks adequate staffing for proactive enforcement of regulatory violations. Oil and gas activity is also a primary driver of the region’s high ozone levels, and a growing body of peer-reviewed scientific studies suggest that living near fracking sites is linked to adverse health outcomes. The activity drives emissions of methane, a potent greenhouse gas.

McWhinney, while better known for development projects like Centerra, is listed as the operator for seven wells in Larimer County, all in the Centerra area. All of them are listed as plugged and abandoned or abandoned locations, according to Colorado Oil and Gas Conservation Commission records. Five are on the west side of I-25, and two are on the east side. McWhinney plugged the last well a little over a year ago.

One active well pad is located just east of Centerra property on the east side of I-25 in Johnstown. COGCC lists the operator as Kerr-McGee, which was purchased by Anadarko Petroleum. Five wells on that pad have horizontal wellbores extending under Centerra’s undeveloped property, about a mile east of the interstate.

Loveland’s development review staff couldn’t be reached for an interview before publication of this story. Development Services Department Director Brett Limbaugh wrote in an email to Loveland City Council members that “staff has met with McWhinney representatives for several years to discuss their desires to access the mineral rights they own.”

“… There is nothing we can act upon at this moment as we do not have an application,” he wrote.

He added that staff has been working with a consultant to update the city’s oil and gas regulations so they’re better aligned with state regulations. The public will soon be able to review a working draft of those regulations, which will likely not be effective for another nine to 12 months, he said. The city will use its current review processes for any oil and applications in the interim, he said, though he added council could choose to put a moratorium on development until the new rules take effect.

A Coloradoan review of COGCC data found there are few, if any, actively producing wells in Loveland city limits. More exist in areas outside city limits.

How to attend the meeting

Attendees need to register online for the Jan. 19 virtual meeting. Space is limited, and residents of the Centerra community will get priority. Attendees can submit questions when they register. The invitation notes that McWhinney won’t be able to answer all questions at the meeting but “we will make every effort to address them in the future.”

The registration link is https://bit.ly/3fjkyAD.