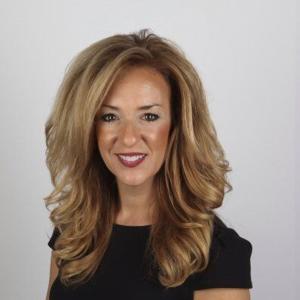 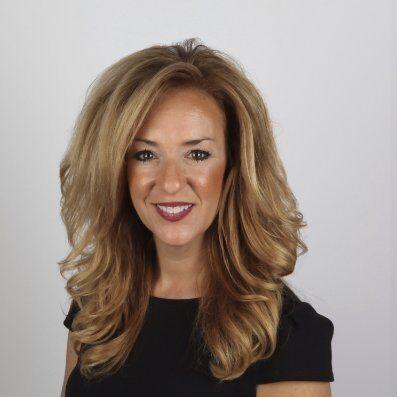 The memo released Monday detailing more than a decade of sexual harassment and discrimination allegations reaching into the top ranks of Colorado’s judiciary also described a tilted playing field that put women working for the judiciary at a disadvantage.

And it documented the fight of a woman who long held hopes of becoming the state’s top court administrator.

Mindy Masias, whose travel reimbursement documents had been flagged for discrepancies, was battling to keep her job as chief of staff to the Colorado Supreme Court at the time the memo was prepared.

The memo, drawn up in 2019 by Eric Brown, the judicial department’s director of human resources, argued that Masias “has a significant number of examples where ‘tone at the top’ was not applied equally.”

The memo includes allegations against a Chief Justice of the Supreme Court, who was not identified, of destruction of evidence involving an anonymous complaint of sexism and harassment. It details a negotiated agreement between a law clerk and her Court of Appeals judge, who allegedly needed the agreement so he could keep secret harassment allegations so he could remain “safe” for potential selection to the Supreme Court.

The document has sparked outrage among legislators. Senate President Leroy Garcia, a Democrat from Pueblo, and House Speaker Alec Garnett, a Democrat from Denver, in a joint statement, said they were “shocked and dismayed by the recent accusations regarding pervasive misconduct in Colorado’s judicial branch.”

They also said they found “deeply disturbing” the recent allegation that high-ranking officials in the judicial department, with the approval of former Chief Justice Nathan “Ben” Coats, gave Masias a sole source contract worth up to $2.72 million to prevent the allegations detailed in the memo from becoming public.

“As more and more details are revealed, the questions around taxpayer funded contracts being awarded to cover up these allegations are deeply disturbing and point to a potential culture of abuse,” Garcia and Garnett continued. “This is a time when it’s more important than ever to reinforce faith in our democratic institutions and uphold integrity, transparency and accountability in our government. These allegations must be investigated in full view of the public until trust in our judiciary is no longer in question.”

Masias had long sought to master that playing field, at one point telling Colorado Supreme Court Chief Justice Nancy Rice that she was “used to being underestimated my whole life,” citing her “positive attitude” as one reason she often was discounted, according to a recording of the conversation Masias made.

At that time Masias had learned Christopher Ryan had been chosen as the acting Colorado State Court Administrator, dashing her plans to take that post, although the recording makes clear she still had hopes she would be selected for the post in the future.

5:36 AUDIO | Chief Supreme Court Justice Nancy Rice: “About the only way to make sexism go away, I’ve noticed, is to be the boss.”

“You know there’s sexism out there still, and I think that to pretend there isn’t in the government is so…” Rice said during the conversation, according to the recording, a copy of which was obtained by The Gazette from the judicial department.

“Yeah, you’re crazy to think that there isn’t,” Masias replied.

“About the only way to make the sexism go away, I’ve noticed, is to be the boss,” Rice said.

When Masias asked whether she needed to change her hair, punctuating the question with nervous laughter, Rice said: “You ought to think about it. I mean I’m not kidding. You need to do something to make yourself not be underestimated.”

As the conversation concluded, Rice cautioned Masias to refrain from staying too helpful on clerical duties, such as ferrying documents from the chief justice’s office to their destination in the department. Masias said she liked to do so because it allowed her to keep in close contact with Rice and get to visit with her.

The recording also shows that Masias had bold plans to change the judicial department. When Rice suggested that she consider becoming an administrator in one of the judicial districts in the state to burnish her credentials for the state job, Masias said she’d want to change the typical duties that come with that job if she did so.

It was that effort to make things different that rubbed some in the judiciary the wrong way.

The memo detailed an instance more than a decade ago when Masias claimed to have confronted the chief justice in Alamosa County that he should fire the chief court administrator in that judicial district for having sexual relations with staff. The memo claimed that then-District Chief Judge John Kuenhold, who has since retired, told Masias she needed “to leave the courthouse and drive slowly out of town.”

Another judge, who asked to not be identified because of the sensitivity of the matters, said that incident stoked concerns of other judges throughout the state who believed Masias had overstepped. Eventually, all the chief district court judges in the state at one of their regular meetings approved a resolution requiring that Masias alert them if she was investigating alleged wrongdoing in their district, the judge recalled.

“It was all about ensuring that there would be local control over those matters,” the judge said, adding that the chief judges in the districts felt uncomfortable with investigations occurring without them being informed. In instances when the chief judge was under investigation, the resolution required the top court administrator in the district to be informed instead of the chief district judge, the judge said.

Masias, according to the memo detailing her allegations, maintained the new directive “was given in order to suppress complaints.”

After questions surfaced about her expense reimbursements, with instances of large invoices without sufficient documentation, Masias fought back, according to statements that Ryan, the former Colorado State Court Administrator, made to The Denver Post.

Ryan said Brown delivered the memo containing Masias’ allegations and told him she was threatening a tell-all lawsuit that would divulge long-held secrets involving misconduct in the judiciary, reaching all the way to the Colorado Supreme Court and the Colorado Court of Appeals.

Ryan told The Post that he then scheduled a meeting with the chief justice of the Supreme Court at that time, Nathan “Ben” Coats. During that meeting, Coats agreed with Ryan’s assessment that they should give a contract worth up to $2.72 million to Masias’ firm, The Leadership Practice, as a way to provide her a soft landing if she would resign, according to Ryan.

After controversies surrounding the award of that sole source contract surfaced, Ryan terminated the contract. In the ensuing public criticism, Ryan and Brown resigned. Both Brown and Masias have repeatedly declined efforts seeking comment.

Coats, who retired in December, has declined to comment. The Colorado Supreme Court in an internal email sent to judges and judicial staff denied that Coats or his legal counsel Andrew Rottman “would ever authorize the use of state resources to silence a blackmailer.”

Monday, when it made the memo public, the Supreme Court announced it had turned the document over to the office of Colorado State Auditor Dianne Ray and would take the additional step of calling in an outside investigation.

“We will ask the investigator to make recommendations as to any actions needed regarding the incidents alleged and to offer suggestions to support our ongoing efforts to improve our handling of personnel matters,” the Supreme Court stated in an internal email sent to judicial staff and judges in the state. “We believe that this is the correct course of action — both to determine any actual wrongdoing and to clear those wrongly accused.”