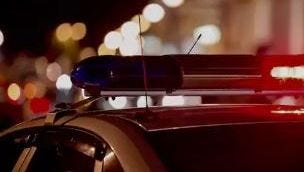 A Larimer County man who threatened to commit mass shootings at two unspecified schools was sentenced to probation to continue mental health treatment.

David Gatton, 32, was sentenced to four years of supervised probation Wednesday. At Gatton’s request, he was also sentenced to an additional four days in the Larimer County Jail to give him time to set up a stable situation for himself for when he is released.

In October, Gatton pleaded no contest to one charge of extortion, a Class 4 felony, after previously pleading not guilty by reason of insanity to all charges in March. The district attorney’s office dismissed two other charges: witness or victim intimidation, a Class 3 felony, and inciting destruction of life or property, a Class 6 felony, according to online court records.

A plea of no contest means the defendant does not admit guilt but does receive a sentence for the charge they pleaded no contest to.

Eighth Judicial District Judge Stephen Jouard said probation was the best option for Gatton because it allows him to continue mental health treatment.

Jouard could only sentence Gatton to probation or prison. Gatton was rejected from community corrections based on community safety concerns, Jourad said at a hearing in December. In Gatton’s pre-sentence investigation report, there was not a strong sentencing recommendation, Jouard said.

In the Department of Corrections, Gatton would not have access to the mental health treatment he’s had while in the Larimer County Jail, Jouard said.

Deputy District Attorney Lynzi Maas requested a prison sentence for Gatton due to community safety concerns, acknowledging that would limit what mental health support he’d have access to and not support Gatton “in the long run.”

“I don’t think there are any good options,” Maas said. “Our system is not designed to give Mr. Gatton the support he needs … I think that’s really tragic.”

Car crashes:How Weld County cut fatal vehicle crashes in half in a year

Jourad delayed Gatton’s first sentencing hearing, initially scheduled in December, because he wanted an updated mental health evaluation for Gatton to help him determine if probation would be an appropriate sentence. The last evaluation was done in July.

Maas said the most recent evaluation conducted in January “is encouraging,” but she said she still had concerns about releasing Gatton into the community.

The probation department and SummitStone Behavioral Health Services, which has been treating Gatton while in the county jail, submitted letters to the court discussing some potential mental health treatment and services that could be available to Gatton, Jouard said in December.

“People are rooting for him to succeed,” Hay said.

In addressing Jouard, Gatton apologized for causing concern in the community and promised to never make threats again.

“I had no intention whatsoever in doing the threats I made at all,” Gatton said.

“I’m still trying to understand why my mind went in that direction.”

“I understand that the path is going to be difficult,” he said to Jouard. “… I would like for you to put your trust in me. I know you don’t have to and I will not disappoint.”

Related:Pairing therapists with cops in the field works, police say. Why don’t we do it more?

Jouard agreed with Maas that community safety should be the priority but said mental health professionals have deemed Gatton is not a threat to himself or others with mental health treatment.

Even if Jouard sentenced Gatton to the maximum amount of time in prison, Jourad said its likely he would be released for parole in less than a year.

“He would receive no long-term treatment to address mental health needs if sentenced to Department of Corrections,” Jouard said, which “would likely make the situation worse, not better.”

In the January evaluation, Gatton’s mental health is noted to have substantially improved thanks to medication and treatment through SummitStone.

In the nearly 700 days since Gatton was arrested, Jouard has attempted to order mental health treatment for him at the Colorado Mental Health Institution in Pueblo three times. Each time, mental health professionals there deemed Gatton was not a threat to himself or others, largely because he was in custody, so he was not eligible for treatment there, Jouard said.

“Despite the court’s efforts, I have not been able to obtain for Mr. Gatton for what I believe to be appropriate treatment,” Jouard said in December.

Jouard called this case “one of the more difficult, if not the most difficult, cases I’ve had,” because of Gatton’s complex mental health needs.

Gatton was arrested in March 2019 after investigators say he sent text messages to his adoptive father threatening to commit mass shootings at two unspecified schools, according to arrest documents.

In the texts — which Gatton admitted to sending — he said he was struggling to find work and that if his adoptive parents didn’t stop asking him to pay back money he owed them, he would enact his plan to “kill a lot of people.”

Hay said Gatton never had a plan to commit a shooting. Gatton allowed deputies to search his residence when they contacted him for a welfare check in March 2019. During the search, deputies didn’t find any weapons or written plans, and Gatton was cooperative, Hay said.

“He never had that plan of violence,” Hay said, adding that his statements were “clearly tied to his states of anxiety, turmoil, and (it was a) cry for help.”

Gatton was also at the center of Larimer County’s first “red flag” case early last year. Sheriff’s office Cpl. Stephen Pastecki filed the case against Gatton in January 2020, arguing Gatton should be prohibited from possessing firearms because of his “recent … credible threat of violence,” according to court documents.

Jouard approved a permanent extreme risk protection order for Gatton in May after approving a temporary order in January 2020. When he approved the permanent order, Jouard said there is “clear and convincing evidence” that Gatton was a threat.

The extreme risk protection order forbids Gatton from possessing a firearm for up to 364 days after the order is approved by a judge. However, due to his felony conviction in his criminal case, Gatton will never be allowed to own or possess firearms. Jouard also forbid Gatton from possessing any type of weapon as part of his probation sentence.

Gatton also had a pending mental health case in Larimer County court as of Wednesday, but a motion to dismiss that case was pending. Jouard said he was likely to grant the motion due to his sentencing in the criminal case Wednesday.