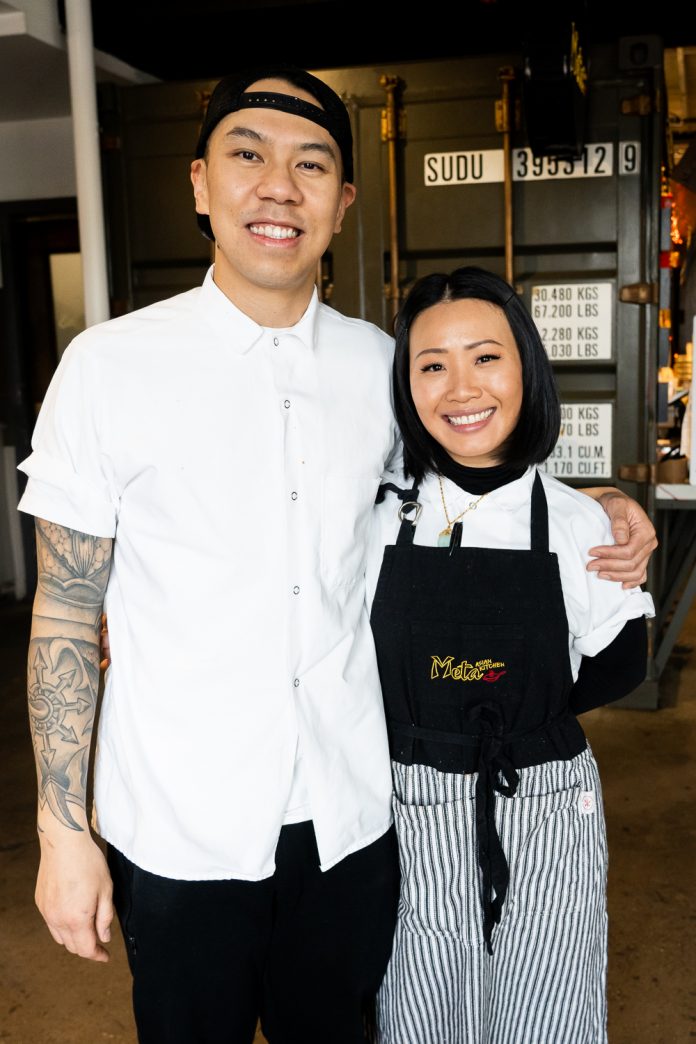 Beginning on Thursday, February 11 Meta Asian Kitchen will serve a special Chinese (or Lunar) New Year feast. The luxurious set of seven items will run alongside its standard menu through the following Wednesday, February 17. The options are split between the family meal ($53) — with seafood noodles, chef’s fried rice, Chinatown dumplings and veggie spring rolls — and three decadent add-ons including stir-fry garlic bok choy ($8), Sichuan fried lobster ($35) and, with prosperity in mind, a set of cha siu ba0 buns ($13) fittingly dusted in gold flake. The menu continues the tradition of versatility owners Ken Wan and Doris Yuen have been establishing in their kitchen since opening at Avanti Denver in late 2019. 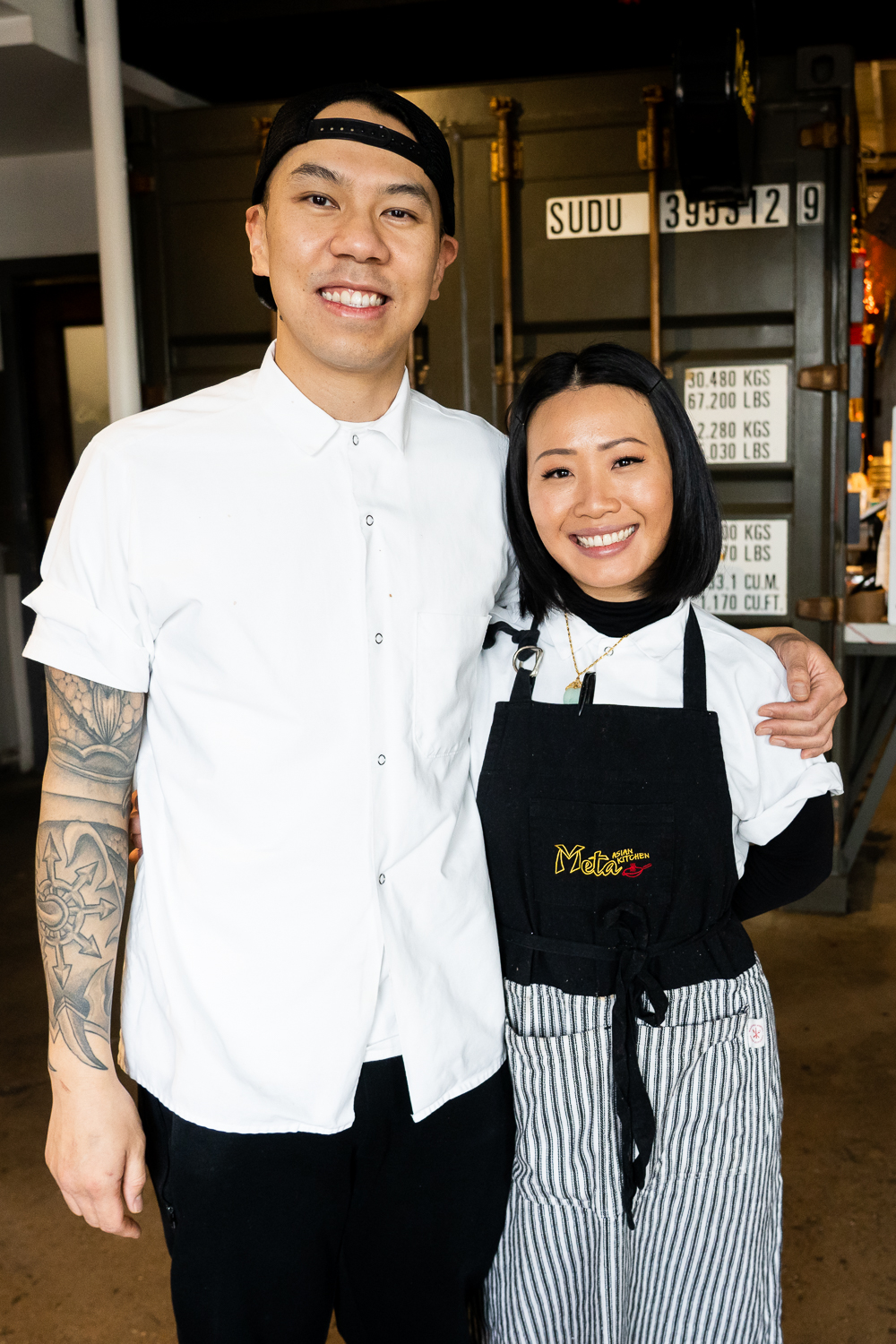 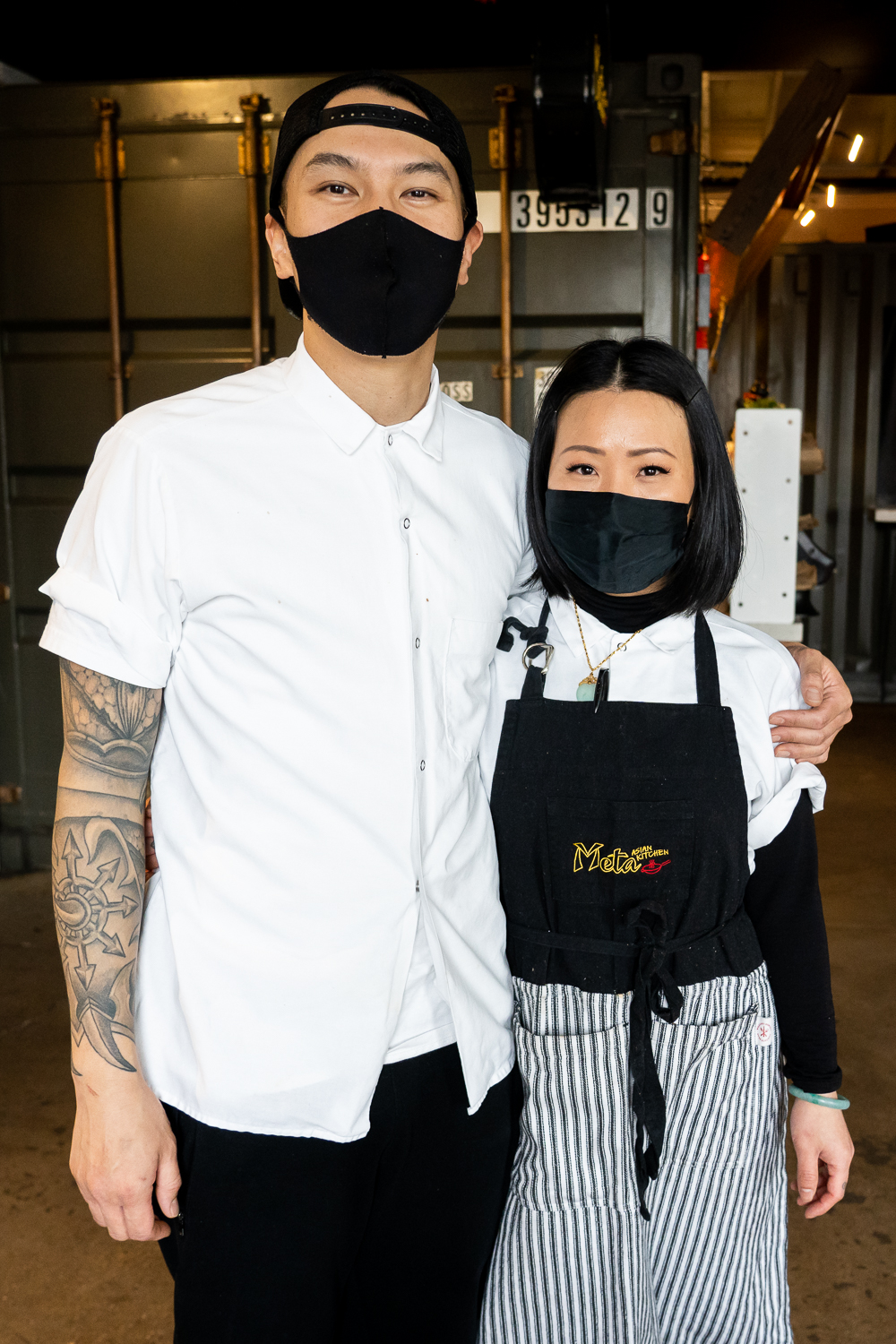 “A lot of it is based on what Ken and I like in Chinese banquets,” said Yuen. The portions are big and while Meta has never been regionally specific there is noticeable Hong Kong influence, with recipe advice coming from Yuen’s father Ricky, who spent much of his career in the city state’s kitchens. The pan-Asian menu knows no borders, with Wan’s technique-driven style coming from his previous stints in some of the New York’s most sought-after kitchens — including RedFarm, Xian’s Famous Foods, The LuckyBee and David Chang’s Momofuku Ssäm Bar. To further the offering’s variance, Wan and Yen have built a culture that nurtures the creative impulses of everyone on the line, with specials and more consistent items routinely coming from the bottom up. “We don’t want to be rigid with what we offer here,” continued Yuen. Since opening, the menu has undergone some significant changes, with this month’s feast being entirely different than the first celebratory menu introduced in 2020.

The menu is built in collaboration with Jack Daniel’s, with the Gold — an edition aged in maple barrels — finding its way into several of the dishes and a paired cocktail developed by Avanti beverage director Christopher Stotts. The seafood noodles incorporate a crunchy nest of Denver-based Kwan Sang Noodles heaped with shrimp, calamari, fish, carrots, and snow peas. The chef’s fried rice updates the restaurant’s standard offering with a carnivore-friendly mixture of steak, chicken, and cha siu pork. The cha siu bao bun comes with juicy thick-cut slabs of barbecue pork brushed with house-made Jack Daniel’s Gold sauce, topped with scallions, hoisin and a perfectly immoderate dusting of gold flake. Perhaps best exemplifying Meta’s employee-driven ethos, the five-spice cinnamon-sugar churros ($8) with Jack Daniel’s cajeta toffee came directly from line cook Emanuel Urban. While the feast is not built for moderation, the churros do a decent job of stealing a fair bit of the limelight and without question deserve at least a corner of what will inevitably be limited stomach real estate.

In true Chinese New Year fashion, each order will receive a red envelope — some of them containing a golden ticket that can be exchanged for a free item down the line. While the menu is expected to last the whole week, supplies are limited.

All photography by Brittany Werges.