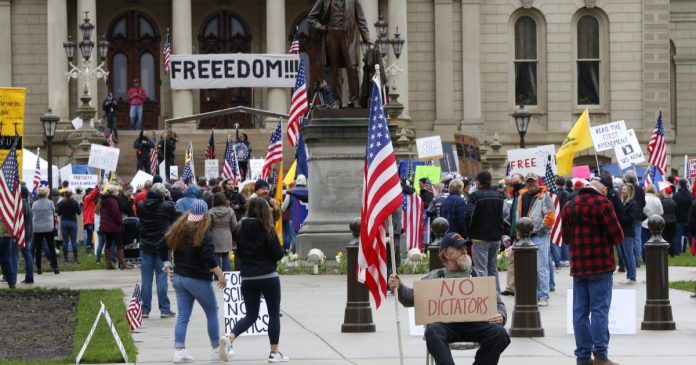 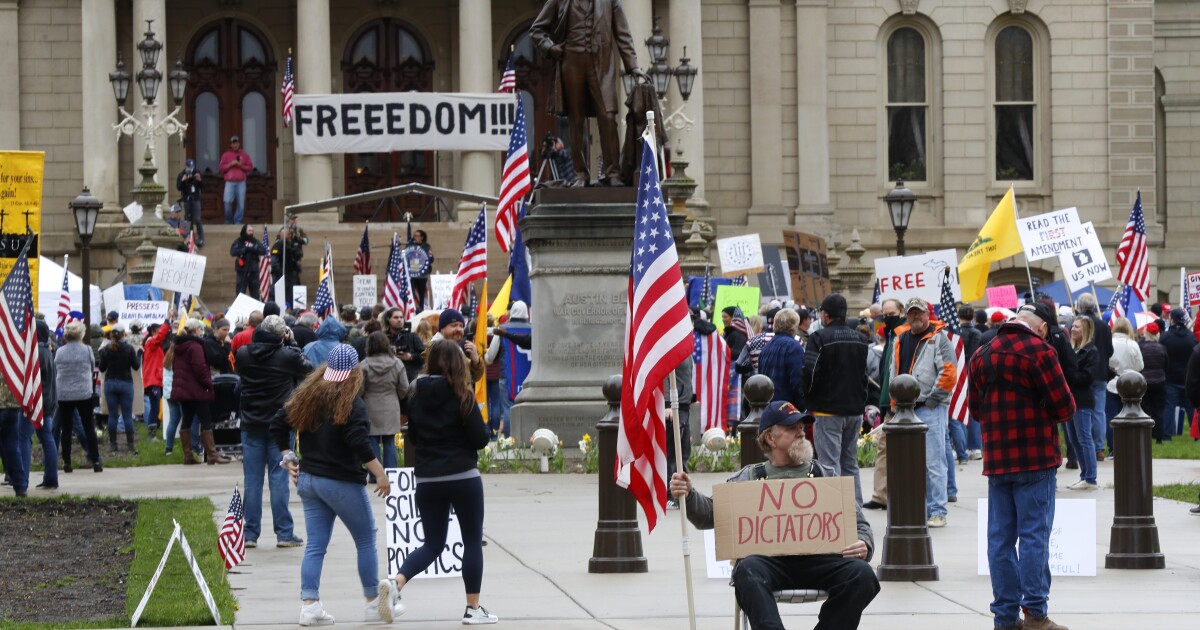 WASHINGTON — Michigan’s governor says gun-carrying protesters who demonstrated inside her state’s Capitol “depicted some of the worst racism” and “awful parts” of U.S. history.

Members of the Michigan Liberty Militia protested the state’s stay-at-home orders this week, some with weapons and tactical gear and their faces partially covered. They went inside the Capitol, where being armed is allowed, then demanded access to the House floor, which is prohibited.

Some went to the Senate gallery, where a senator said armed men shouted at her.

Michigan’s Republican-controlled Legislature has questioned Whitmer’s authority to extend stay-at-home orders amid the coronavirus pandemic. But the governor used an executive order to extend a state of emergency declaration and has directed most businesses statewide to remain closed.

Mentioned as a possible running mate for presumptive Democratic presidential nominee Joe Biden, Whitmer said Sunday, “This isn’t something we just negotiate ourselves out of and it’s a political matter.”

“This is a public health crisis,” she said.