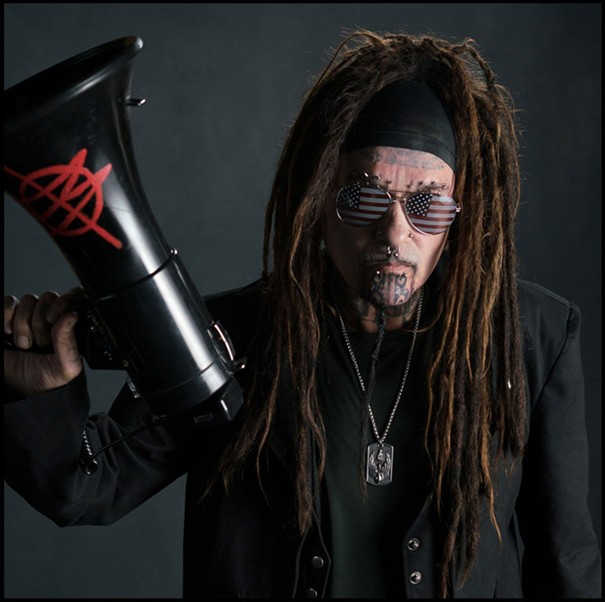 Al Jourgensen may claim to hate all of his band’s albums, but Ministry’s 1983 debut, With Sympathy, holds a special place in the nether regions of his heart. Newly signed to Arista Records, the young Chicago band was pressured into embracing the reigning New Wave aesthetic, complete with slick, synth-pop songs and meticulously coiffed hairdos.

All of that would change radically with Ministry’s sophomore album Twitch, to which legendary dub producer Adrian Sherwood lent an avant-industrial drive that Nine Inch Nails’ Trent Reznor would popularize years later. In the decades since, Jourgensen has further developed his Sturm und Drone approach to music on more than a dozen Ministry albums, as well as occasional side projects like Revolting Cocks, who paid homage to Austin, Texas, on their Beers, Steers + Queers album.

But there’s no kidding around on Ministry’s current AmeriKKKant album, a clamorous condemnation of the Trump administration and the culture that enabled it. As part of Slayer’s “The Final Campaign Tour,” Ministry’s sets have been devoted to time-tested favorites like “Stigmata,” “Jesus Built My Hotrod” and “N.W.O.,” although, with Jourgensen, nothing is guaranteed.