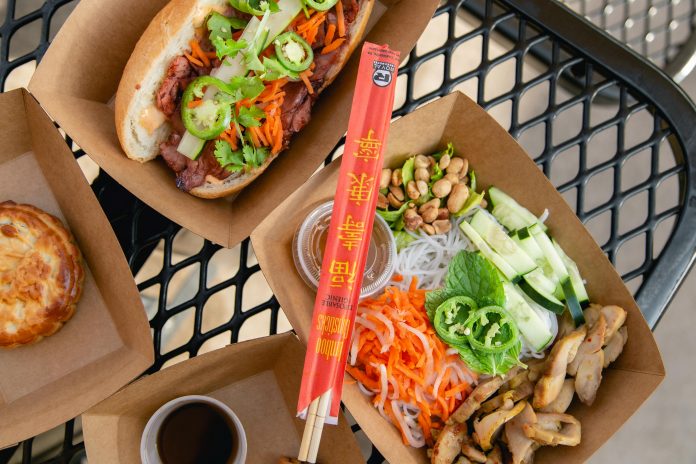 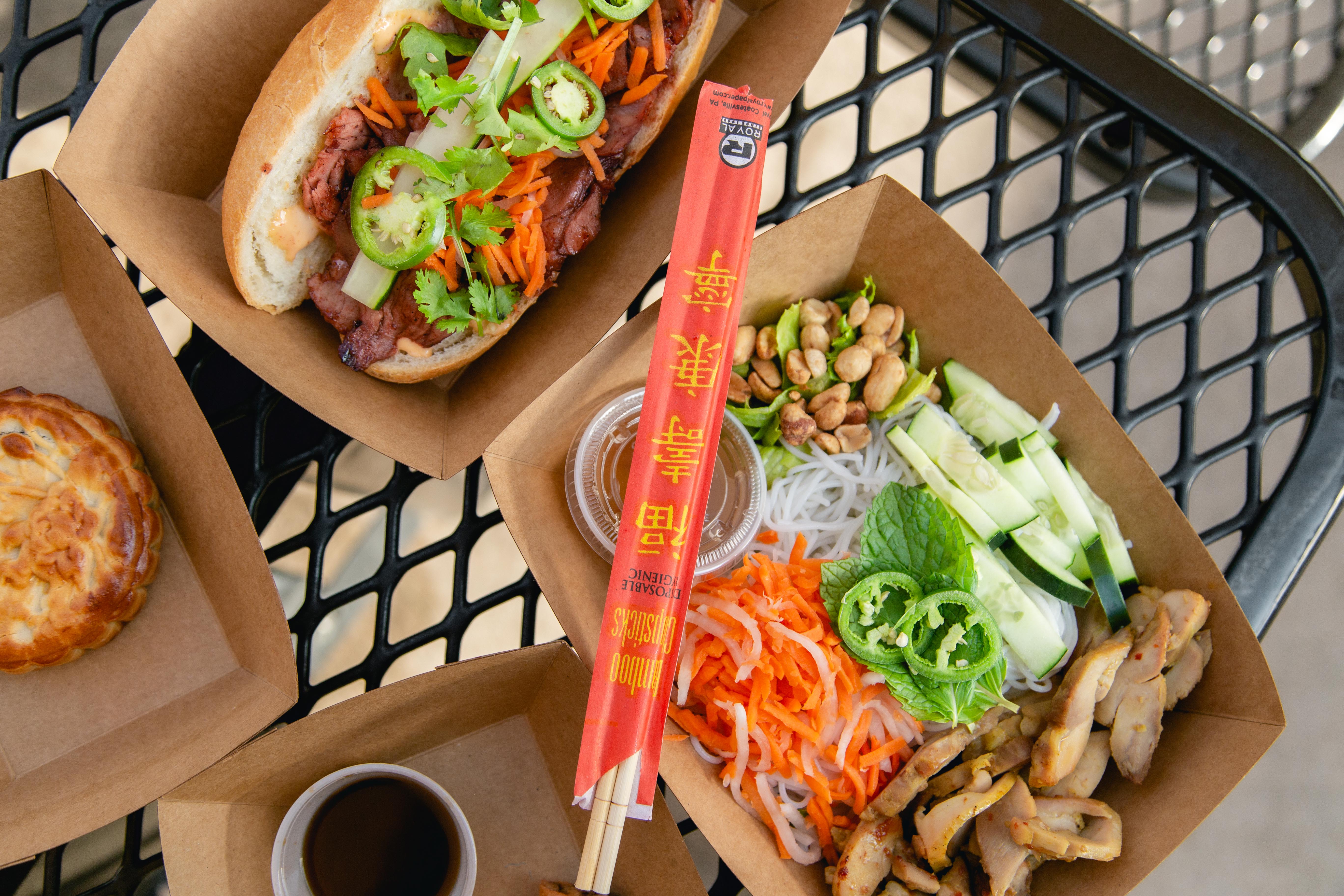 For anyone who has dined in the Orange County enclave Little Saigon — a bustling locality full of generations of Vietnamese immigrants, families and their associated restaurants  —  it may ring true that world’s best depiction of the cusine lives right there in California. Kim Bui — the owner of Miss B’s Vietnamese Truck — grew up in Little Saigon and since March 2019 has been generously sharing those flavors with the Denver community.

Bui moved to Colorado in 2012, initially taking up a position at the University of Denver teaching English to international students. Met with the opportunity to strike out on her own, Bui was initially torn between a food truck or a hand-crafted pet accessory business specializing in dog bandanas, bow ties and leashes. Luckily for the dining public, Bui’s assessment of the numbers revealed greater financial promise in food.

In the year and a half that Miss B’s has been operational, the truck has been endearing itself to a wide audience, serving mostly at breweries until COVID necessitated a broader reach. “When I was thinking of business names I had 30 – 40 ideas and a lot of the names were taken,” smiled Bui. “I want people to know there is a person behind this business,” she continued. “People get a kick knowing that Miss B is on the truck,” she said, noting the title connects directly to her time as a teacher. “It doesn’t take us long to remember customers.”

Even without formal training or conventional kitchen experience, Bui’s cooking is marvelous both in terms of dish selection and execution. Bui says the food is not necessarily a direct homage to her mother, though nostalgia clearly fuels the fire and helps to embellish the dishes with obvious affection. “My mom is definitely a major influence in my love and appreciation for Vietnamese food,” she said. “I’m the youngest of eight kids, my mom always needed help,” she continued. “Her recipes were never written down, she had the recipes in her head. Every time I missed my mom’s cooking I had to research the recipes online, I’ve been trying to piece together her recipes based on what they tasted like. I still remember a lot of the packaging,” she smiled. “My last resort is Vietnamese food bloggers.”

The menu itself changes seasonally, with an almost complete overhaul happening between the fall/winter and spring/summer options. Weekly rotating specials draw from roughly a dozen items Bui cycles through based on the availability of ingredients and whatever she may feel like cooking. “A lot of my specials are regional specialties,” said Bui. While the menu does include fare that could be picked up across South Federal, Miss B has enjoyed pushing the envelope and introducing less common dishes. “Now that I know it’s viable I feel like I have much more creative freedom,” she said. When introducing new ideas, Bui has been using social media to acquaint her audience. “I’ve just been marketing the hell out of it,” laughed the chef.

The Crispy Saigon Pork Rolls —  with a vivid mince of seasoned pork, carrots, bean thread noodles, wood ear mushrooms and onions — come from one of Bui’s grandma’s recipes and have thus far been the truck’s most popular seller. The Banh Mi — available with hoisin-honey glazed pork, sassy lemongrass chicken or ginger maple tofu — is a triumph, especially in a city with no shortage of sandwiches. This month, the truck has been offering Moon Cakes — a dense, red-bean-filled pastry as emblematic of the Mid-Autumn Festival as colorful lanterns and raucous children. “I’m trying to replicate the food I loved as a kid and share that love with Denver,” said Bui.

With Bui’s generally whimsical approach, pop-ups have acted as an opportunity for her to further explore deeper recesses of the cuisine. Generally developing entirely new menus, Bui hosted a Taiwanese-focused event at Ace Eat Serve last month, with a range of central Vietnamese selections set for an upcoming function with Tea Street on October 19. Another is in the works with Living the Dream Brewing, slated for November.

Even as Miss B’s location varies, the truck does have a semi-permanent residence at both Long Table Brewhouse and Station 26 Brewing Co — pulling up at the former every other Thursday and the latter each Tuesday. “After filling in three times for their Tuesday truck they gave me a permanent spot,” she said. Bui usually does three to four services a week and intends to continue throughout the winter. “As long as there’s not an active storm going I’m here,” she grinned. The truck’s scope now includes neighborhood events and school fundraisers, with lunch dropoffs joining the already busy schedule.

While doing good business is certainly helpful, Bui’s desire to run Miss B’s is clearly motivated by deeper principles. “Having a food truck is all about connecting with the community and feeding people from all across the city,” said Bui. “I’m happy to follow in the footsteps of VX3 and I’m happy to see other Vietnamese-Americans following in my footsteps,” she continued. “My hope is that the torch just continues to get passed down.”