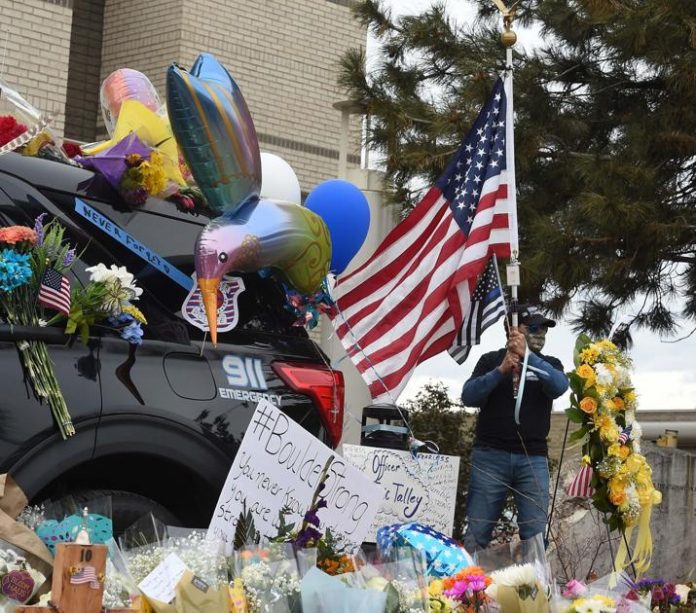 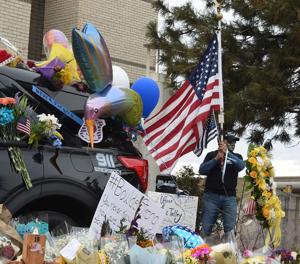 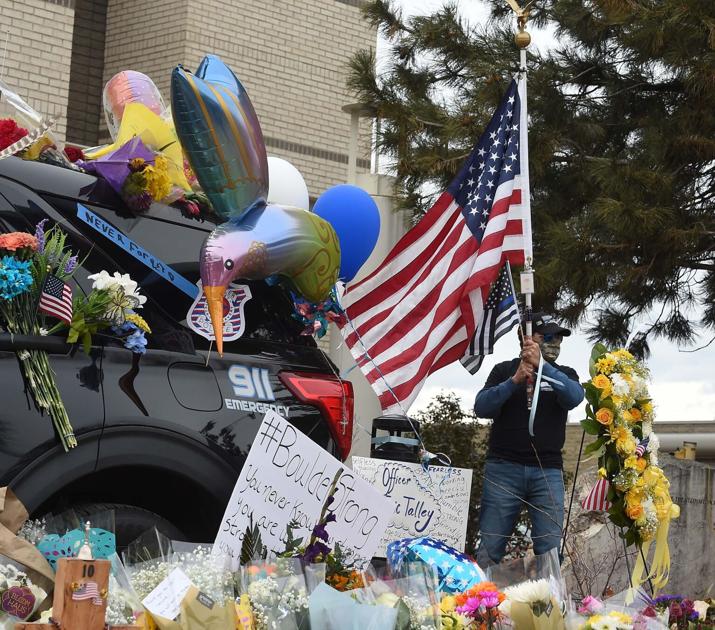 In moving to confront the gunman storming a Boulder King Soopers, Officer Eric Talley appears to have acted on the latest guidance for how police respond to shooting sprees: to put innocent lives above their own.

Talley, who was among 10 people killed in Colorado’s latest mass shooting, placed himself in danger at a time when commonly accepted law enforcement protocols ask patrol officers to immediately intervene, even at extreme risk, if they think waiting could lead to further bloodshed, several experts told The Gazette.

“The idea now is to engage as quickly as possible — to get the shooter’s attention on law enforcement and to try to stop the active harming of people,” said Paul Taylor, a former University of Colorado at Boulder police officer who teaches criminal justice as an associate professor at the University of Denver.

“We need to protect innocent people,” he added. “We need to prioritize their lives above even law enforcement lives.”

Taylor, who said he knew Talley, 51, from their time in law enforcement together in Boulder, choked up in discussing the father of seven and 11-year police veteran, recalling him as a “fantastic human being” and a “caring person.”

While Talley’s actions are not fully known, his death underscores the immense pressures faced by police in the age of mass shootings. It also highlights the role Colorado has played in shaping how officers across the U.S. respond to them — with the shootings at Columbine High School in Littleton more than two decades ago serving as a dark turning point.

For much of policing history, officers used to set up a secure perimeter and wait for backup before thinking about moving on the suspect when responding to a mass shooting.

But that strategy largely changed after two Columbine High School students went on a shooting spree inside, killing 12 classmates and a teacher before killing themselves. SWAT teams entered the school 47 minutes after gunfire erupted.

Since then, police have adopted a strategy that pivots responsibility largely to patrol officers, or those first on the scene, and prioritizing a fast response to stop the shooter.

“The understanding is that every moment that is delayed for police response can result in the loss of additional lives,” said Keith Taylor, a 23-year veteran of the New York Police Department and former supervisor of its SWAT team.

Much like the death of George Floyd, who died in custody of Minneapolis police, Keith Taylor said Columbine “shook the consciousness of America.”

While departments used to rely on specialized units, the instantaneous decision on how to stop the threat now falls on patrol officers, said Rod Walker, former deputy chief of Colorado Springs Police Department.

“The more we train our officers in these types of situations and expose them to these types of things, the better response we are going to get,” said Walker, who is now a senior instructor at University of Colorado at Colorado Springs.

“But, when someone is actively shooting and injuring and killing people, there’s not a lot of room for decision-making on what you need to do. You need to stop that, and that’s your duty to stop that,” he said.

He pointed to one of Colorado Springs’ deadliest shootings in November 2015, when a lone shooter went on a rampage at the city’s Planned Parenthood clinic, killing three people and wounding nine.

“We lost an officer in the Planned Parenthood. But officers getting there quickly and being able to confront that suspect and push him back certainly saved lives,” Walker said.

Police who fail to respond may find their careers in jeopardy, as in the wake of the February 2018 massacre at Marjory Stoneman Douglas High School that left 17 dead.

Four officers were later fired for “neglect of duty,” including a Broward County sheriff’s sergeant who hid behind his truck and a deputy who ran from the gunfire, according to published reports. At least some of those officers got their jobs back after appealing on procedural grounds.

“It’s unambiguous as far as the public is concerned,” said Paul Taylor of DU. “We want the police to be there. We want them to respond we want them to be very knowledgeable and trained and able to respond in that circumstance.”

Officers, meanwhile, are left to reckon with that obligation.

“I think these types of events do weigh on officers,” Paul Taylor said. “It’s become a focus of training and a focus of personal evaluation for officers — am I ready to respond to an event like this?”

More details about the deadly shooting, including Talley’s response, are likely to emerge in coming weeks as the investigation continues and prosecutors pursue their case against the man they say is responsible, Ahamad Al Liwi Alissa. The 21-year-old was charged Thursday with 10 counts of first-degree murder and more counts are expected.