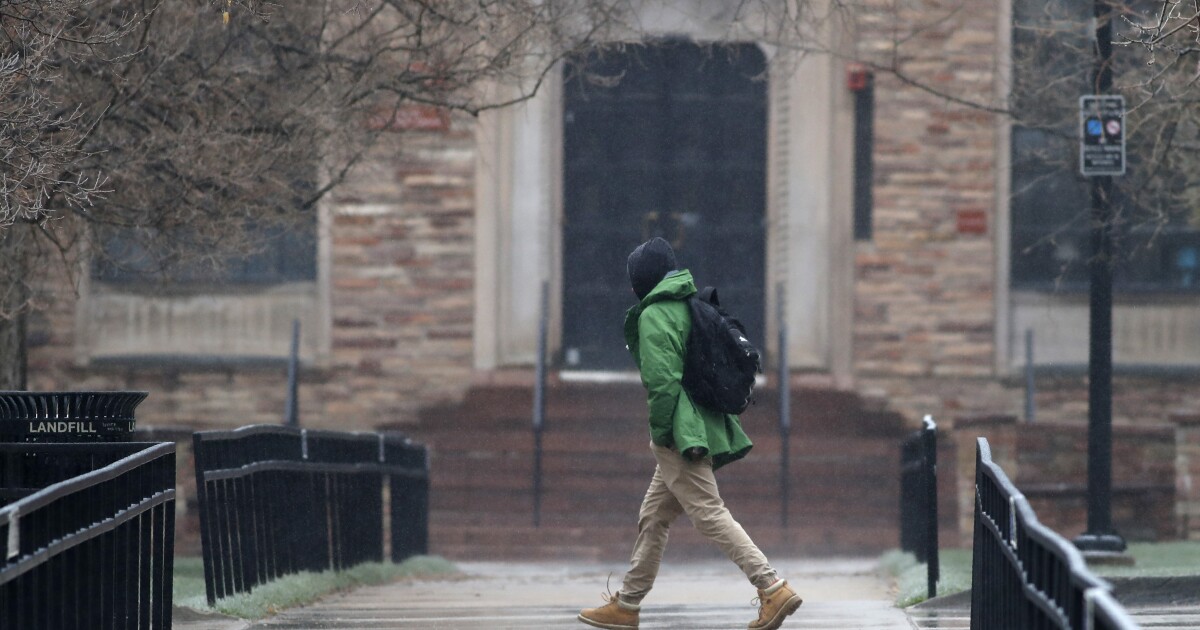 DENVER – People aged 18-22 in Boulder will be able to gather in groups of two, rather than no groups at all, after the county health department modified its public health order Monday.

Boulder County Public Health said the changes were made because of feedback from the community that included young adults saying they did not always feel safe while alone and asks for more provisions for legal activities and people with disabilities, the health department said.

The health department says that students concerned about walking alone on campus can contact CU police at 303-492-6666 and can download the Guardian app and designate a friend or family member as a guardian who can track their movements.

The amended order also allows for people living at 36 addresses identified by the health department as repeatedly violating public health orders – who were ordered to stay at their residence at all times except for medical care, solo outside exercise, and getting food and medical supplies – to leave the property “for Essential Activities and Essential Travel or as required by law.”

“This will allow students to leave their residence to move their car to avoid parking tickets, for example,” the county health department said.

The health department has also created an exemption process for people living in the properties ordered to stay at home, though the department says people will have to show they are experiencing financial hardship because of the order, that they have a job and that they are now less likely to be contagious with COVID-19 following a positive test result in the past 90 days.

“Designation as an ‘essential worker’ is not sufficient reason to be granted an exemption, nor is a negative test for the COVID-19 virus,” the health department said.

The health department’s limitation on gatherings among college-aged students are among several steps taken to try to limit the spread of the coronavirus in Boulder, which they say stems mostly from illegal gatherings among students.

On Friday, the health department issued an emergency order that went into effect at 5 p.m. Friday that prohibits the sale of alcohol at bars, restaurants and clubs between 10 p.m. and 7 a.m., which also runs through noon on Oct. 8.

The statewide “last call order” had already prohibited sales at those types of businesses after 11 p.m., but Boulder officials said that the earlier time is aimed at slowing “the increasing spread of coronavirus among young people in Boulder.”

Boulder is in the state’s Safer at Home Level 2 status, but the city warned that it could have to move to Level 3 if cases continue to rise, which would impose further restrictions on city residents and businesses.

The university is remote learning through at least next Wednesday amid the spike in cases.

The Denver Post reported Saturday that more than 500 students had withdrawn from the university since the beginning of the fall semester amid the surge in cases, move to remote learning and restrictions.