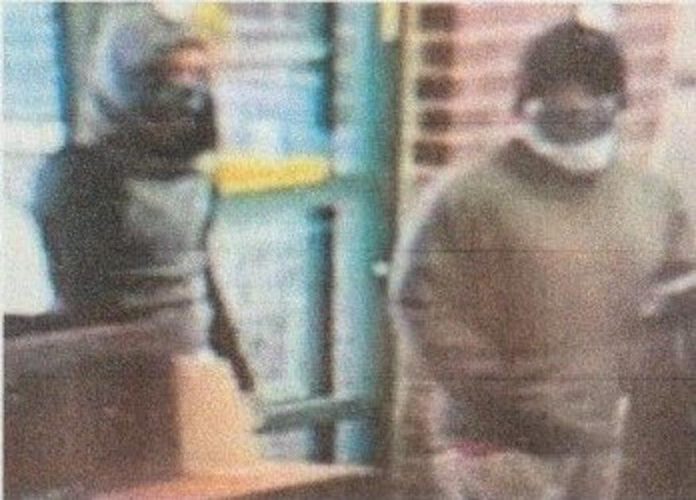 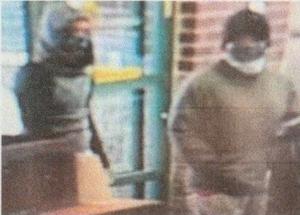 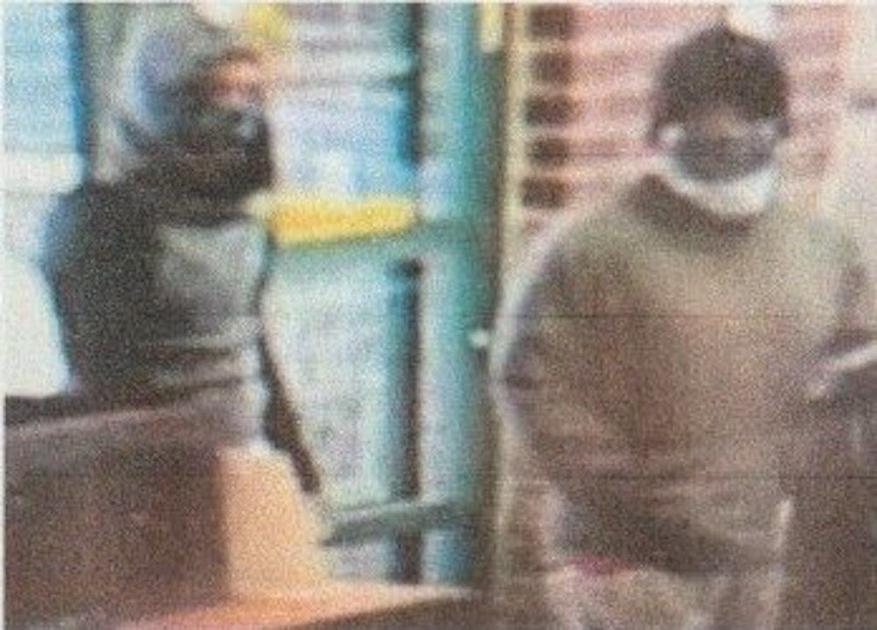 Monument police are looking for two men who robbed a bank Tuesday afternoon, according to a news release.

The men, who did not show a weapon or threaten the tellers, walked out to the parking area with an undisclosed amount of cash and drove off. Police said their car is a light grey or silver Toyota Avalon with no front license plate.

The suspects, who appeared on security footage inside and outside the bank, appear to be 20 to 30 years old and 5 feet, 8 inches to 5 feet, 10 inches tall, police said. One wore a black knit hat and the other wore a hooded sweatshirt with the hood pulled over his head. Both men wore facial coverings and gloves.