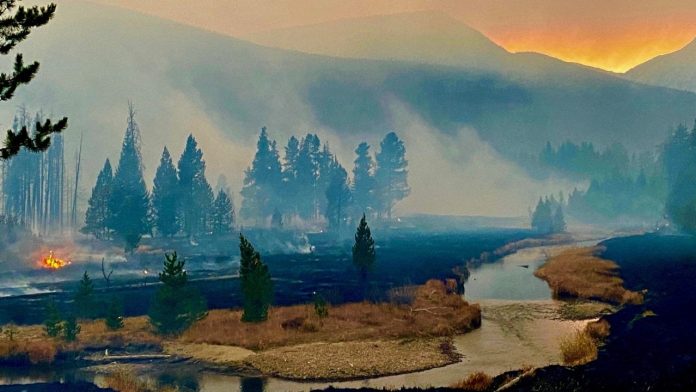 The fire ran approximately 18 miles before it moved into the west side of the park, spotted over the Continental Divide and crept to the edge of Estes Park before favorable weather helped firefighters halt the fire’s advance several days later.

About 30,000 acres or 9 percent of the park was impacted by the East Troublesome and Cameron Peak fires.

On Thursday, the park announced the Moraine Park Campground reopened and is first-come, first-served during winter. The Moraine Park Road is open to the campground but is closed beyond that point.

Also on the east side of the park, the Upper Beaver Meadows Road has reopened to pedestrians and leashed pets but is closed to vehicles for winter. The Beaver Meadow Trail at the end of the road remains closed.

In the Bear Lake area, access has reopened from the junction of Flattop Trail to Lake Helene. The trail past Lake Helene to Odessa Lake remains closed. The Flattop Trail is open to the summit of Flattop Mountain but is closed past this point to west of the Continental Divide.

Trails that remain closed in the Bear Lake area include:

Also, the trails that remain temporarily closed are:

On the west side of the park, U.S. Highway 30 from the Grand Lake Entrance to the Colorado River Trailhead reopened Thursday.

Trail Ridge Road is closed at the Colorado River Trailhead for winter.

The Kawuneeche Visitor Center will remain closed until Dec. 19, however restroom facilities are open and park staff will be providing information outside of the visitor center when weather and staffing allow.

The fire ban put in place since Aug. 14, one day after the Cameron Peak Fire started, has been lifted.

The Cameron Peak and East Troublesome fires were 100% contained recently but not until after they had burned more than 400,000 acres.