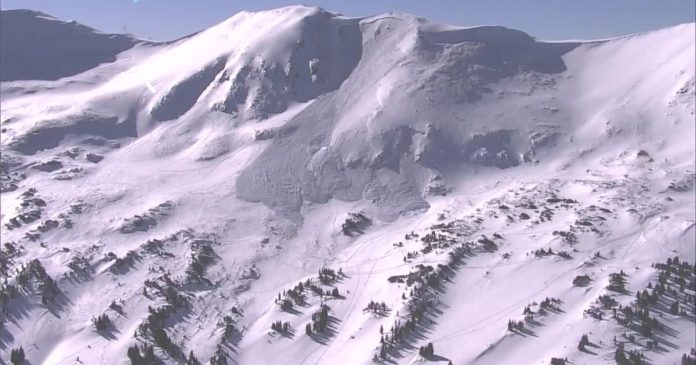 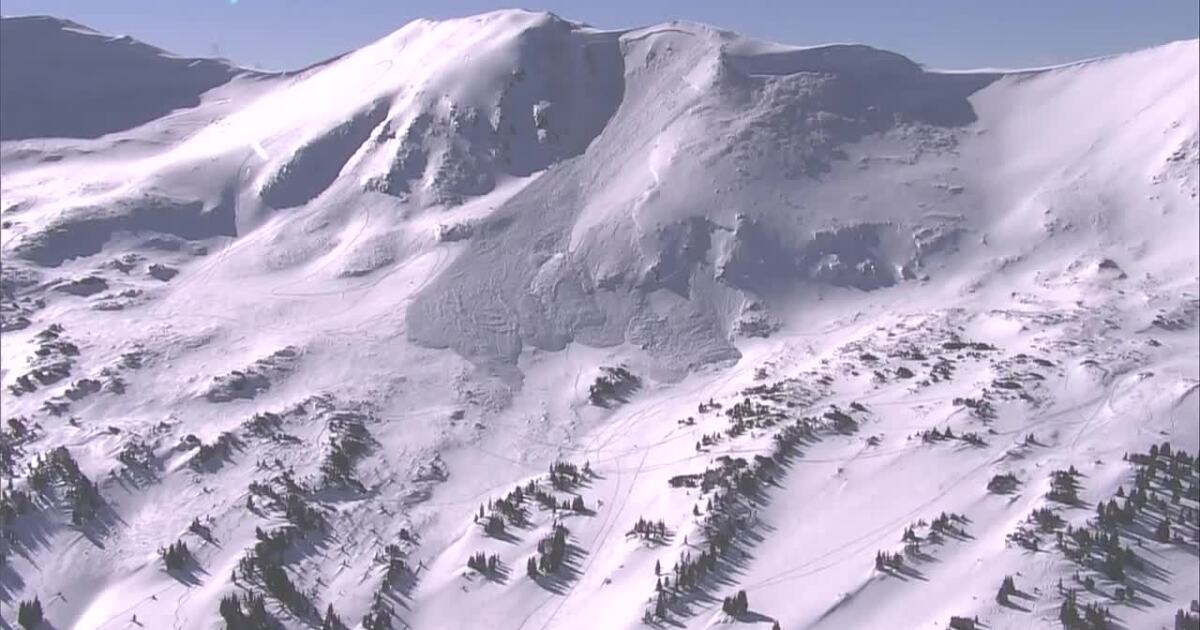 DENVER – More people were caught in large avalanches in Colorado Friday – near Jones Pass and Loveland Pass – in what continues to be a dangerous season for people in the backcountry.

The CAIC said no one was seriously injured in either avalanche but that both required Search and Rescue missions.

The Alpine Rescue Team said one person was originally reported trapped in the “very large” avalanche near Jones Pass. The team, along with first responders from Clear Creek County, a ski patroller and avalanche dog from nearby, CAIC officials and Flight for Life Colorado, eventually discovered the snowmobilers were safe despite triggering a second avalanche as they escaped the first.

The avalanche near Loveland Pass in the “No Name” area involved two people – one of whom was partially buried who was dug out by their partner. One of the two deployed their airbag device, crews said, and neither were injured.

The thicker slabs of snow that have been building the past few weeks are sitting on top of a weakened layer of snow that formed in November and December across the state, which has led to an influx of avalanches in a season where officials and forecasters expect more people in the backcountry because of the coronavirus pandemic.

“The size of avalanches is increasing as slabs gradually become thicker and connect across more terrain. The chance of triggering an avalanche is not going down, but the consequences of getting caught in one are going up,” the CAIC said Friday. “This avalanche concern is not going away any time soon. Choose terrain carefully and check the avalanche forecast to help identify the most suspect slopes.”

Avalanche danger was “moderate” across the state at all levels of elevation and mostly on north-facing to southeast-facing slopes.

“Steep wind-drifted slopes facing north to east to southeast continue to be the most dangerous and likely places to trigger a large avalanche. Avalanches are breaking deeper into weak layers buried near the ground, causing more destructive avalanches in these areas,” read Friday’s avalanche forecast for the Vail and Summit County zone.

By Friday evening, however, the CAIC issued a Special Avalanche Advisory for the Front Range, Vail, and Summit County zones through the weekend, warning that large, dangerous, human-triggered avalanches were likely in these areas.

“Stay off and out from under steep north, northeast, east, and southeast-facing slopes near and above treeline. Dangerous conditions exist on these specific slopes. Large, dangerous, human-triggered avalanches are likely in these areas. Be careful if you are traveling in the Front Range and Vail and Summit County zones this weekend,” read the advisory.

The Summit County Rescue Group was involved in the search and rescue operations for the avalanche near Loveland Pass Friday and say they have continued to see an increase in the number of rescue calls made in recent years.

The search-and-rescue group has already responded to 11 calls in 2021 after Friday’s avalanche and a call from a family stuck in the snow in an ATV in the Williams Peak area as well on Friday, and three calls Thursday.

“This year is setting up to be sort of like 2020, which was far and away our busiest year overall,” said Charles Pitman, with Summit County Rescue Group.

“A lot of these missions, they’re very tiring. When you’re hiking up to the top of a 14,000-foot peak and you’ve got a 30 or 40 pound pack on and it’s subzero weather, and this goes on for hours and hours and hours, and then you get back down and find out a few hours later you have another mission – it’s a lot of stress on the team,” Pitman said.

He and other avalanche scientists and rescue group members advise people who are traveling in the backcountry to check the CAIC forecast, be prepared with avalanche beacons and transceivers, only go in groups and not to travel on or below slopes of 30 degrees or greater, which often carry the highest avalanche danger.