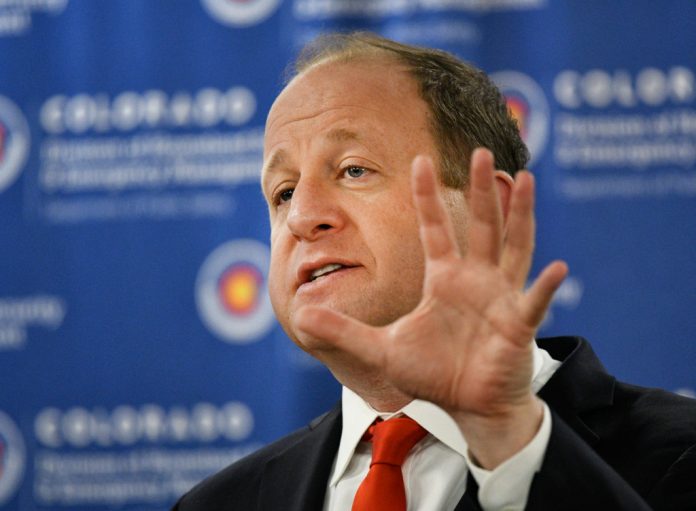 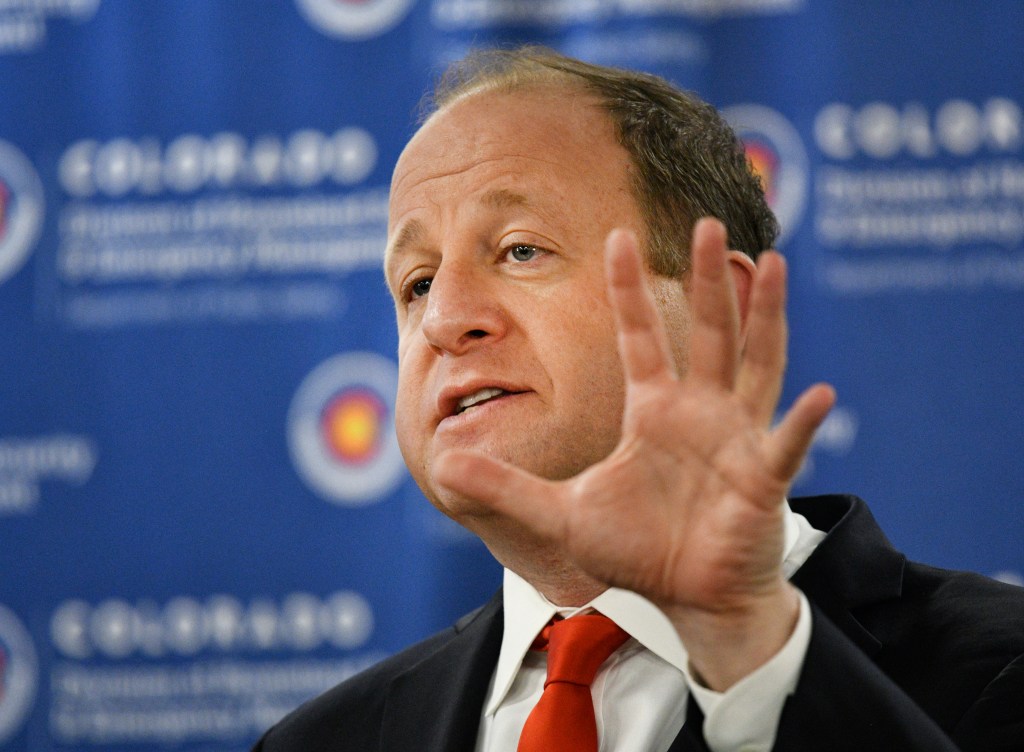 Gov. Jared Polis has made working with Colorado’s neighboring states part of his strategy to emerge from the grip of the coronavirus contagion, pointing to cross-border collaboration more than once during his daily COVID-19 press briefings last week.

But the governor acknowledged that states surrounding Colorado “have different policies” with “different trajectories of the infection.” Cooperation, Polis said, will be the watchword if Colorado wants to escape a resurgence of the deadly virus once the state reopens for business.

“Even if we’re somehow able to contain it better here, people would come from … other states and unless they’re about in the same place we are, it could make it worse,” the governor said Tuesday.

And yet, most of Colorado’s neighbors are not taking the same approach to the pandemic as the Centennial State. Colorado’s stay-at-home order, issued by Polis on March 25, directs people not to venture from their homes unless absolutely necessary. Wyoming, Utah, Nebraska and Oklahoma, which share a border with Colorado, comprise half of the eight states nationwide that have not enacted such a policy.

Maintaining physical separation between individuals has been key to slowing the spread of the coronavirus, which worldwide has infected more than 2 million people and killed more than 150,000.

Colorado’s neighbors are achieving social distancing in different ways. Utah Gov. Gary Herbert in late March issued a “Stay Safe, Stay Home” directive that falls short of a mandatory stay-at-home order, citing it as a “more positive route” to corralling and eradicating the virus. Wyoming Gov. Mark Gordon told reporters in his state that stay-at-home directives need to come from local government authorities, not the state.

“Are you waiting for ‘Mother may I?’” Gordon said earlier this month. “Or are you taking care of yourself and practicing the common sense we expect?”

Nebraska has more than 1,000 COVID-19 cases with more than 20 deaths while Oklahoma has about 2,500 cases and more than 130 deaths. Nebraska’s governor has limited public gatherings to 10 or fewer people, and several big cities in Oklahoma have put stay-at-home measures in place.

Meanwhile, bordering states that do have stay-at-home orders in place vary in outcomes, with approximately 1,700 known cases at the low end in New Mexico and Kansas, and more than 4,500 in Arizona.

At first glance, it would appear that Colorado and its neighbors are largely taking similar steps to combating the coronavirus — ordering the closure of schools, restaurants and venues where people congregate — and that the lack of an official stay-at-home order is a distinction without a difference.

But Colorado’s decision to take the extra step could prove valuable in keeping its ultimate case numbers down, said Dr. John Douglas, executive director of the Tri-County Health Department, which oversees Adams, Arapahoe and Douglas counties.

“Given the models in terms of what we could see with a surge (of COVID-19 patients), we knew we had to get ahead of this,” said Douglas, whose agency issued its own stay-at-home order shortly before Polis issued one statewide. “We felt the smartest thing to do was to have the most complete social distancing we could achieve.”

“To a point, we’ve let fear guide some of the policies that have come out,” said Ray, who wasn’t comfortable with Herbert’s decision to shut down restaurants in March. “I think you cross the line when you quarantine healthy people.”

It’s not just the profound economic damage that is wrought by government orders telling people to stay home, Ray said, but also the social harms those policies engender.

“What are we looking at with suicides?” he asked about those suddenly finding themselves jobless and without a means to support their families. “How many people are back to using drugs because they have lost that social network in rehab?”

He said Utah, like Colorado, has a relatively healthy and active population that may not be as susceptible to the ravages of COVID-19, which has the greatest impacts on the elderly and sick. Thus a “one-size-fits-all” approach, like a statewide stay-at-home order, isn’t always necessary, Ray said.

Colorado far exceeds all of its neighboring states in per-capita cases, whether those states have stay-at-home orders in effect or not, according to a database kept by The New York Times. Utah, with a population a little more than half of Colorado’s, has more than 2,700 cases of COVID-19 with 23 deaths, as compared with more than 9,000 infections and nearly 400 deaths in Colorado.

Lily Everett, a physician’s assistant in Salt Lake City, said for states that are largely rural with smaller populations, stay-at-home orders may not be needed. But with more than 2.5 million people living in Utah’s Wasatch Front, which includes Salt Lake and Provo, it is needed. Everett is pushing for a statewide stay-at-home order in Utah despite the state’s relatively modest caseload.

She started a Change.org petition in March that has collected more than 18,000 signatures.

“Social distancing is not enough,” the petition reads. “This petition is meant to urge Governor Gary Herbert of his responsibility to protect the people that he serves and immediately enact a ‘shelter in place’ order for all of Utah.”

Everett told The Denver Post that a stay-at-home order would effectively impart the gravity of the situation to Utahns.

“Just a few individuals can put hundreds and thousands of lives at risk,” she said. “It gets frustrating when you see people getting together and playing sports, or gathering at trailheads. For people who don’t take it seriously, those people need to be held accountable because they’re putting public health at risk.”

Christine Porter, a public health professor at the University of Wyoming, also favors a mandatory stay-at-home order in her state though she said some disease models indicate that Wyoming’s coronavirus caseload likely won’t exceed the state’s 44 intensive care unit beds and 137 ventilators. The state ranks near the bottom nationally for coronavirus cases with around 300 known infections and two deaths.

“Probably the biggest impact (a stay-at-home order) would have is making more people take the advice more seriously,” she said. “It would be a social effect, including taking the pressure off individuals to make these decisions.”

Porter points to mobility reports issued by Google as evidence that stay-at-home orders make a difference. The latest data set released by the tech giant shows that of the seven states surrounding Colorado, travel to retail and recreation venues is lower in states with a stay-at-home order in place.

Visits to those venues in Colorado has gone down 46% over the last few weeks, whereas that decrease was 42% in Utah and 41% in Wyoming. Whether that difference will result in better outcomes for Colorado as compared to its neighbors is a difficult question to answer, Porter said.

“Small things can tip the balance, but maybe this won’t,” she said. “It does show that other approaches short of shelter-in-place, including social pressure, have been very effective in reducing mobility overall.”

One common denominator among Colorado and adjacent states: Regardless of the measures put in place, pushback to them is growing. Protests erupted in Ohio and Michigan against coronavirus-related shutdowns while a mall in Nebraska announced last week that it plans to re-open at the end of April, despite warnings from health officials that it’s too early.

In Oklahoma, the city of Vinita was sued last week after it issued a stay-at-home order.