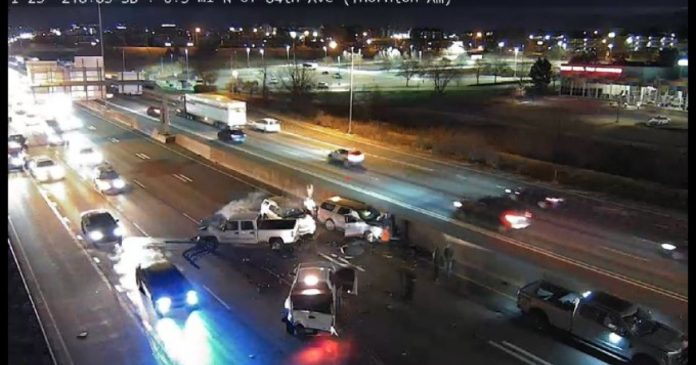 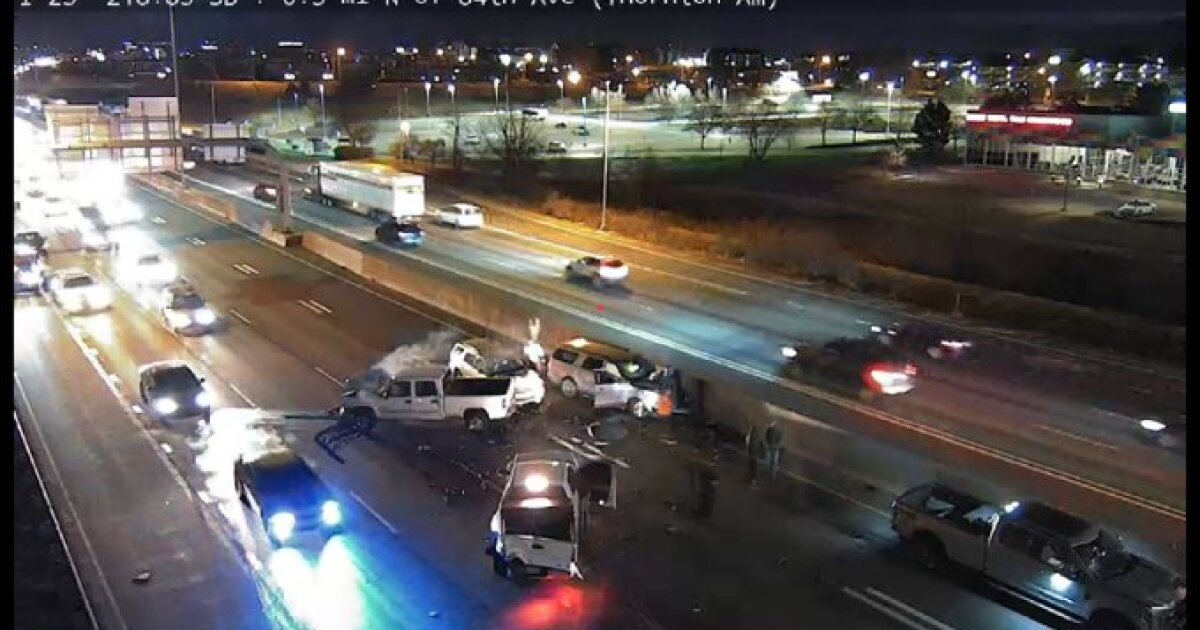 Officer Matt Barnes with the Thornton Police Department said according to preliminary reports, the department believes there were two separate crashes in that area — one with up to five involved vehicles.

The crash occurred shortly before 6:15. a.m. For about an hour, four lanes were blocked and one lane of traffic was getting by. Traffic was backed up to 120th by 6:30 a.m.

Denver7 Traffic Reporter Jayson Luber recommended that drivers leave I-25 and use Huron Street, Washington Street or Federal Boulevard south to Highway 36 to get around the crash.

The work continues to clear this crash on SB 25 at 84th. Just 1 lane is open. Speed map is estimating a 90 minute delay if you stay on SB 25. Best bet is to use Federal south to highway 36 then back to I-25. pic.twitter.com/gepc5qQkOd

Police did not yet have information on injuries.